Next month, Walker’s Point (by way of Madison) brewery MobCraft Beer will celebrate its ninth anniversary and its sixth year in Milwaukee with a familiar event. Yes, MobCraft’s 4th annual “Weird Fest Block Party” will bring a winning mix of beer, live entertainment, local vendors, and food to the streets outside its taproom—5th Street and Virginia Street, to be exact—on Saturday, July 30.

From noon to 10:30 p.m., attendees can “get weird” by taking in a Mondo Lucha! performance, enjoying live music from the likes of Spare Change Trio and Ethan Keller Band, watching belly dancing and fire dancing demonstrations, browsing goods from a variety of local makers, drinking specialty beers from MobCraft, and partaking in food from area establishments.

Following last year’s apology that came after including common Asian dishes in its “weird” menu, the brewery has done away with any “weird” descriptors for the food it will serve. In addition to MobCraft’s menu, there will also be not-at-all-weird offerings from Café Corazon and Style Pop Cafe on hand. However, MobCraft is teasing some self-described “weird” beers that will be available at the event.

As you wait for the tap list to be revealed in full, save the date. It sounds like things are going to get weird outside MobCraft on Saturday, July 30. Or, more likely, it will just be a fairly normal block party that will still be fun. 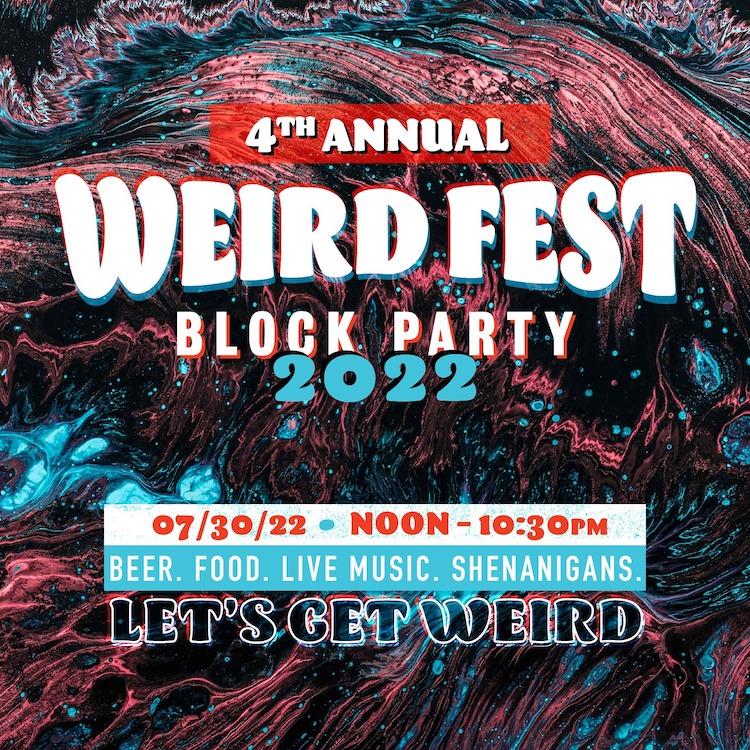