I want to be really clear right now: There is no shame in having an STI. None. Zero. It will happen to a lot of us during our lifetime, and that’s okay. It’s kind of like food poisoning. No one is ashamed of getting food poisoning. But we still know better than to eat raw chicken. With STIs, it’s also important that we do our best to prevent them, and that we get appropriate treatment if it happens.

For several years, the Centers for Disease Control and the World Health Organization have been warning us that a super strain of gonorrhea was evolving beyond the available treatments. But did we listen? No, not really. And now, just as predicted by the two biggest health organizations in the world, we’re in a lot of trouble.

What exactly is gonorrhea?

Gonorrhea is a sexually transmitted bacterial infection. Gonorrhea can be passed orally, vaginally, anally, and via the penis, and can infect the genitals, the rectum, and the throat. However, it is preventable with the regular use of barriers during sexual contact (condoms, dental dams, gloves). Gonorrhea is tricky because there are often no symptoms for a long time. The infection can get quite serious before a person is even aware they have it, and they can unknowingly share it with partners. The infection takes a particularly hard toll on women, as it can lead to pelvic inflammatory disease, ectopic pregnancy, and infertility. It can also increase HIV infection risk.

Until very recently, it was considered a treatable STI. Typically one dose of two different antibiotics (given by injection) was sufficient to treat the infection. But over the course of the last decade or so, gonorrhea has evolved so quickly that antibiotics simply can’t keep up. 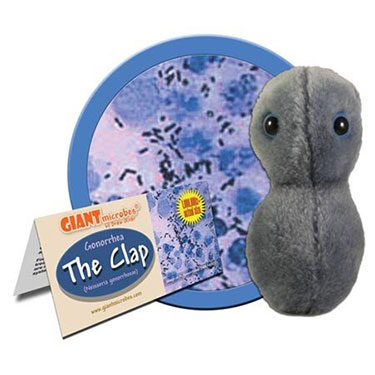 How bad is it?

Well, it’s pretty freaking bad. There are no affordable, accurate, point-of-care diagnostic tests available for gonorrhea, so many people aren’t being diagnosed until things are serious. And because many lower-income countries don’t have adequate abilities to diagnose, treat, or report cases of gonorrhea, we have no idea how extensive the problem is.

The WHO released a statement about three cases of untreatable gonorrhea among three different people who are not partners, who do not know each other, and who are not even on the same continent—the patients live in Japan, France and Spain.

Outbreak News Today says that Mexico has seen a 162 percent increase in new gonorrhea infections (2364 this year versus 902 cases in the same period last year).

But this issue isn’t limited to faraway places. The WHO Global Gonococcal Antimicrobial Surveillance Programme (WHO GASP), collected data from 77 countries between 2009 and 2014 that “show[s] widespread resistance to ciprofloxacin (97 percent of reporting countries), increasing resistance to azithromycin (81%), and the emergence of resistance to the current last-resort treatment: the extended-spectrum cephalosporins (ESCs) oral cefixime or injectable ceftriaxone (66%).”

How did we get here?

During the AIDS crisis, condom use became the norm. “No glove, no love,” was the anthem of the day. But when anti-retrovirals became available between 1995 and 1997, regular condom use declined. It was like we were all so preoccupied with HIV that we forgot there were other STIs out there. As soon as folks stopped using condoms, STI rates started to climb.

Inappropriate prescribing by medical professionals, as well as the overuse of antibiotics in both agriculture and the general population has also contributed to the problem, according to the National Institute of Health.

Lack of research into new antibiotics has also played a major role in the rise of the super strain. From the WHO’s recent statement on gonorrhea, “The development of new antibiotics is not very attractive for commercial pharmaceutical companies. Treatments are taken only for short periods of time (unlike medicines for chronic diseases) and they become less effective as resistance develops, meaning that the supply of new drugs constantly needs to be replenished.” 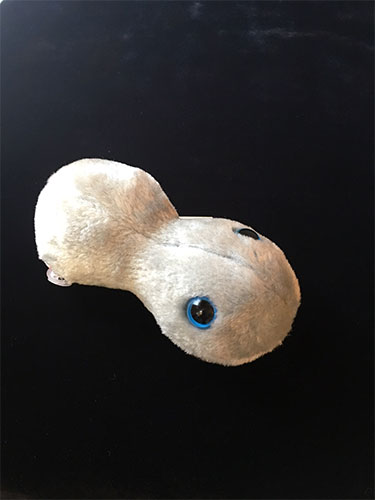 Is there any hope?

Yes. Well, a little. There are currently three antibiotics in development that may be effective in treating gonorrhea. The CDC and WHO are both pushing to have those new medicines fast-tracked so they can be used in the general population as soon as possible. However, even with fast-tracking, it’s unlikely they’ll be available in less than two years.

Additionally, it seems that there’s a possibility of creating a vaccine for gonorrhea in the future. The BBC broke a story this week about a meningitis vaccine that reduced new gonorrhea infections by about a third for people who received the vaccine. However, the article went on to say that no one is sure how it protected against gonorrhea, and that the vaccine is no longer being produced. It has been replaced by a newer vaccine, and there is not yet any data suggesting that the new vaccine will yield the same outcomes. Still, the WHO is pushing pharmaceutical researchers to develop a vaccine very soon.

What can we do right now?

Next, if you are not in a monogamous relationship, use barriers every time you have sex. And I don’t just mean penis-in-vagina sex. I mean every time you have sex with your mouth or your fingers or your genitals or your butt. Use condoms, dental dams, and gloves. If you don’t know how, come to the Tool Shed and we’ll give you information. You can see demos of most of the safer sex supplies we carry and figure out what options are best for you.