In addition to the camaraderie, the snacks, and the entertainment of the actual game itself, the so-called “Touchdown Shot” is one of the most special parts of watching Packers games. The prospect of getting a free shot when a team crosses the goal line is a truly Wisconsin tradition. Sure, touchdown shots might be served elsewhere, but it’s safe to say there’s nowhere on earth where this complimentary cordial is as commonplace as it is right here.

Of course, there’s a number of Milwaukee establishments that distribute touchdown shots for every Packers touchdown. And while the tradition and the circumstances that prompt their pouring are the same at each of these establishments, the shots themselves are incredibly different from place to place (and sometimes change from week to week).

Struck by the wide range of these celebratory beverage, we asked a bunch of Milwaukee bartenders to give us their “Touchdown Shot” recipe. Some mix spirits with juice. Others use it as an opportunity to get rid of free promotional stock. A few places just pour full shots of whiskey or “wine.” No matter what’s in them, they’re always good because they’re free and because if you’re drinking one, the Packers just scored. Get ready for Sunday’s game with some secret touchdown shot formulas from Milwaukee bartenders. Cheers!

Sabbatic
“Sabb probably is the best bet for touchdown shots with straight up Tully (editor’s note: Tullamore Dew Irish Whiskey), which gets interesting when Rodgers is on fire and it’s a high-scoring game,” bartender Biju Zimmerman says. 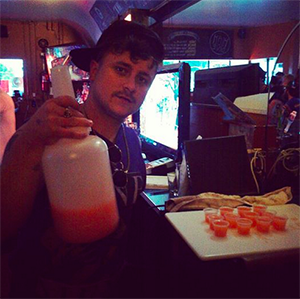 High Dive
“They change every week. Usually I’m pretty hungover at 10 a.m. on a Sunday, so my brain kind of starts on autopilot,” bartender Joey Turbo says. “The recipe is kind of a secret, but we use vodka, gin, tequila, or rum mixed with fresh-squeezed lime juice, mango concentrate, and a whole lot of love.

“We used to use pineapple too, but one of our Packers faithful is allergic, so we switched that up right quick. The touchdown shots represent the energy of the High Dive Packer party—a bit fucked up but packed with passion. I’d put ours up next to anyone in the city.”

The Backyard
An employee at The Backyard relayed confirmation that the Bay View bar pours Boone’s Farm’s “Strawberry Hill” after Packers touchdowns.

Malone’s On Brady
During Packers and Badgers games, Malone’s On Brady offers $1 cans of PBR and specials on Jameson tall cocktails. Best yet, we’re told by Josh Malone himself that when Green Bay or Wisconsin score a touchdown, patrons get a free shot of Jameson.

Burnhearts
Longtime Burnhearts bartender Christian Houtman tells us his recipe includes a mixture of vodka, lime juice, triple sec, and cranberry juice. He says he gives the concoction a different name each week to tie into Green Bay’s opponent, such as “Viking Blood” when the Packers play Minnesota. 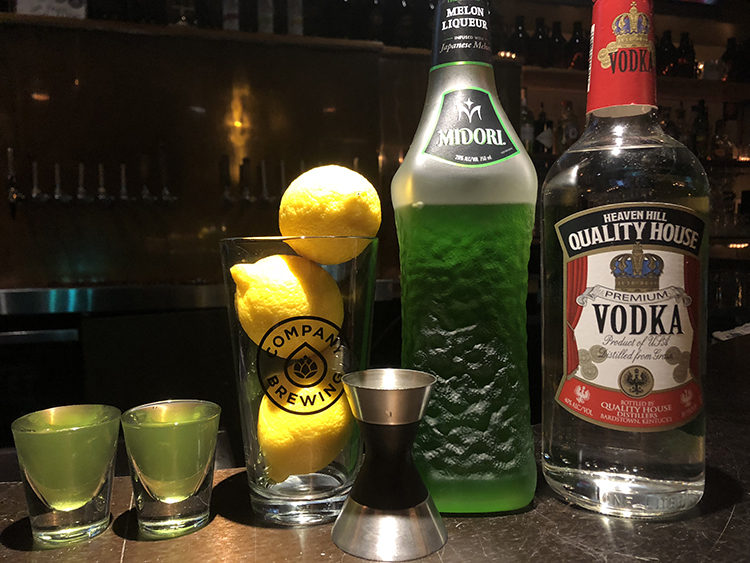 Company Brewing
“We air the game with 620AM audio, $12 Company pitchers, $2 nachos, and touchdown shots,” Steve Roche from Company Brewing says. “Our shots are Midori melon-flavored liqueur, vodka, and lemonade.”

“We use rail vodka as a base to keep costs low and then, honestly, just throw in a bunch of juices: orange juice, cranberry juice, maybe some lemonade sometimes. Lately, [Cactus Club bartender] Sam [Reitman] has been putting in some fruity bitters. I think across the board, bars just try to keep costs down when making them.

“Back when I worked at Yield, we would use anything our distributors gave us for free as a promotion. I’d bet a lot of places follow suit. I distinctly remember running out of all the flavored vodka freebies at Yield and we had a game where we were pouring rye whiskey on a seven-touchdown game against the Vikings many years ago. I will say that was not the right move!

“I’m not sure if the touchdown shot is a Wisconsin thing or not; I remember being at a Packer bar in Denver once where they gave out green and gold Jell-O shots for touchdowns, and then the game was everyone would throw their empty plastic cups and try to make them in the garbage cans behind the bar, with all the bartenders taking cover. Big time fuck that! I think [touchdown shots] are a fun thing and a staple at this point. They’re easy to make, not a huge hassle. I do wonder how many Instagram videos and boomerangs I’ve been in pouring them up over the years though. There’s always someone taking a video or something like it’s the first time they’ve seen someone pouring 40 shots in a Wisconsin bar before.” 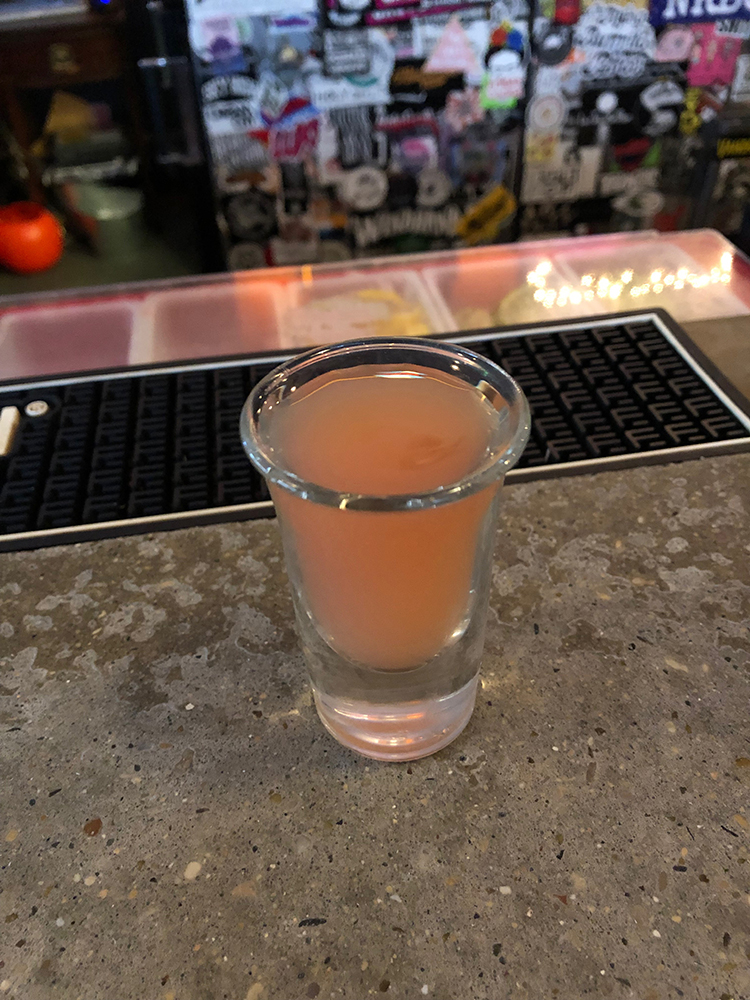