Today in “Bet you didn’t see that coming” news, it has been revealed that Milwaukee Brewers superstars Ryan Braun and Christian Yelich are making “significant” investments in the former Shops of Grand Avenue. Yes, the two local MVPs are sinking undisclosed amounts of money in a place that used to boast a Rocky Rococo, a pen store, a Payless Shoes, and that’s about it. Huh.

“I consider Milwaukee my second home,” Braun said in a press release (via the Milwaukee Business Journal). “This investment is not only good business, but it’s an opportunity to play a role in the transformation of this part of Milwaukee that will attract more people to the city and help it thrive.”

“Seeing how California Strong had such a positive community impact on our hometowns reinforced the importance of supporting the cities that support us,” Yelich said, referring to the charity he and Braun led to support wildfire and shooting victims in their native state. 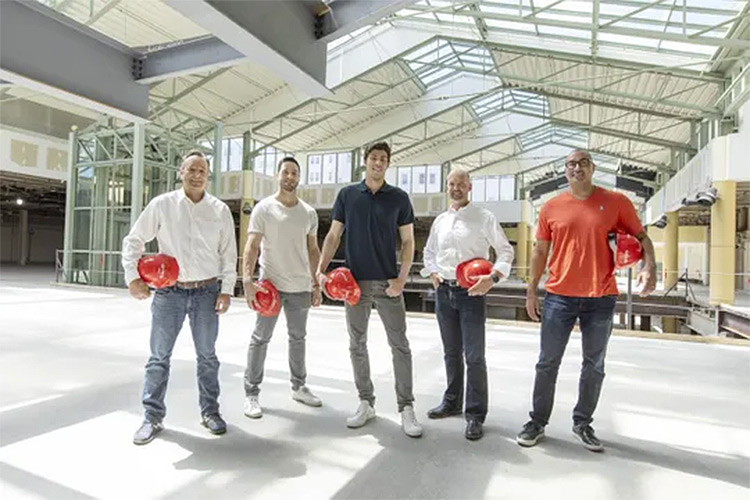 It’s been months since the once-mighty, long-withering Grand Avenue closed up shops (heh). Now dubbed “The Avenue,” the downtown complex is currently being redeveloped. The east end has already been converted into apartments (things like T.J. Maxx, The Underground Collaborative, and that Stone Creek Coffee kiosk remain), while the west end will have private offices on the upper floors, and a nifty “food hall” called 3rd St. Market Hall on the first.

Details of the Braun and Yelich investments have not been disclosed.

But we can speculate! 3rd St. Market Hall is being led by Milwaukee restaurateur Omar Shaikh. Shaikh is the co-owner and president of SURG Restaurant Group, which previously ran Ryan Braun’s Graffito and 8-Twelve. (Braun co-owned the latter with Packers quarterback Aaron Rodgers. Remember that?) SURG and Shaikh cut ties with Braun in the wake of the player’s 2011 performance enhancing drug scandal, but things seem to be much better now.

“We are pleased that both Ryan and Christian see an investment in The Avenue as a smart business opportunity, with both social and financial returns on their investment,” said Avenue co-owner Tony Janowiec (via the Milwaukee Journal Sentinel). “We are thrilled with the new relationship we’ve developed and anticipate they will both be great long-term partners.”

So there you go. Braun. Yelich. The Avenue. Weird. Here’s that Christian Yelich song: