Some frequent sources of online arguments come and go, while some frequent sources of online arguments become icons. Mandatory Milwaukee is all about the latter. Join us as we revisit beloved and well-worn local staples with fresh eyes, and explore how they might figure in the city’s future. This week: Debating where “Up North” begins in Wisconsin.


Every so often, a sizable segment of the internet will engage in an impassioned debate about something that’s too trivial to truly become invested in, but too compelling to resist weighing in upon. What color was the dress? Did you hear Laurel or Yanny? Is a hot dog a sandwich? Those are just a few examples of queries that, while annoying at times, are ultimately harmless distractions. Compared to the endless arguments about far more important matters that are only serving to further divide humanity, we’ll take “Pepsi or Coke?” any day.

In addition to these sources of worldwide debate on the worldwide web, Wisconsin has its own recurring question that garners all sorts of differing opinions and varied answers from people all over the state (and beyond). And thankfully, this particular Badger State debate doesn’t involve friggin’ Aaron Rodgers! The question: Where does “Up North” actually begin in the state of Wisconsin?

It’s a specific question that has no clear answer. However, that doesn’t stop throngs of amateur cartographers from diving headlong into the comments section each time the provocative prompt resurfaces somewhere online. Similarly, a wide range of Wisconsin publications have regularly raised the question through the years. Some examples:

• In a 2017 Milwaukee Journal-Sentinel article, the writer was of the opinion “Up North” was more a state of mind than any specific line of latitude. The majority of its readers said “Up North” started somewhere in the vicinity of Highway 8, with the Highway 2 region getting the second most votes in the online poll. Another Journal Sentinel article about the definition was posted in 2022, resulting in an answer essentially amounting to it simply being one’s personal perspective.

• Last summer, a Wausau Daily Herald article noted a number of different factors people could take into account when deciding where “Up North” started, but once again, fell short of making a bold declaration.

• There’s a 2014 article about this that appeared in Wisconsin State Journal, but it requires a subscription to read it, so the world may never know where they landed on the matter.

• Less than two weeks ago, an article in Up North News also questioned the starting point of “Up North” in an article that offered seven different options for establishing “Up North” criteria, but no clear answer. If Up North News doesn’t know where “Up North” is, what hope do we have of knowing the answer?

You get the idea. Honestly, these articles do a great job of digging into so many potential ways someone can arrive upon an answer to the open-ended question. Rather than repeating those reasons that are rooted in geography, highway lines, topography, population, regional tendencies, and bunch of other factors, we’ll answer the question with other questions.

Why does it matter? Why do so many people care about where “Up North” starts? Why will people expend time, emotion, critical thought, and keystrokes attempting to sway others to believe their definition of “Up North” is the correct one? We’re willing to bet that us simply posting this article that’s actually about the debate itself will result in dozens of people telling us their answer to a question we technically didn’t even ask them. 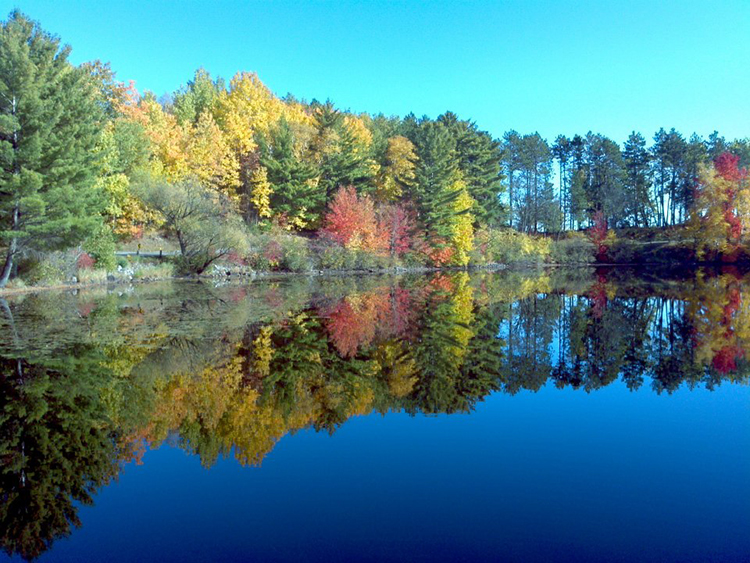 Ultimately, it seems like “Where does ‘Up North’ begin?” is such an intriguing question to people in Wisconsin because it causes folks to think about an area that makes our state special. For many of us, “Up North” is a place that conjures great memories. It’s somewhere that comes to mind when people are at their most relaxed. It’s a place where things are oh-so-subtly different than other parts of the state, and it’s a region people will cross state lines in order to experience in all its splendor.

Really, just as pretty much every other article on the matter has concluded to this point, it’s kind of up to you to draw your own imaginary line of demarcation somewhere on the Wisconsin map and boldly declare your own “Up North” boundary, which you’ll reflexively and passionately bring up each and every time the question is asked. And no matter what you say, you won’t be wrong.*

*Milwaukee Record believes “Up North” is Shawano and everything else to the north.