There’s so much going on right now. Like, SO much. Hey, don’t get me wrong…I love it! For example, if you think back to April 2020, there was absolutely nothing happening in the city. And last year at this point, many of us were getting excited about summer event announcements as we were awaiting our first or second round of vaccinations, but there still wasn’t really anything going on in the area quite yet.

However, I—Tyler Maas, professional entertainment writer or whatever—am here to let you know that Milwaukee events aren’t just back…it quite possibly might be a busier and more chaotic time for live entertainment in the city than ever before. Starting tonight with the kickoff of the Milwaukee Film Festival, the region will play host countless concerts and comedy shows, a months-long marathon of festivals, an abundance of block parties, and innumerable one-off events that will go strong until [looks at wristwatch] the end of October. Maybe even later?

With that exponential increase in entertainment also comes the internal dilemma so many of us face: How many things that I want to go to will I actually be able to attend? Like I said, it’s a great problem to have. It’s an issue that emerges from excess and opportunity, but still a difficult thing to navigate in Milwaukee between spring and early autumn. Try as we might, we simply can’t do it all.

Take this weekend for example. The Film Fest will be in full-swing (as it will be through May 5). Friday is Earth Day, which has a bunch of affiliated happenings going on all around town. Add that, the Cat Power concert (and various other shows), and a Bucks playoff game to the mix and you’re faced with some real decisions. Saturday is Record Store Day. If I finish shopping early enough, I might catch a Film Fest flick before the Joe Pera show at Back Room @ Colectivo, which edged out the Spoon concert at The Rave, Valerie Lighthart’s EP release show at Cactus Club, and like 10 other things. Then I’m going to The Oriental. And if the weather actually winds up being remotely nice for what feels like the first time in months, there could be a beer garden or patio hang sometime in my future. 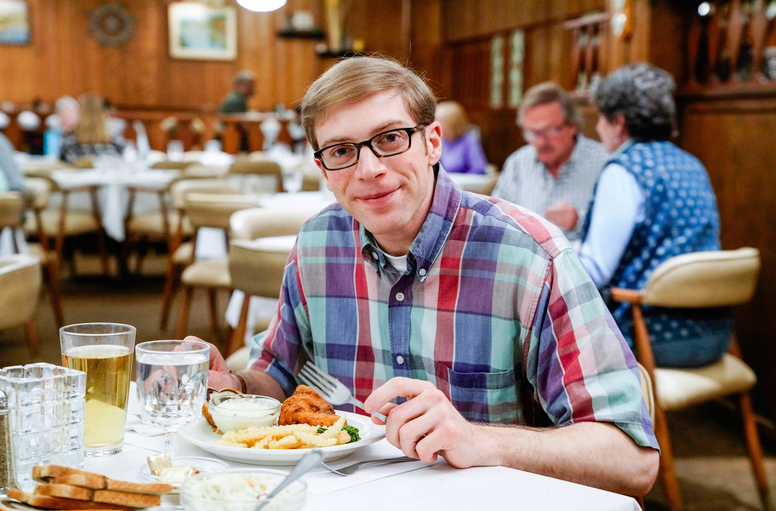 Of course, these are extremely specific examples tailored to me, but we’re all going to start facing some tough choices…especially once festival season is in full swing, friends and family visit more often, and both Bucks and Brewers games (hopefully) get more and more meaningful. Next weekend, I’m going to rush from seeing Bobcat Goldthwait at The Laughing Tap to the Good Land Records 11-Year Anniversary at Cooperage. (Sorry, Letterkenny Live! at Riverside Theater and Convert album release show at X-Ray Arcade!) Oh, and Midwest Gaming Classic and Milwaukee Zine Fest are also going on next weekend as well. And those are just the weekend occurrences. Weeknight concert events at parks and traditional venues, along with other non-weekend happenings are further filling up my personal calendar.

Perhaps it’s because I came from a place with like one or two entertainment-rich weekends per year at best, because I went to a college in a city where the was one legitimately good concert per month, or maybe it’s just a byproduct of not feeling this pressure the past two springs/summers during the pandemic pause, but one thing is clear: there’s too much stuff happening in and around Milwaukee. And I wouldn’t want it any other way. Yes, it can be intimidating and exhausting (and expensive), but after an extended period of inactivity, I wholeheartedly welcome the tall task of trying to figure out how to fit in all in. I’m inevitably going to fail, but trying will be fun as hell.