• You know that triangular plot of land along North Water Street? The one where Brady Street kind of bends into Water Street? Right near Up-Down and the Danceworks building? With the Clear Channel billboards on it? Yeah, that one. It’s gonna be apartments now. Ogden & Co. Inc. wants to build a five-story (or possibly six-story), 76-unit apartment building on the site. The Clear Channel billboards (which, the last time we checked, are already coming down) and a small industrial building on North Jackson Street would be removed. Construction could start as early as this November. [Milwaukee Business Journal]

• Potential neighbors of the new development are into it, though parking may be an issue (of course). [Urban Milwaukee] 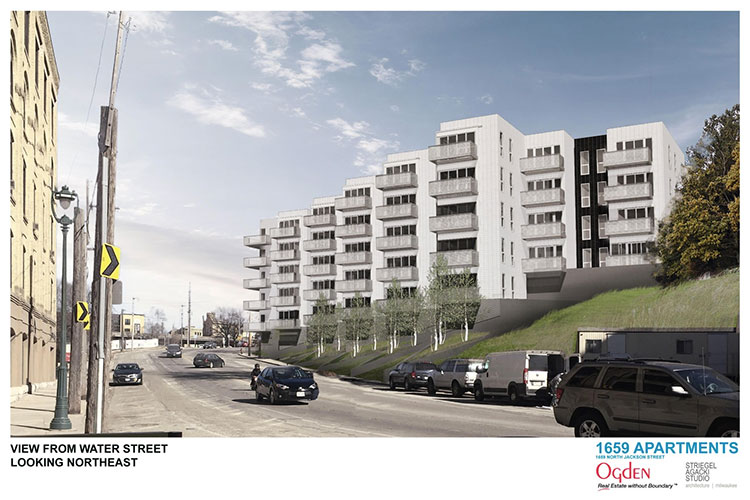 • A nine-story, 62-room Kinn Hotel planned for 600 N. Broadway has been downsized (thanks to the Historic Preservation Commission) to a seven-story, 45-room Kinn Hotel. [Milwaukee Journal Sentinel]

• Will the public areas of the redeveloping Shops of Grand Avenue get a cool $9 million in city money? Yes, yes they will. [Milwaukee Journal Sentinel]

• The non-public areas of the redeveloping Shops of Grand Avenue are already high-end apartments. But if the thought of living in a former used CD store isn’t enough for you, how about moving to Waukesha and living in a former prison cell? [Milwaukee Journal Sentinel]