Last Thursday, just as things were beginning to fall apart, I was on a 21-hour train trip to Colorado. My father-in-law had a new family vehicle waiting for me there and it was my job to retrieve it and drive it back to Milwaukee. The trip was supposed to be a relaxing mini-vacation, a rare chance for me to be alone in my head for a few days. “Please! Let me go!” I had begged my wife in an exasperated husband/dad voice. “Please! Take me with you!” begged other exasperated husbands/dads.

But on Thursday afternoon, as I sat alone in an observation car watching cancelations and closures and confusion pile up on my phone, I suddenly felt scared and unmoored. I felt anxious and helpless. A darkness crept over me.

Back on the train, I was only three hours into my trip. I couldn’t wait to get home. 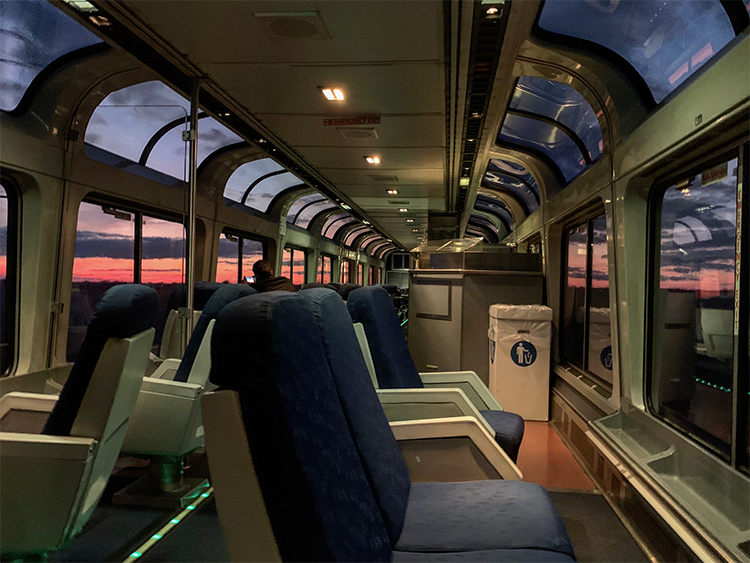 I am not handling this well. This past week has been filled with stress, fear, anger, and exhaustion. My brain is fried. My body is in knots. What’s worse, I’m not even sure why.

This is the part where I am required to make the following admissions: I am a straight, white, American man. I have a roof over my head. I have food on the table. I have a family that loves me. If everything collapsed and I lost everything today, I would be okay tomorrow.

And yet, for the time being, I am not okay. I’m heartbroken for my friends in the service industry who are currently out of work. I’m crushed for my friends in the music industry who have lost dozens of paying gigs and thousands of dollars. I’m stunned when I see bars and restaurants and venues shutting down indefinitely. I’m terrified when I remember that my own business is largely dependent on bars and restaurants and venues.

What’s surprising is how out of character this is for me. I was 23 years old on September 11, 2001. As I watched the second plane slam into the South Tower, my only thought was, “Well, this is going to be on the news forever.” A few days later, at a drunken bonfire, a friend with a particularly dark sense of humor blurted out, “Dude, September 11 was awesome!” Everyone laughed. I laughed.

I bring this up not to revel in my 20-something edginess. (I was dumb, and I am sorry.) I bring it up to illustrate that these things don’t normally affect me. What’s different this time? 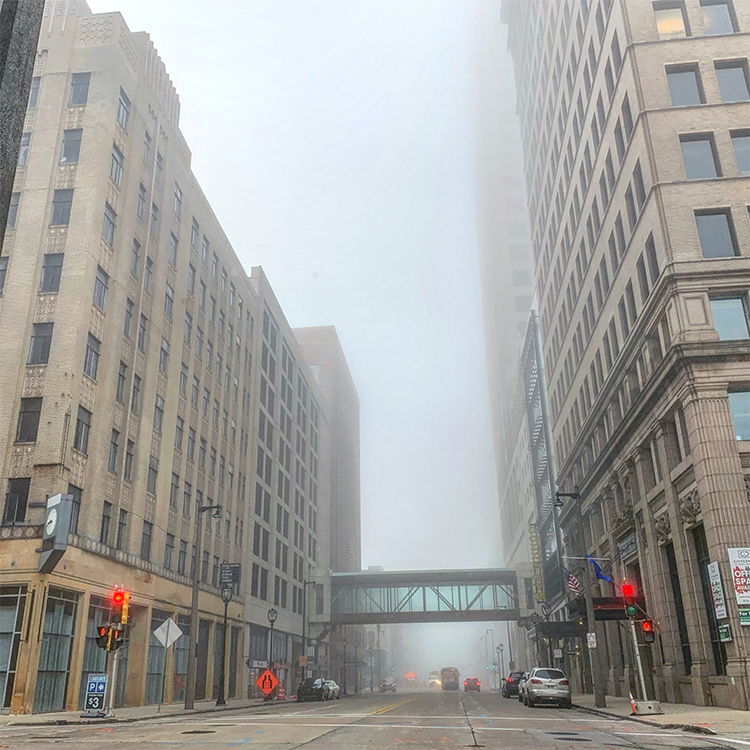 There’s a scene in the pilot episode of Six Feet Under where Nate becomes frustrated with the bloodless proceedings of his father’s funeral. He begins to throw dirt on the casket. “I refuse to sanitize this anymore!” he yells. “This is how it’s done,” his brother David hisses. “Yeah, well, it’s whacked,” says Nate. A few moments later, widow Ruth begins to wail and throw dirt, too. “Let her,” Nate says when David tries to stop her.

That’s how I feel every time I see a “working in my sweatpants lol” joke, or a “we’re all in this together” hashtag, or an invitation to a virtual happy hour. Despite the layoffs and the closures and the quarantines and the deaths, so many folks seem to be treating this like a zany lark. This is an Interesting News Story at worst, fodder for a Facebook livestream at best. People are “digging in and enjoying it.” I want to scream.

And yet, when I come close to screaming, I feel stupid. When I think of people less fortunate than me—both during this crisis and in everyday life—I feel ashamed. When I think that this may all blow over in a few weeks—a few months at worst—I feel ridiculous. When I think of the bigger picture, I feel like a cliché: a coddled and privileged American who crumples at the first sign of disruption. My grandfather lived through the Great Depression and survived a kamikaze attack in World War II. My uncle fought and suffered through the very worst of the Vietnam War. I can’t take a fucking week of uncertainty? I am truly pathetic.

On Monday, I had a bright idea: I would create an old-school-MTV-style livestream show where I would play videos and chat with local artists over the phone. The idea was to provide viewers with a break from all the bad news, and to provide artists a platform to blow off some steam. I would call it “Milwaukee Record Viral Video.” Ha.

But on Tuesday, as I stepped in front of the camera and tried to work myself up into performance mode, I found that I was absolutely, unequivocally, 100-percent not in the mood. I stared at myself in my laptop screen. I felt like crying. Maybe I didn’t need to create a thing for artists to blow off stream. Maybe I needed to create one for myself.