Way back in 1998, a pair of young Milwaukee-based businesses joined forces to make something special. Along with the incorporation of some coffee from Colectivo (then known as Alterra, of course), Fuel Cafe and Lakefront Brewery created a beer called Fuel Cafe coffee stout. In the two decades that followed, Lakefront has become a respected name in craft brewing that’s known throughout the world. Meanwhile, Fuel Cafe has remained a strong point of Riverwest pride, while also opening a gorgeous and sprawling bar and restaurant with the same name on 5th Street in Walker’s Point last year. Amid all the changes and expansion, Lakefront Fuel Cafe has remained in circulation.

On Saturday, October 27, Fuel Cafe and Lakefront Brewery will celebrate 20 years of collaboration by partnering once more on a block party and a limited-release variant of the iconic stout. From noon to 6 p.m., a festival called Doomsday will bring food, band, vendors, and a “post-apocalyptic, chaotic Halloween party” to a portion of 5th Street outside the new Fuel location. A brutal batch of bands—including Northless, Moon Curse, Cashfire Sunset, Tan, and more TBA—will provide the afternoon’s soundtrack.

If the ability to enjoy one last festival well into autumn isn’t enough for you, perhaps the opportunity to try the ultra-rare Doomsday beer will bring you out. The bourbon barrel-aged Fuel Cafe Imperial Stout clocks in at a sturdy 11.5 percent ABV, and will ONLY be available at this event. Once it’s gone, it’s gone. Lakefront will also have other limited drafts and firkins available.

If you didn’t have Halloween weekend plans before this, you do now. 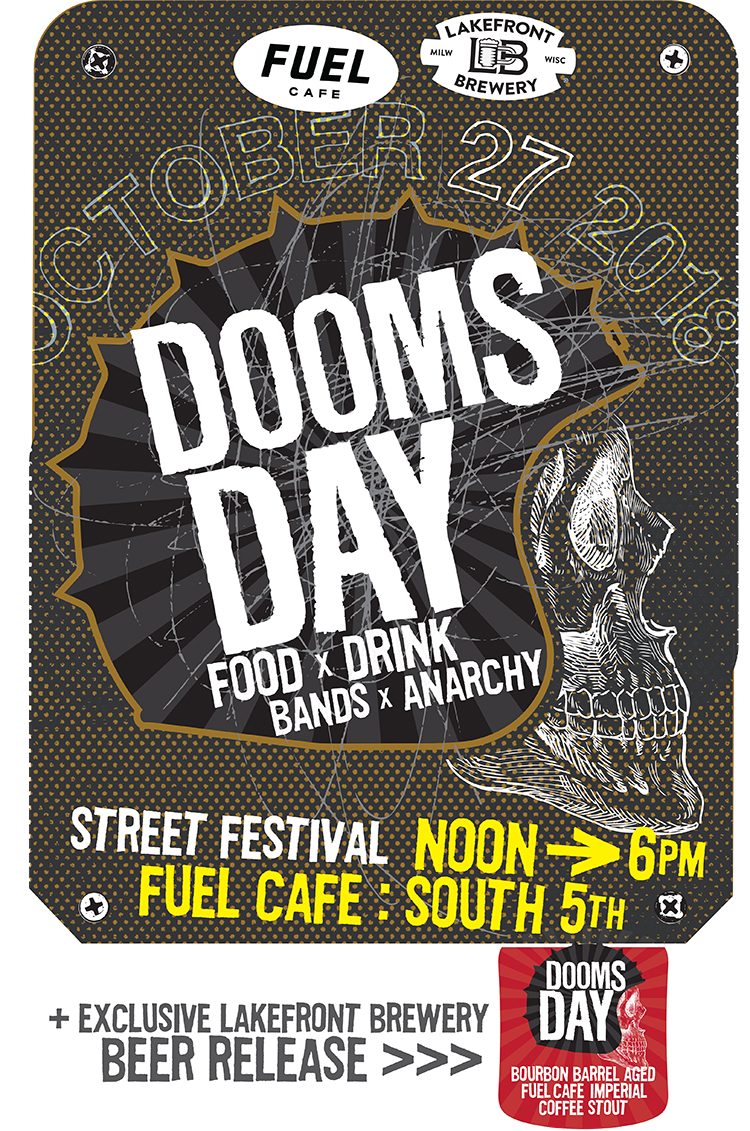