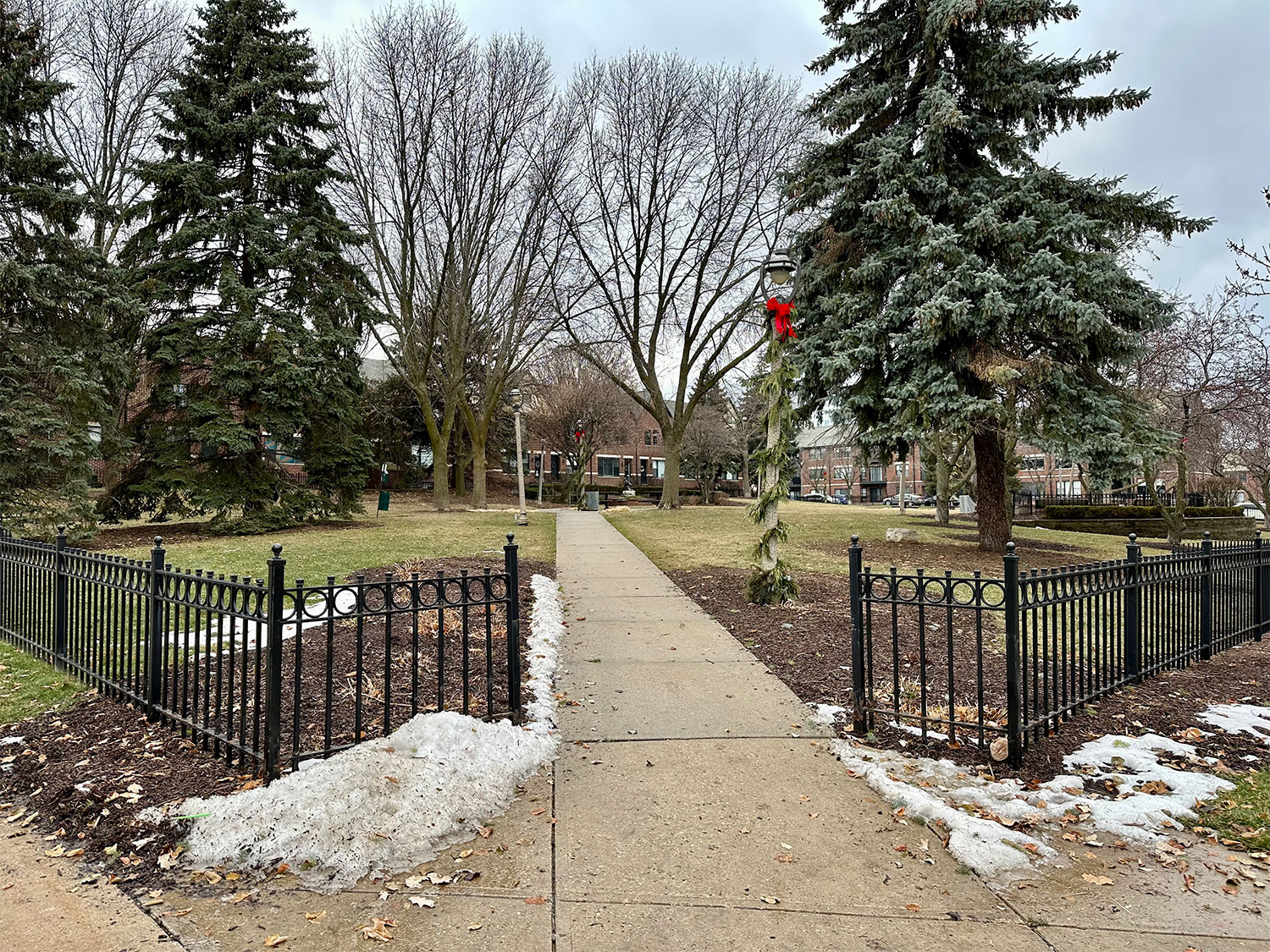 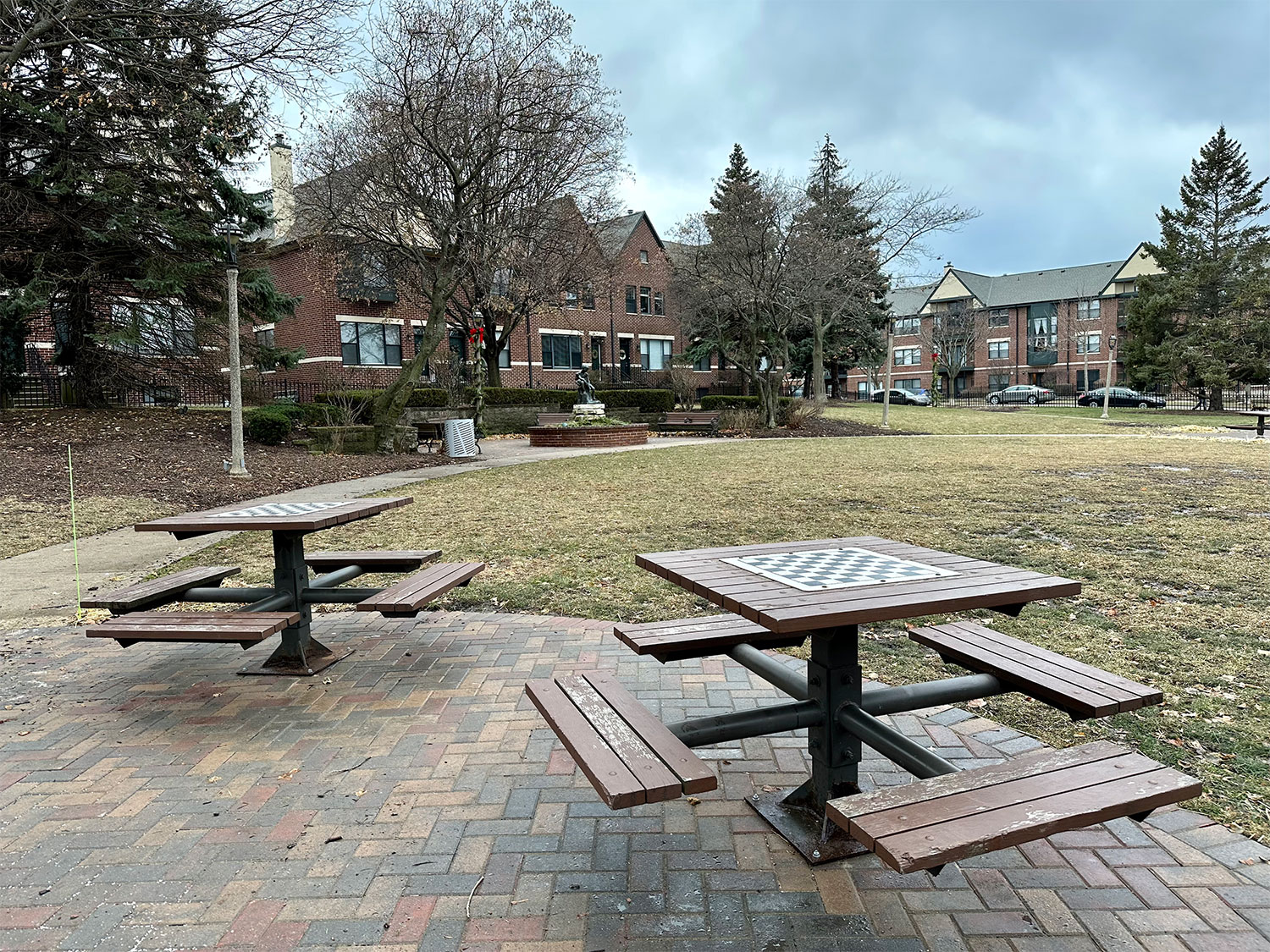 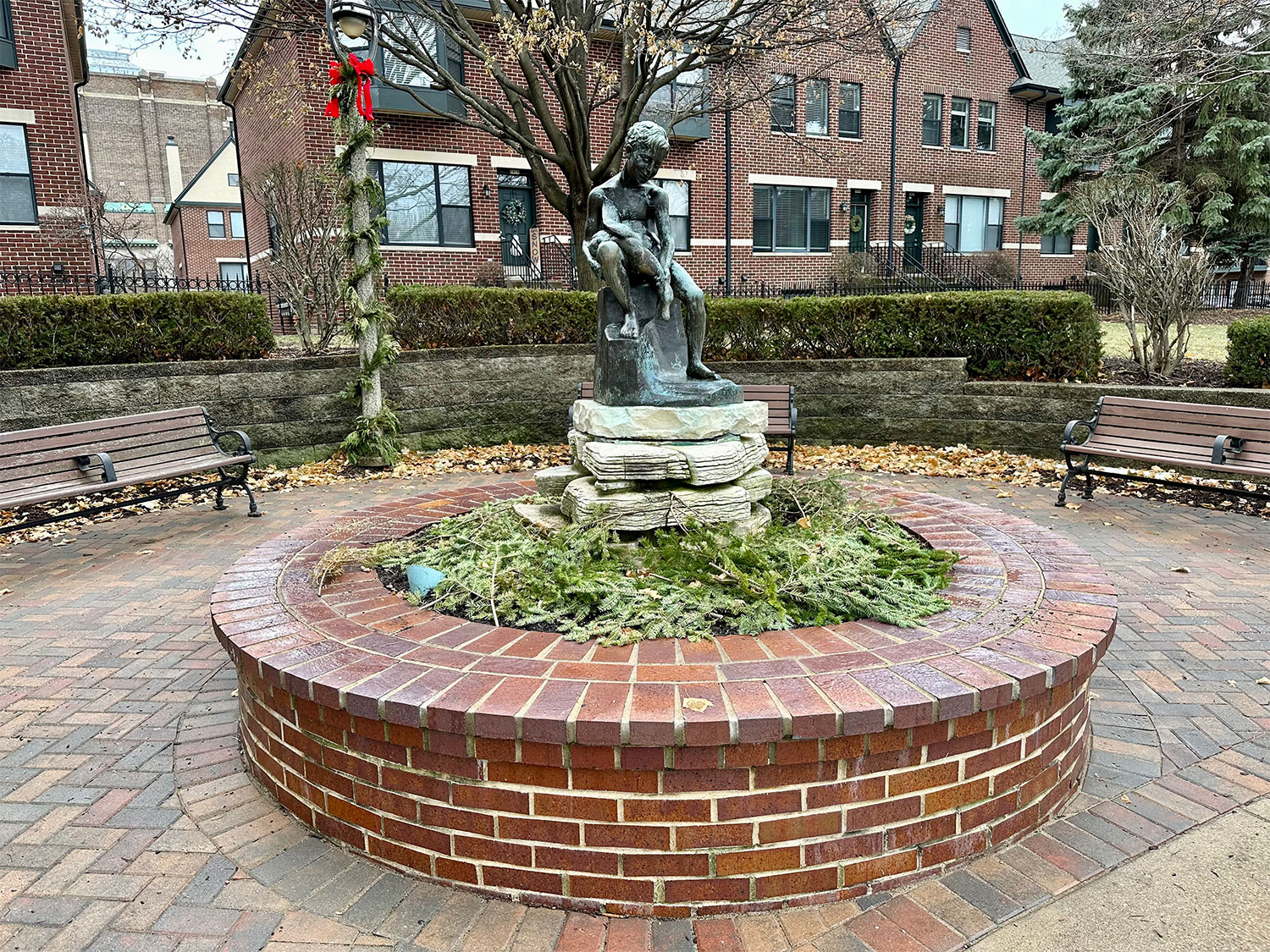 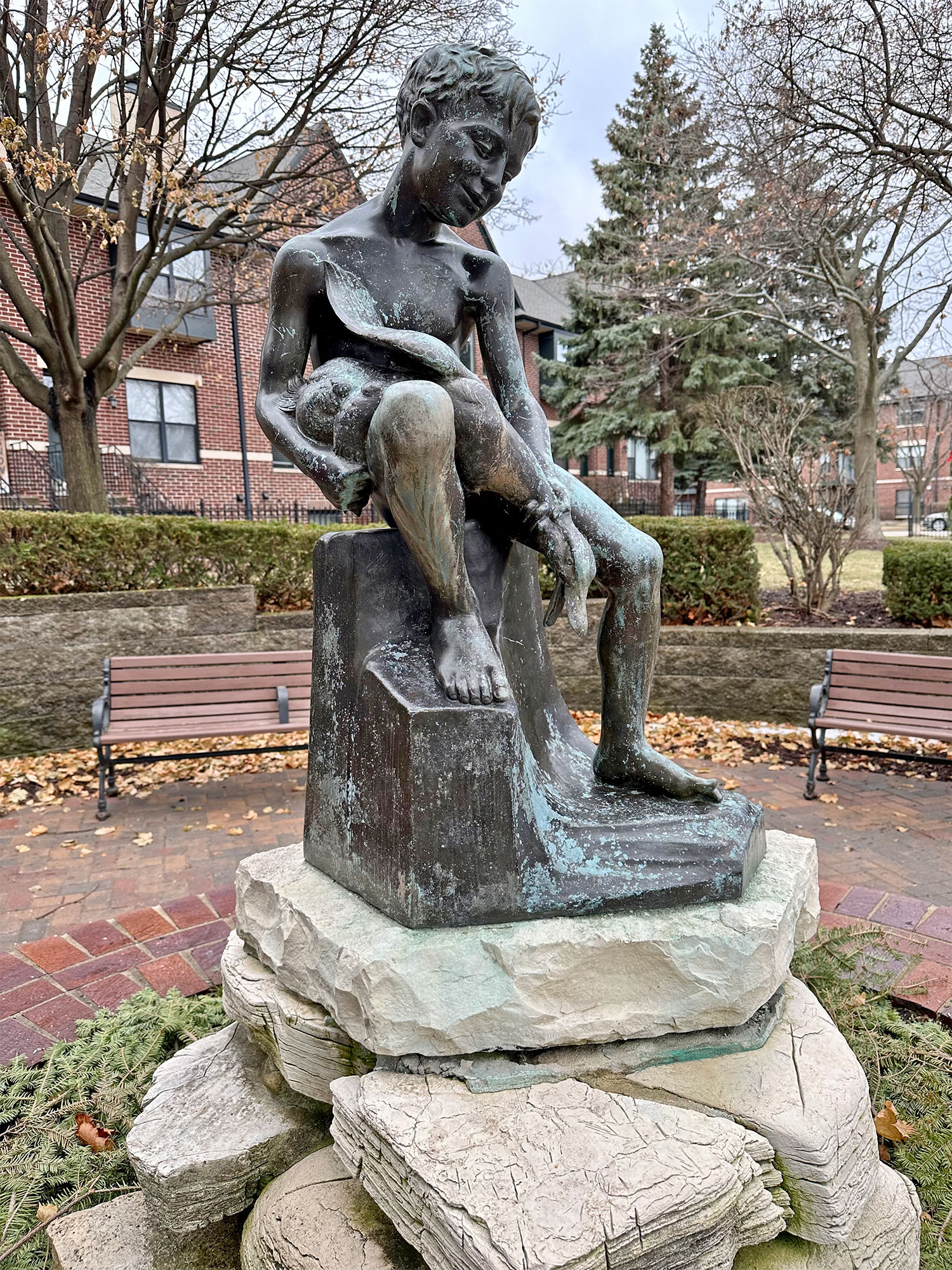 The bronze Boy With Goose is the work of Italian-born artist Girolamo Piccoli, who created it in 1926. Piccoli arrived in Milwaukee in 1906 at the age of four. In 1924, he began teaching at the highly regarded Layton School of Art. In 1925, he became chair of the school’s modeling and sculpture department. He left Milwaukee for New York City in 1928, soon becoming the city’s Director of Sculpture. Piccoli died in 1971.

As for Boy With Goose, the sculpture’s history is nicely summed up by the Smithsonian:

The sculpture is a replica of an original commissioned by Andrew A. McCabe in 1925 for his home on North Lake Drive. Area citizens liked it so much, they raised $800 to have a copy made. The replica was cast in Bremen, Germany. The sculpture was placed in Lake Park in 1927, as part of a fountain. In 1964, the base was vandalized and the sculpture was removed by park officials and placed in storage. When the Mandel Group announced plans for a new housing development, the City of Milwaukee dedicated part of the land as a small park to be maintained by the owners. Art Action, an art advocacy group, coordinated the cooperation between the private sector, the city and county to retrieve the sculpture from storage, have its bronze restored and re-patinated, and placed at its present location. Douglas Kwart (New York) did the conservation work in 1992.

“A small naked boy sits holding a pet goose in his lap,” the Smithsonian also says. “The boy holds the goose’s head in his proper left hand. Water for the fountain comes from the bird’s open beak. The sculpture is mounted on an irregularly-shaped, tiered base and set in a planter.”

“A small naked boy sits holding a pet goose in his lap.” 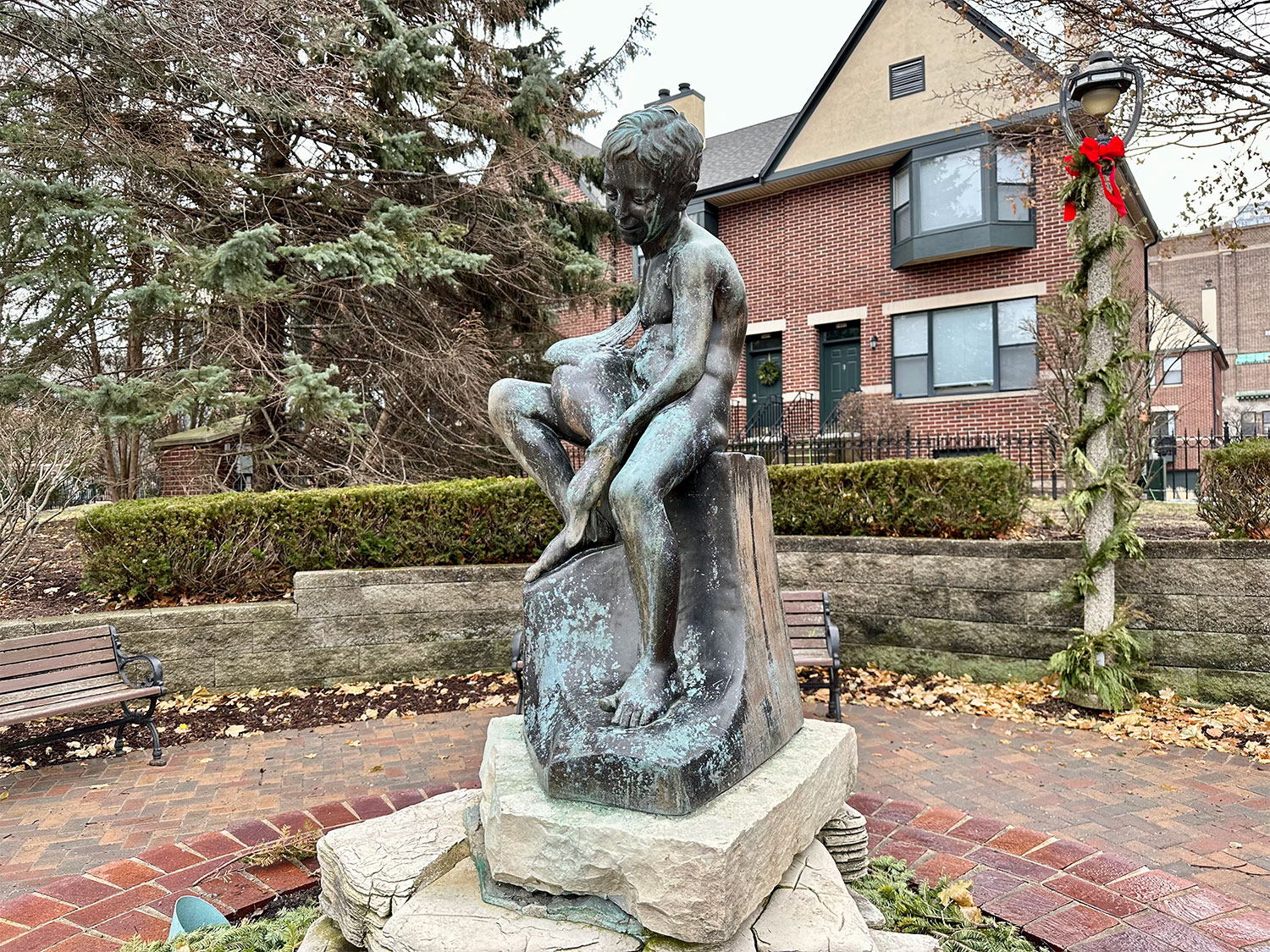 Yep, the boy is indeed naked and sitting, and there is indeed a goose in his lap. Whether or not the goose is the boy’s “pet” is up for interpretation, though. Sculptures of naked, cherub-like kiddos wrangling geese are nothing new, and the geese never seem all that pleased with their handlers. Which brings us to…

“The boy holds the goose’s head in his proper left hand.” 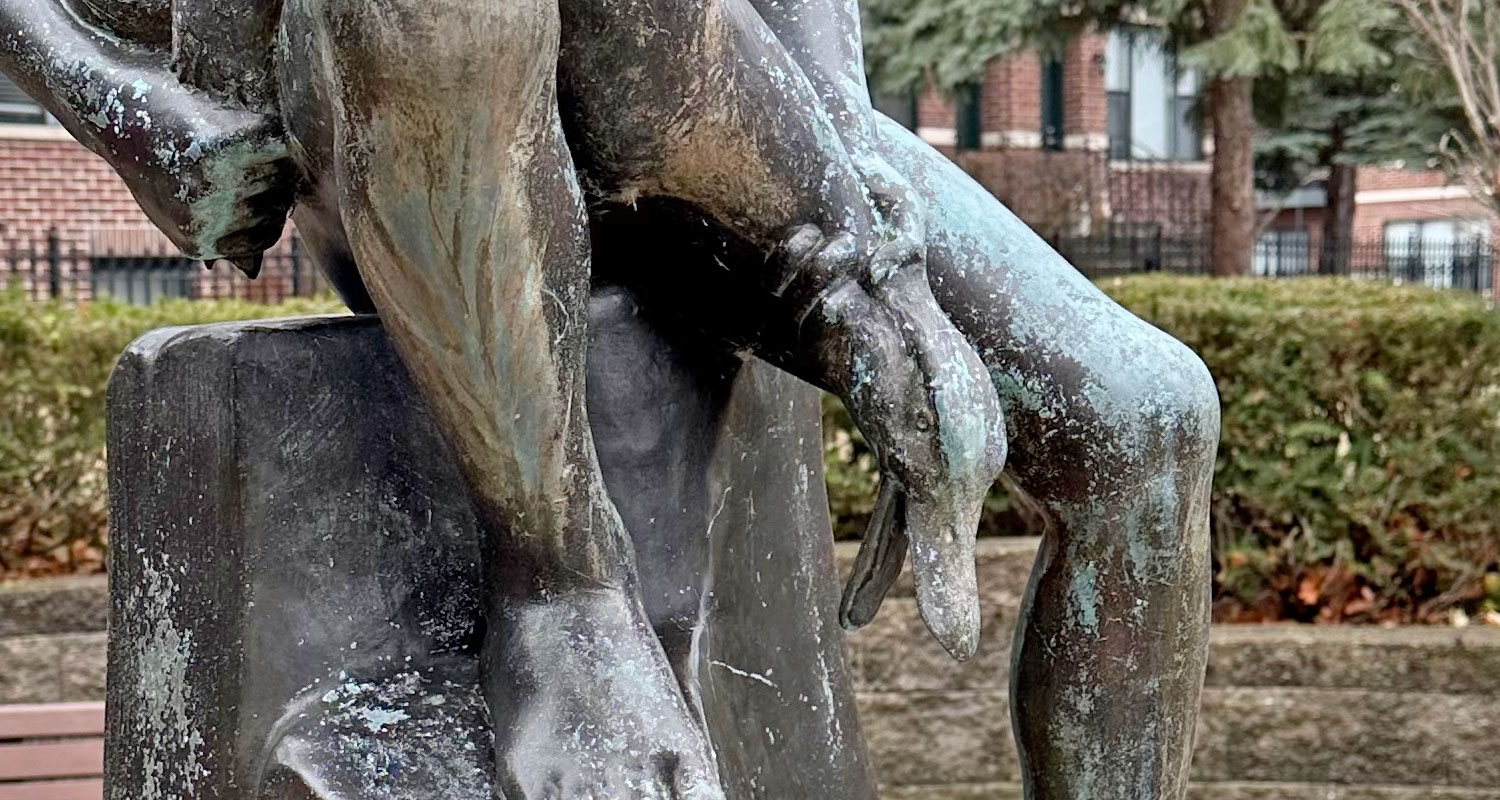 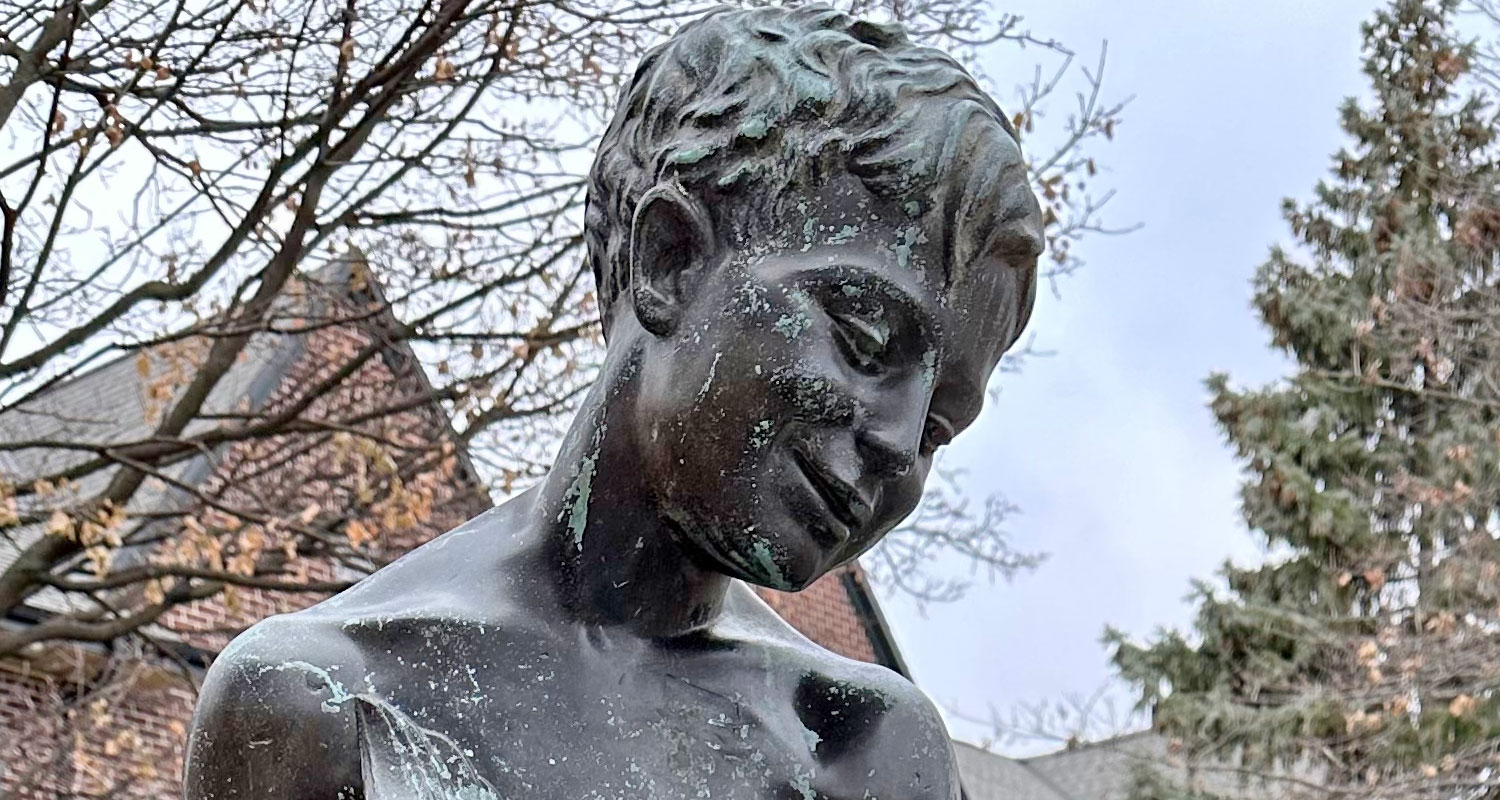 You say “holds,” we say “chokes.” Does that goose look like it’s being “held”? No, no it does not. To make matters worse, this kid is gleefully and even sadistically choking his chi…er, goose. That tilted head. That wistful smile. Those dead eyes. That clenched “proper left hand.”

“Water for the fountain comes from the bird’s open beak.” 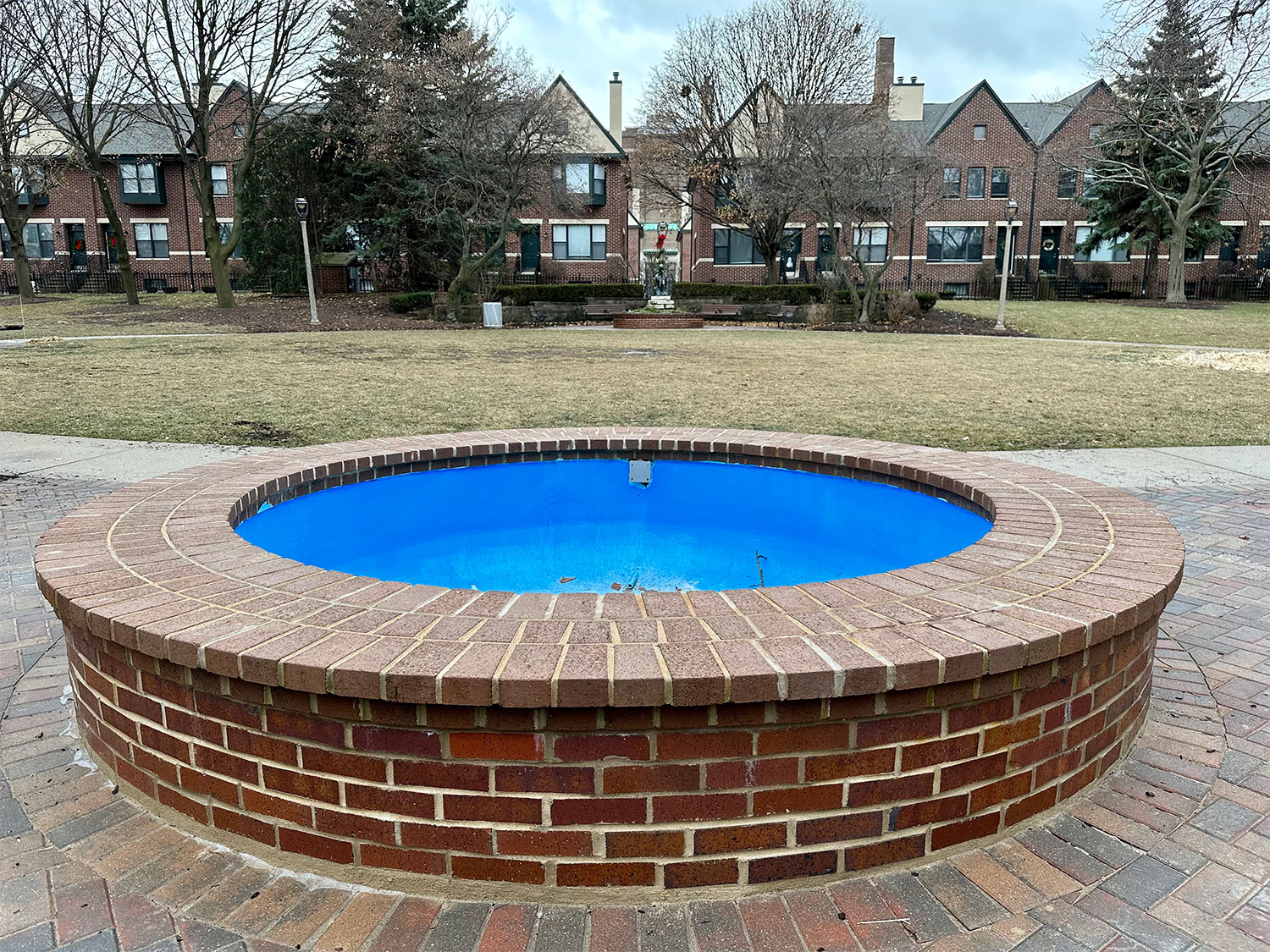 Hold on: does this thing actually function as a fountain? Can any Marshall Park neighbors confirm? Because an honest-to-god Boy With Goose fountain would be great. We visited the sculpture in late December and there was definitely no water spouting from the goose’s beak. Maybe in summer? When the other fountain is presumably bubbling away?

“The sculpture is mounted on an irregularly-shaped, tiered base and set in a planter.” 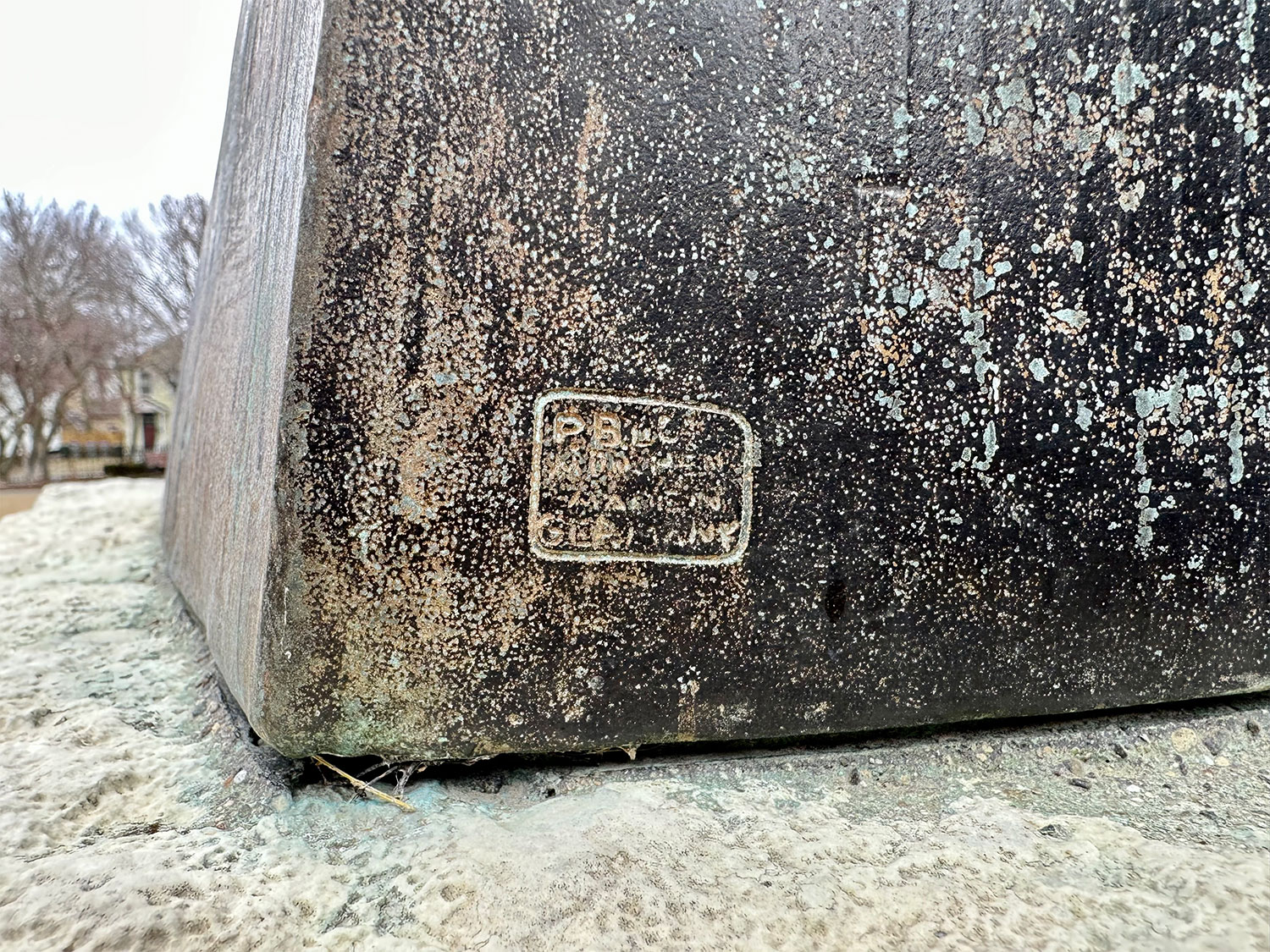 Yep, this is correct. Also, on the back of the sculpture, you can find a “Made In Germany” inscription.

There was a time in Milwaukee’s not-so-distant past when public art inevitably led to public outcry. (Hello, Bronze Fonz and Blue Shirt.) Hell, public art still inspires nasty dustups today. (Hello, “headless woman” mural.) Would a masterful-yet-peculiar sculpture like Boy With Goose set off an explosive week of Milwaukee Internet Drama if it were installed today? Probably. Happily, it now quietly stands (or would that be “sits”?) as a monument to delightfully random public art. May its Peter Pan-like Boy strangle its Untitled Goose Game-like Goose for another century.

• The new Rocky Rococo at Bayshore: The Milwaukee Record Review