It’s no easy feat to stand out in the crowded Milwaukee bar scene. You’ve got establishments catering to discerning tastes of beer-lovers, wine connoisseurs, and craft cocktail aficionados. Then some taverns will focus on various drinking subcultures—tiki or blue-collar or Irish or Belgian or… Differentiating is tough. One day you look around and two axe-throwing themed bars are competing for business.

Video games, trampolines, Shaquille O’Neal. Something we loved as kids, but with bourbon! And all of this is terrific. The more the merrier, the more inherent fun packed into a spot the better. And while we’ll have to wait patiently for a book-themed bar, a couple Milwaukeeans are flipping the script a bit, adding something smart and new to existing bars with a pop-up bookshop.

Mushroom Books—with a selection of titles curated by Michael Seidel and Mike Pare—will begin their quest to bring “weirdo books” to the masses at Blackbird Bar on Friday, August 3, starting at 8 p.m.

“A few months ago, Mike and I admitted to each other that we both harbor the not uncommon fantasy of spending our days behind the counter of a cool bookstore,” Seidel says. “Jokingly discussing it one night, we realized how similar our ideas actually were—a tiny, heavily-curated shop with oddball material, like stores we’ve seen in other cities.”

In the light of day, pragmatism won out, though. With “the cruel economic realities of the world” in mind, the duo decided pop-up book sales would be an ideal way to test the waters, move their ample inventory, surprise and delight bar patrons, and make some pocket cash to feed their weird-book habit.

“We’re both long-term junk store addicts,” Pare says. “And as such, we’ve collected tons of interesting paper-based things over the years.”

What can we expect to find in the back room of the Bay View’s bar this weekend? “It’s heavy on graphic novels, art books, cool fiction, zines and far-out ephemera.” 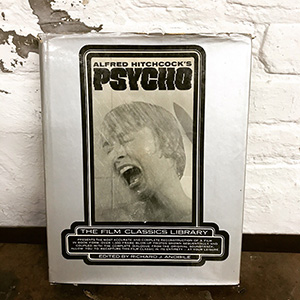 Pressed for specific titles, Seidel picked out a few favorites. “Plantcraft. It’s ‘a growing compendium of indoor gardening with sound.’ Published in 1973, it explains how to take care of houseplants, and includes a seven-inch record of original, plant-growing-friendly music. We’ll have a German-language edition of R. Crumb’s Head Comix, Evelyn Eaton’s I Send A Voice, which is an account of the consciousness-expanding, transforming rites of an American sweat lodger…the list goes on.”

A second event is already on the schedule for Wednesday, August 15, at Tonic Tavern. If all goes well, Mushroom Books will be popping up at coffee shops and street festivals in the coming months. Proprietors and organizers interested in hosting Mushroom should contact Michael and Mike via their Instagram, @mushroombooks.

Mushroom Books will be open for business at 8 p.m., with a selection of roughly 200 titles. They’ll accept cash and cards. 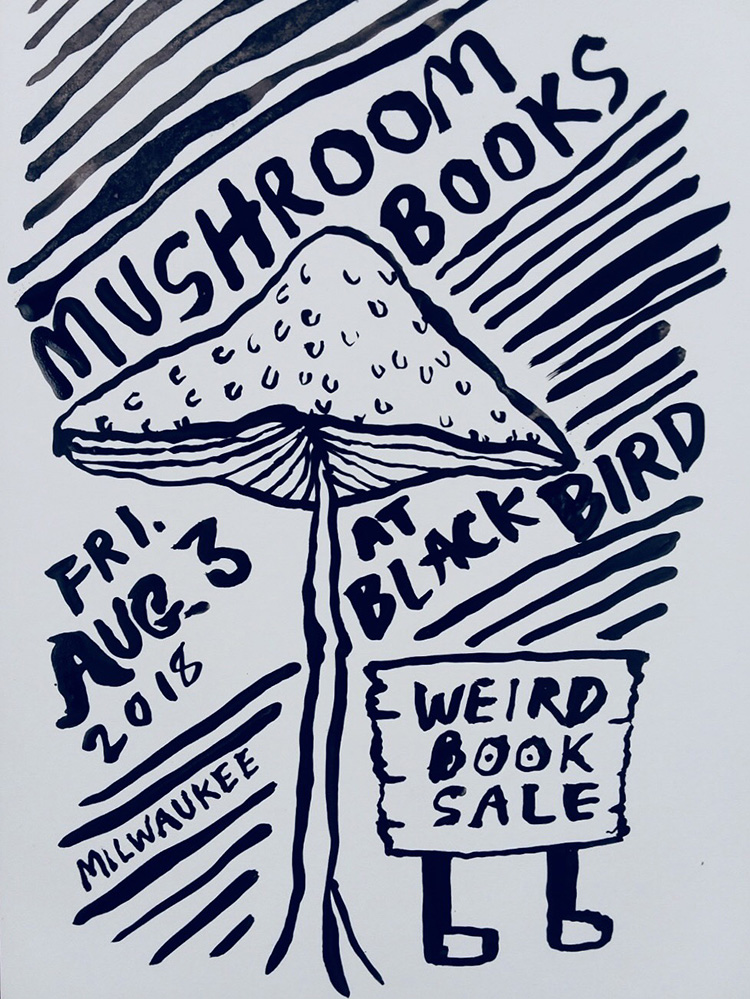