Take a tour of the city with “Milwaukee Mural Of The Week,” a regular feature that looks at Milwaukee murals both iconic and lesser-known. 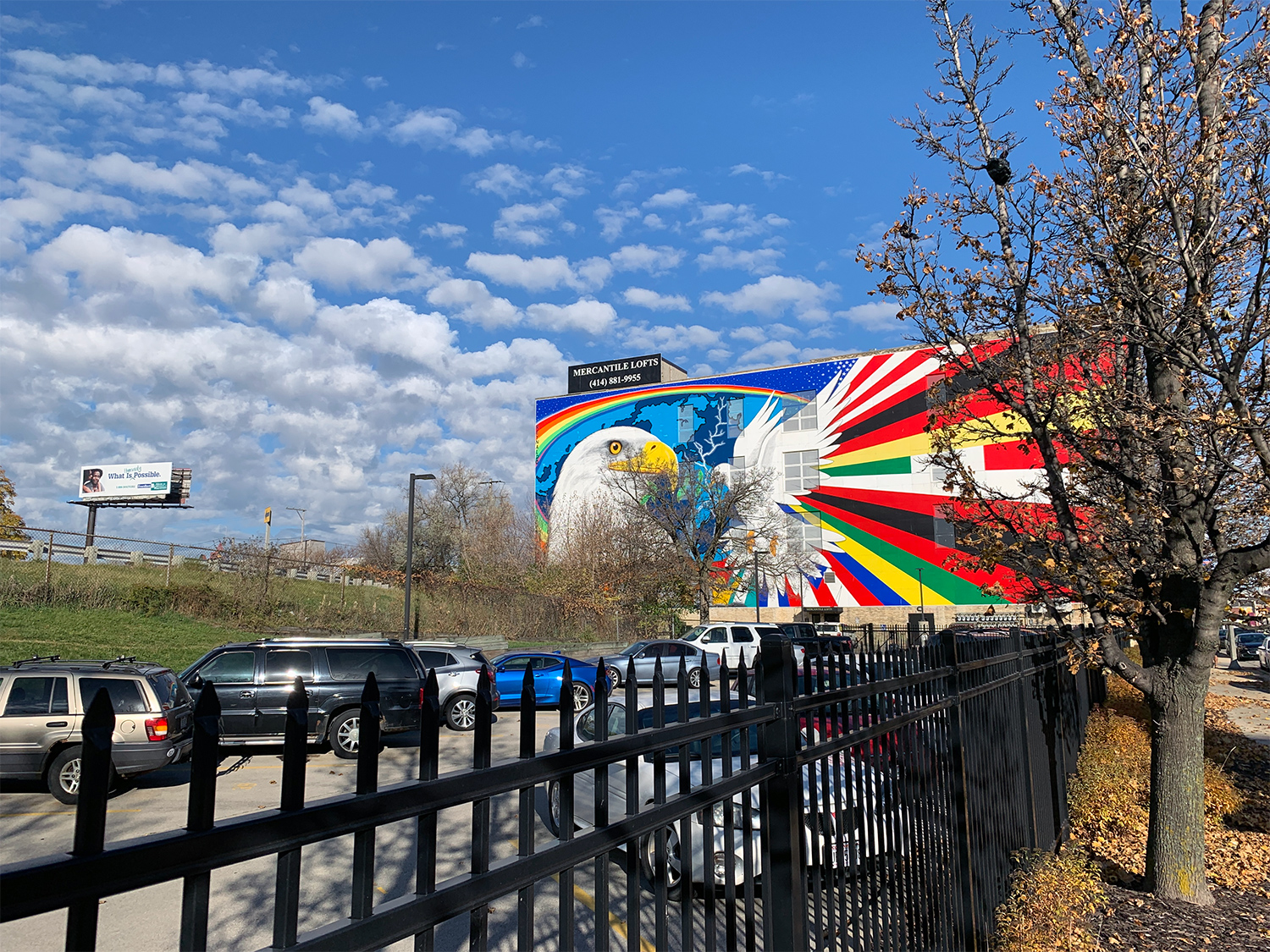 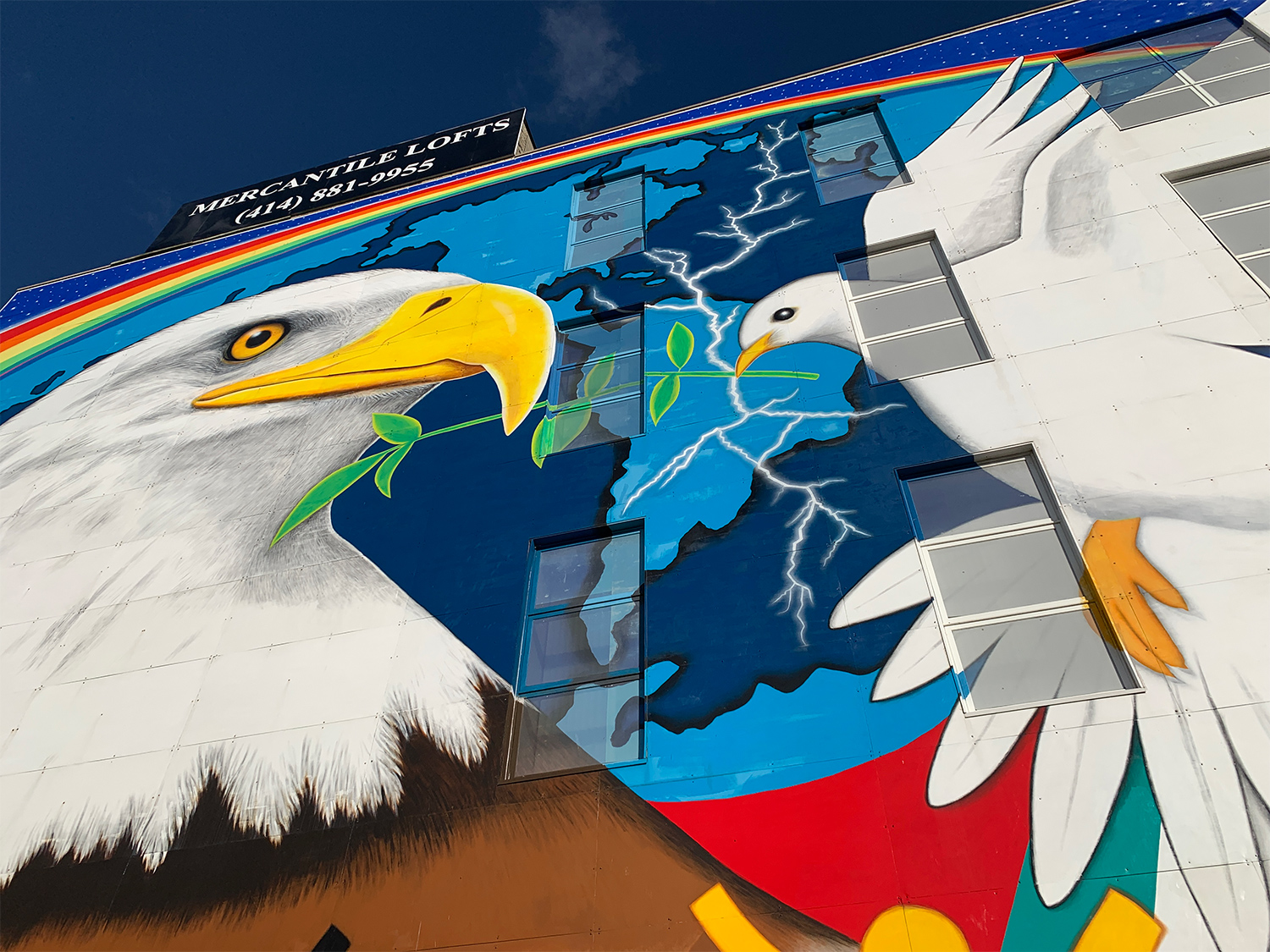 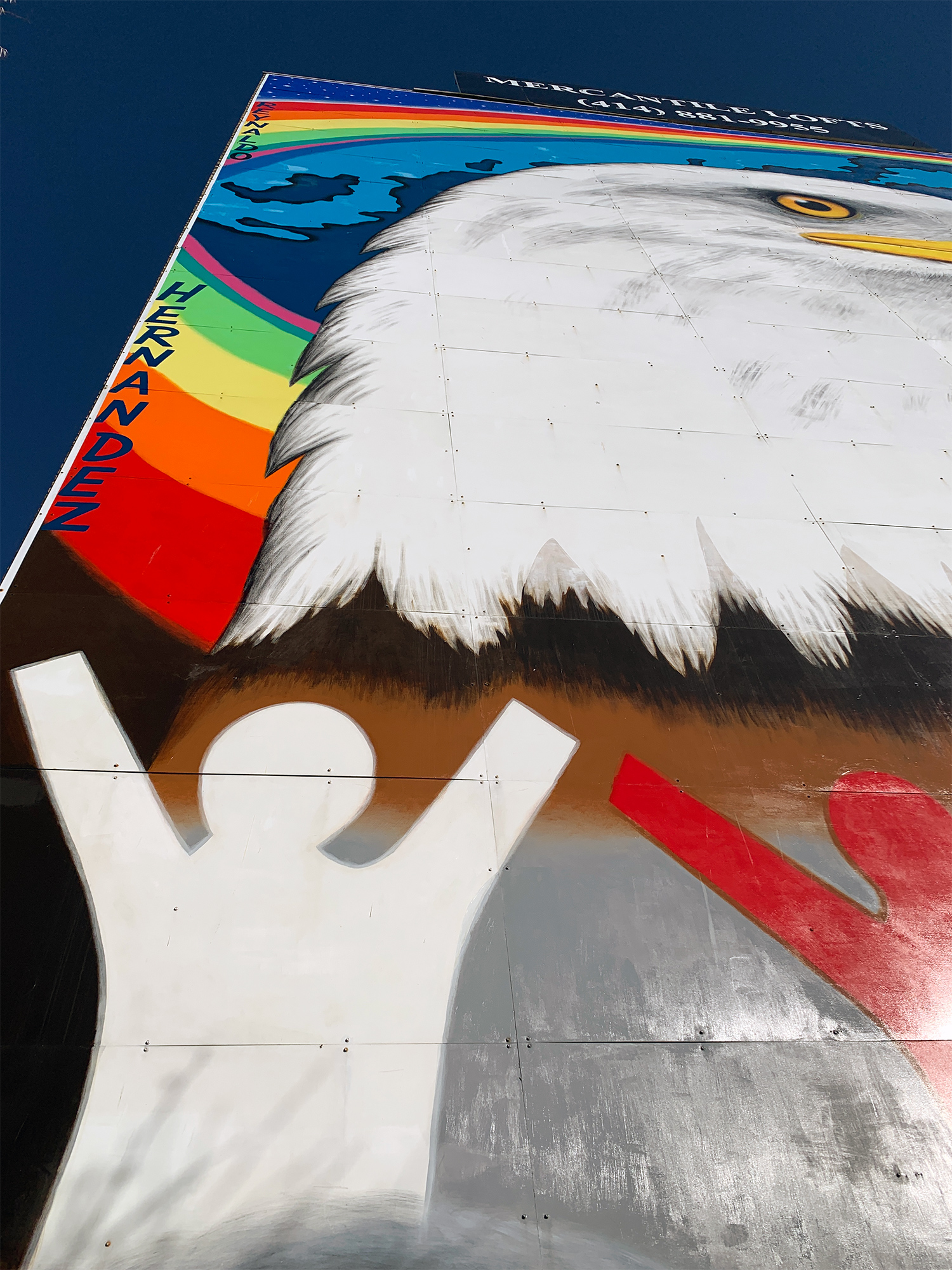 If you’ve ever driven north on I-43, headed toward Downtown Milwaukee, you’ve almost definitely seen “Mural Of Peace.” The 60-by-152-foot mural—which depicts, among other things, an eagle, a dove, a rainbow, and a bolt of lightning—soars high above the interstate on the south wall of the Mercantile Lofts building. But neither the mural nor the building are exactly what they used to be.

When Milwaukee-born artist Reynaldo Hernandez completed “Mural Of Peace” in 1994, the building was home to job training non-profit Esperanza Unida. (It was Esperanza Unida director Richard Oulahan who commissioned the piece, telling Hernandez to “show the diversity of the south side of Milwaukee and show its aspirations and concerns.”) But the city foreclosed on the building in 2014 due to unpaid property taxes. In 2015, Northpointe Holding LLC bought the property for $1.3 million and began work converting it into a 36-unit apartment building. Today, the building is known as the Mercantile Lofts. (Office space takes up most of the first floor, better seen from the building’s front facade on National Avenue.) 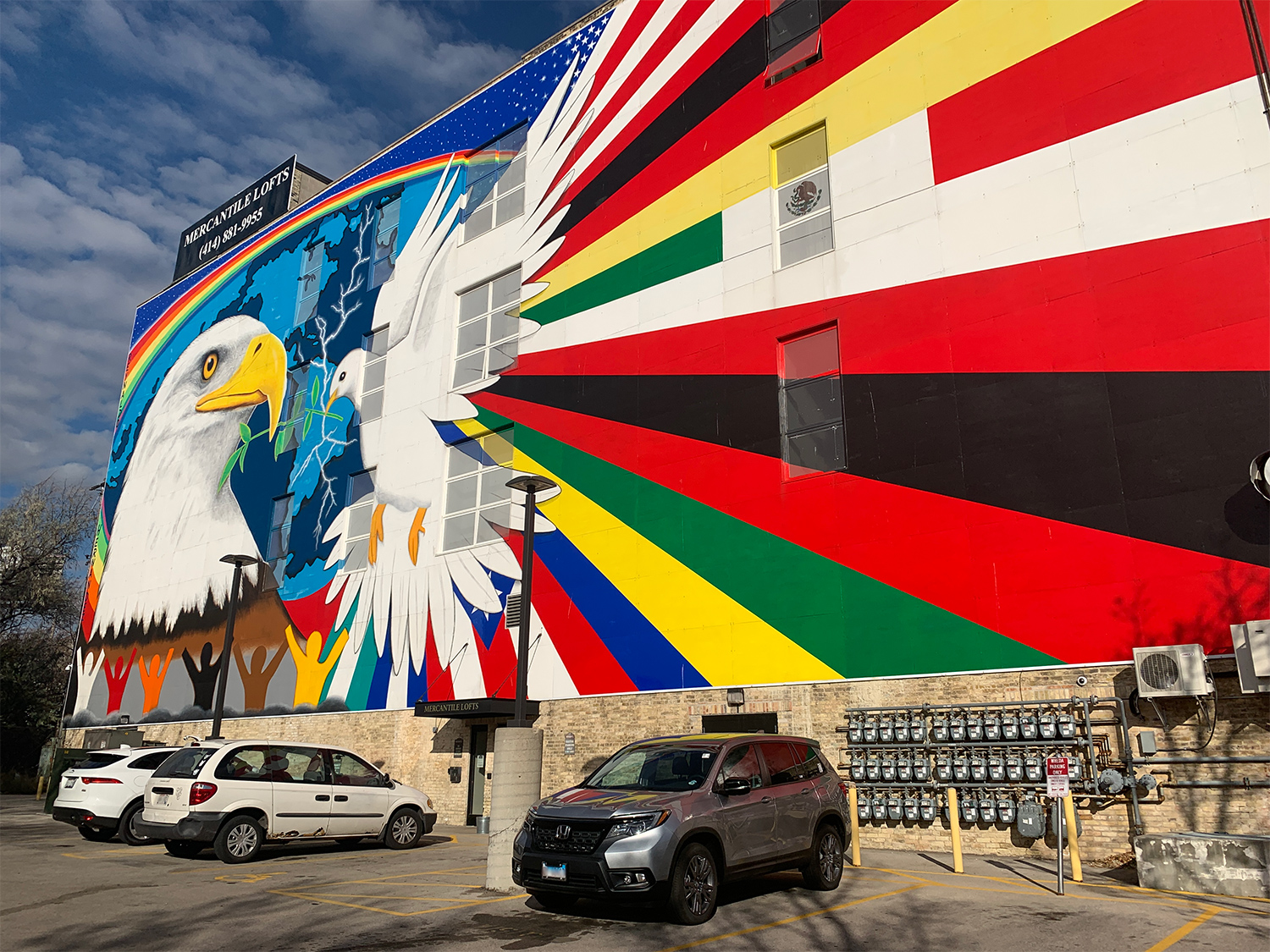 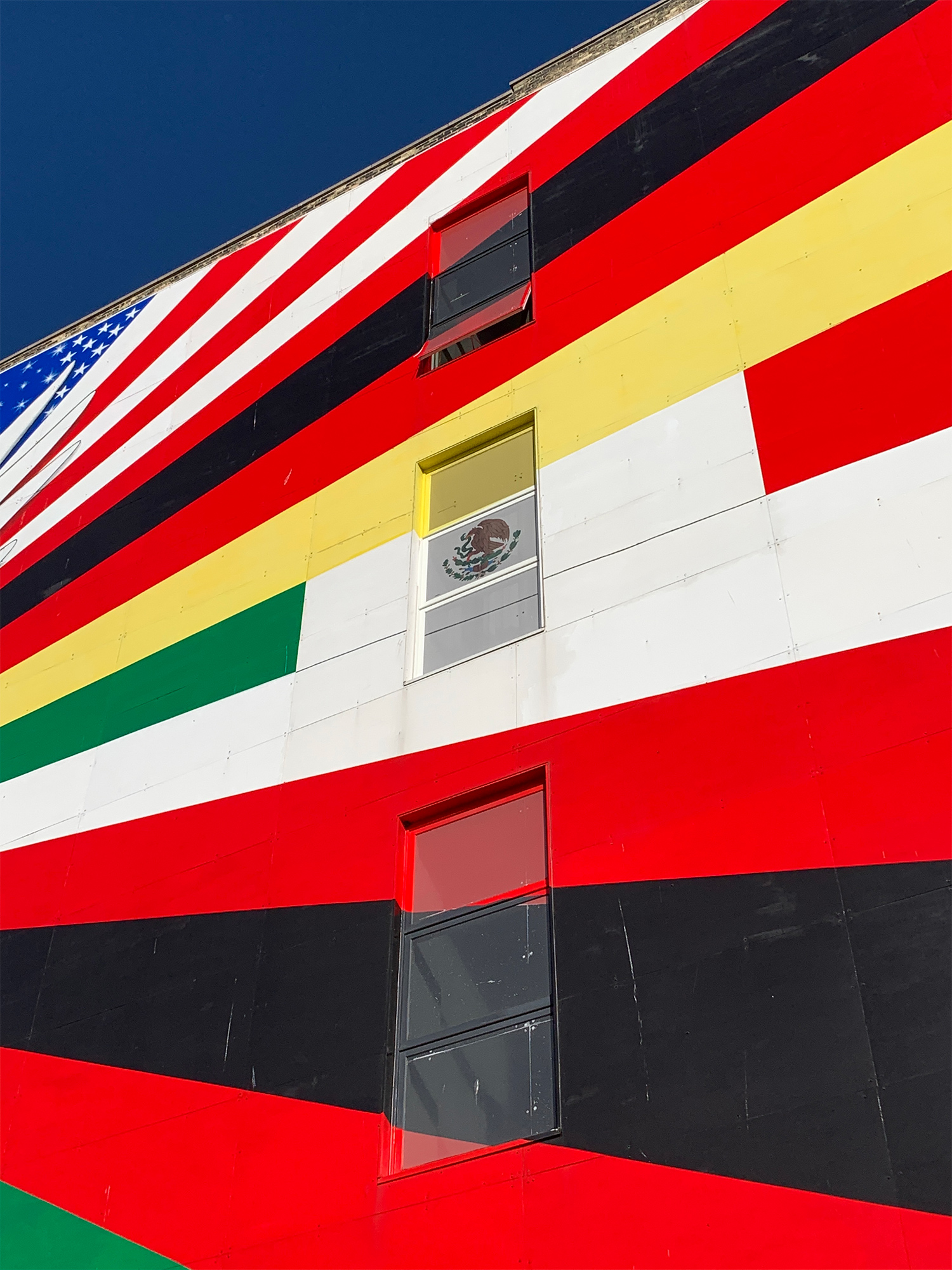 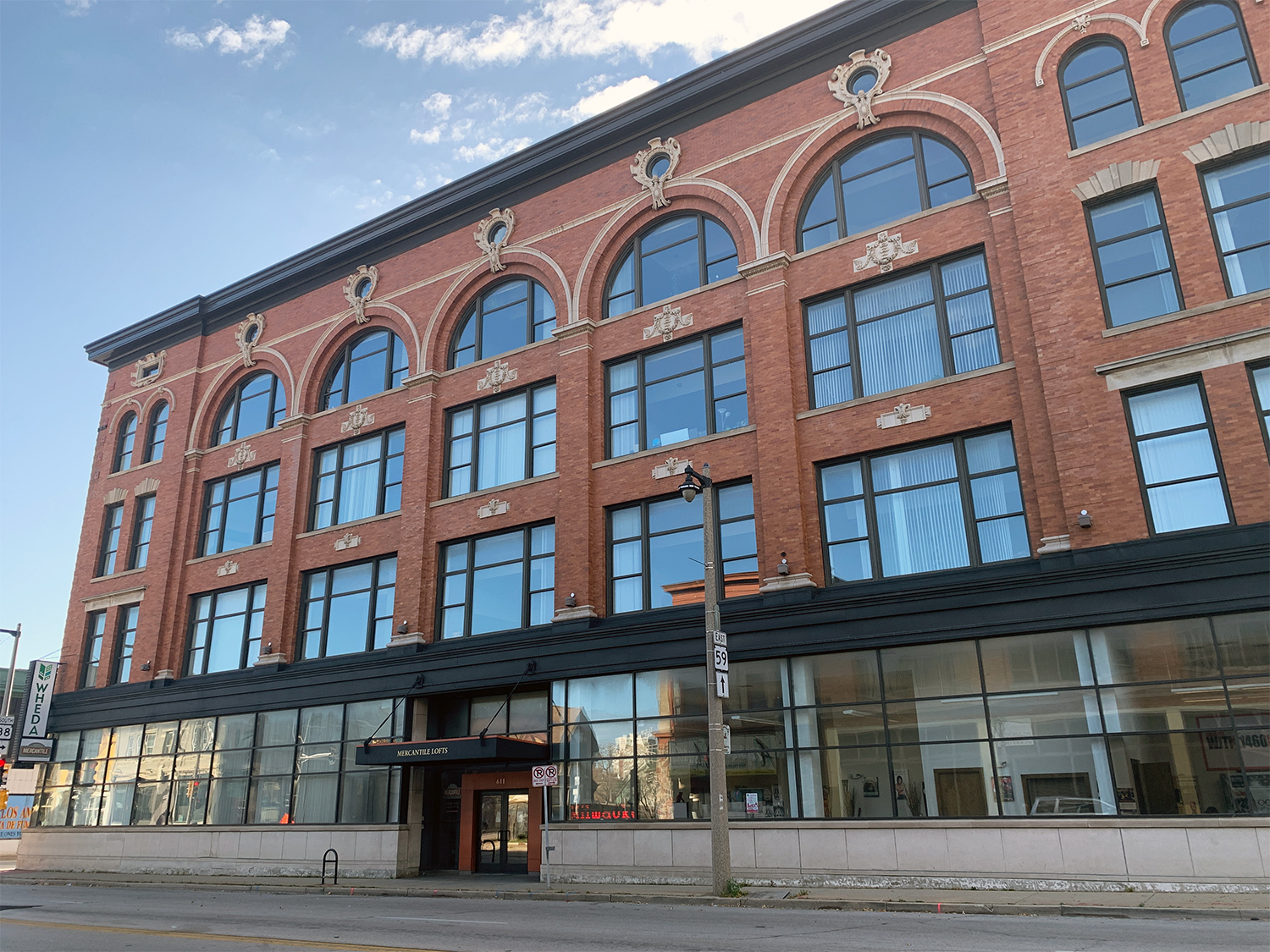 There was a slight hiccup in that transition, though: In 2016, while work was underway, sections of “Mural Of Peace” were removed. (The mural is painted on nearly 300 panels, which in turn are attached to the building’s cream city brick.) Concerns rose that the mural was being removed entirely; however, it was quickly revealed that the building’s renovations called for windows on the south wall. Working with Hernandez, the building’s owners covered the new windows with colored vinyl, thus preserving the slightly modified “Mural Of Peace.”

Before the window drama, in 2012, the mural was restored. Watch a video detailing that restoration—including an interview with Hernandez—below.