If you thought a bunch of tire swings hanging underneath the Marsupial Bridge on Water Street was a swell idea (that would be Swing Park, btw), how about some brand new pickleball courts under the I-794 freeway between Downtown and the Historic Third Ward? 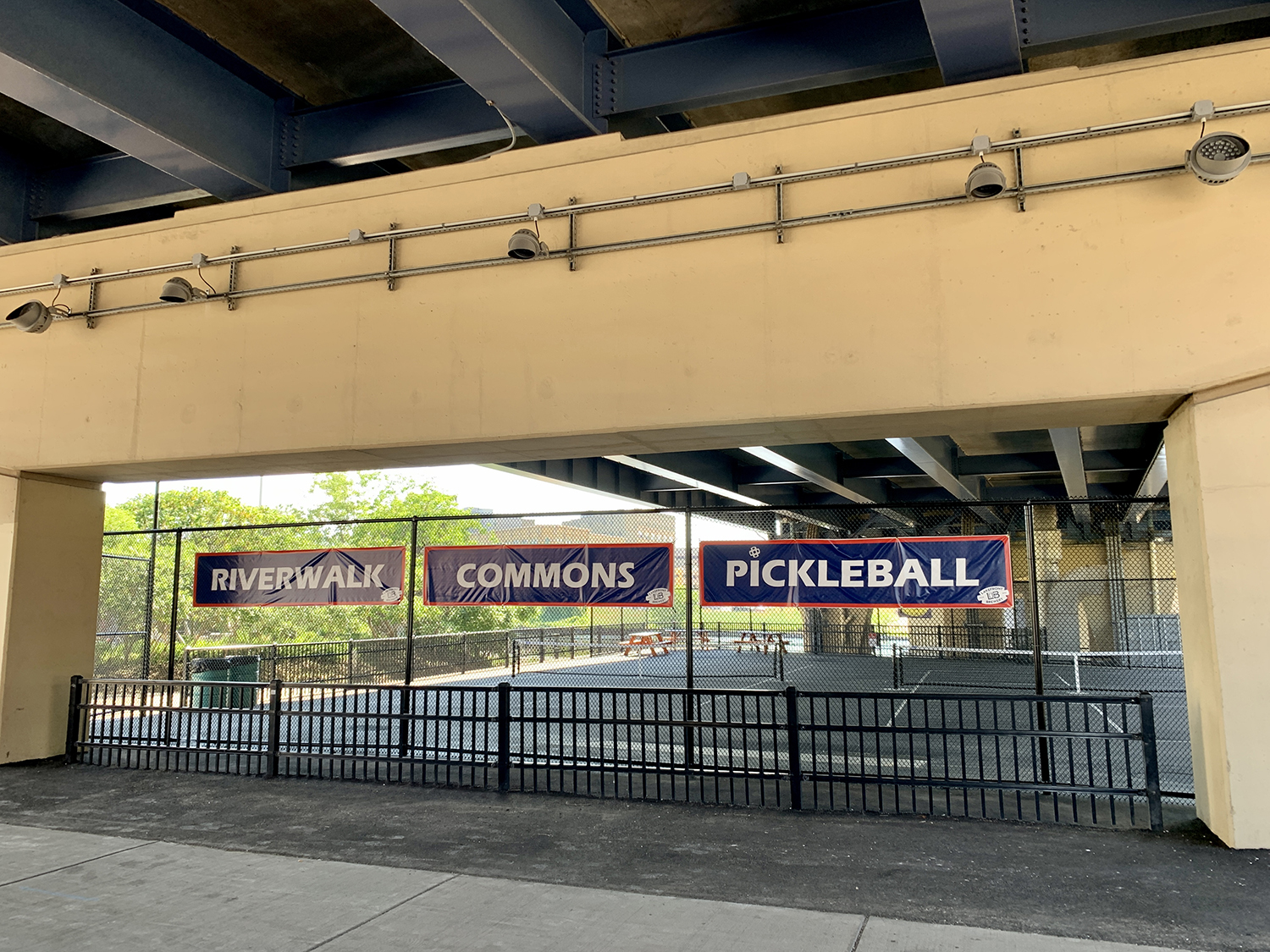 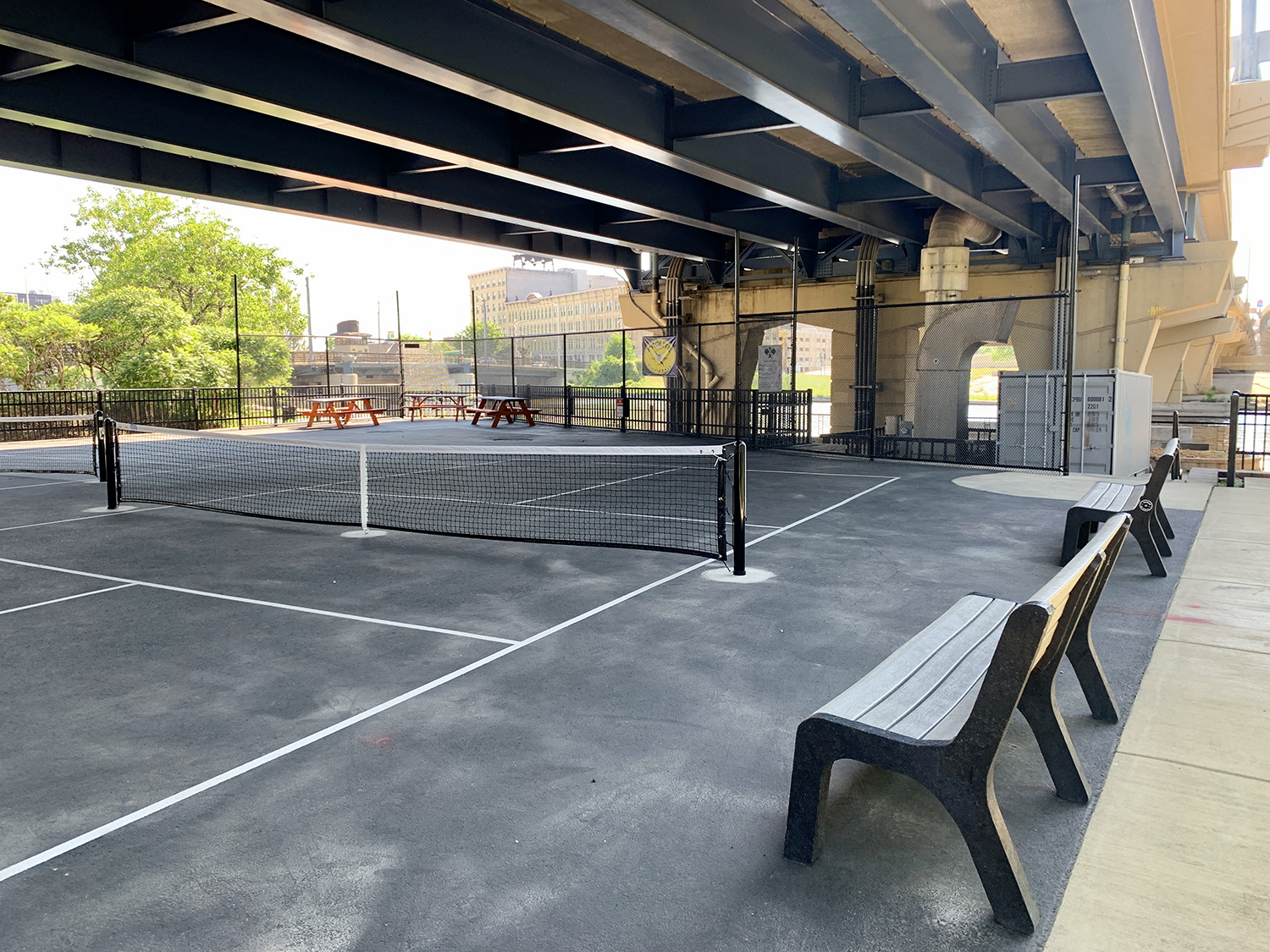 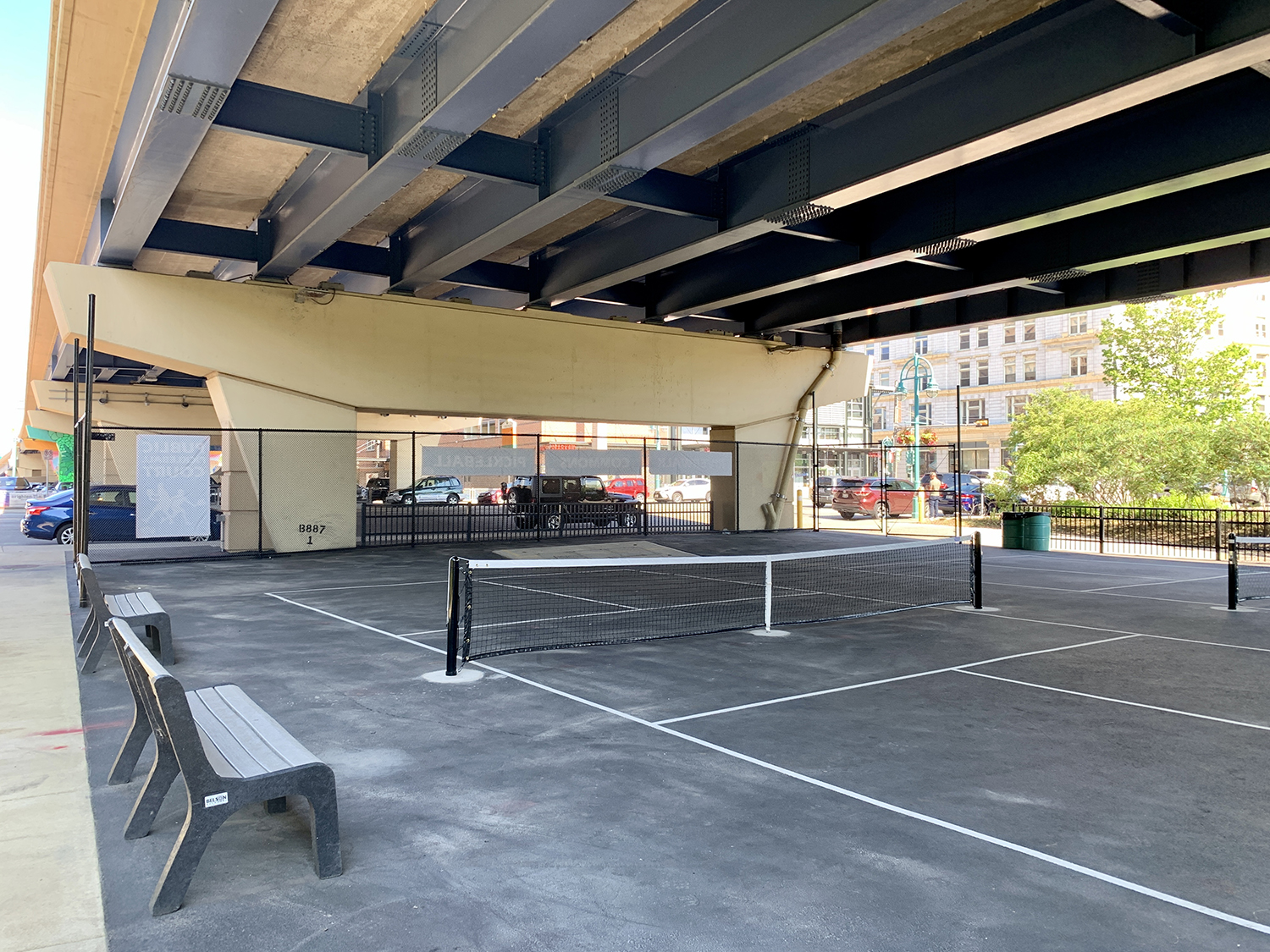 The urban pickleball courts are just one component of a larger project that seeks to spruce up the unused spaces beneath the freeway, and better connect Downtown and the Third Ward. The “Brighten The Passage” initiative, for example, features numerous double-sided murals from Milwaukee artists painted on nearby freeway support piers.

“It certainly is a space that is probably going to be…highly sought after in the coming months, if not years, just due to people’s interest in being outside and gathering outside in a safe and responsible way,” Paul Schwartz, executive director of the Milwaukee Public Market, told the Milwaukee Journal Sentinel last summer. 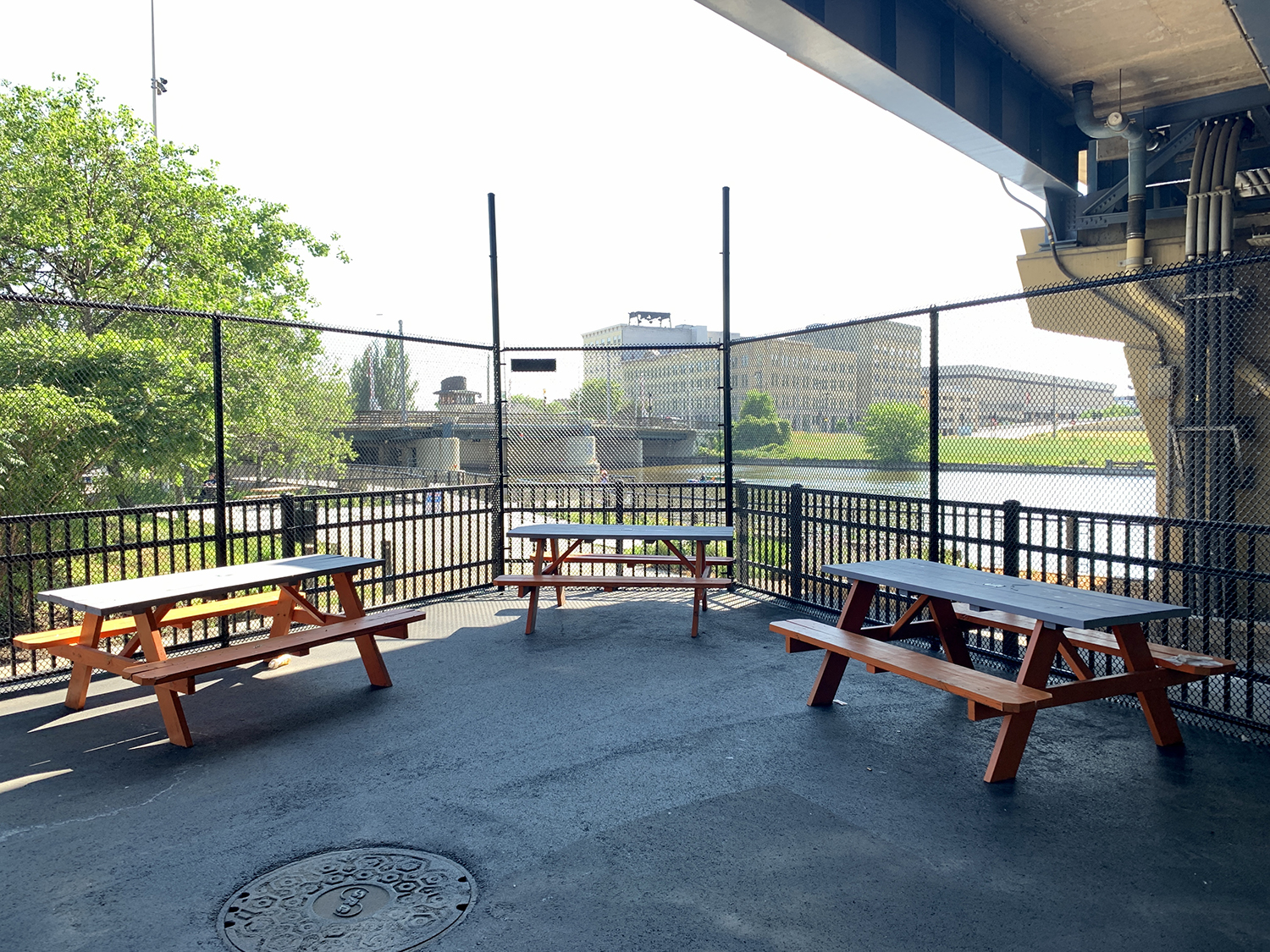 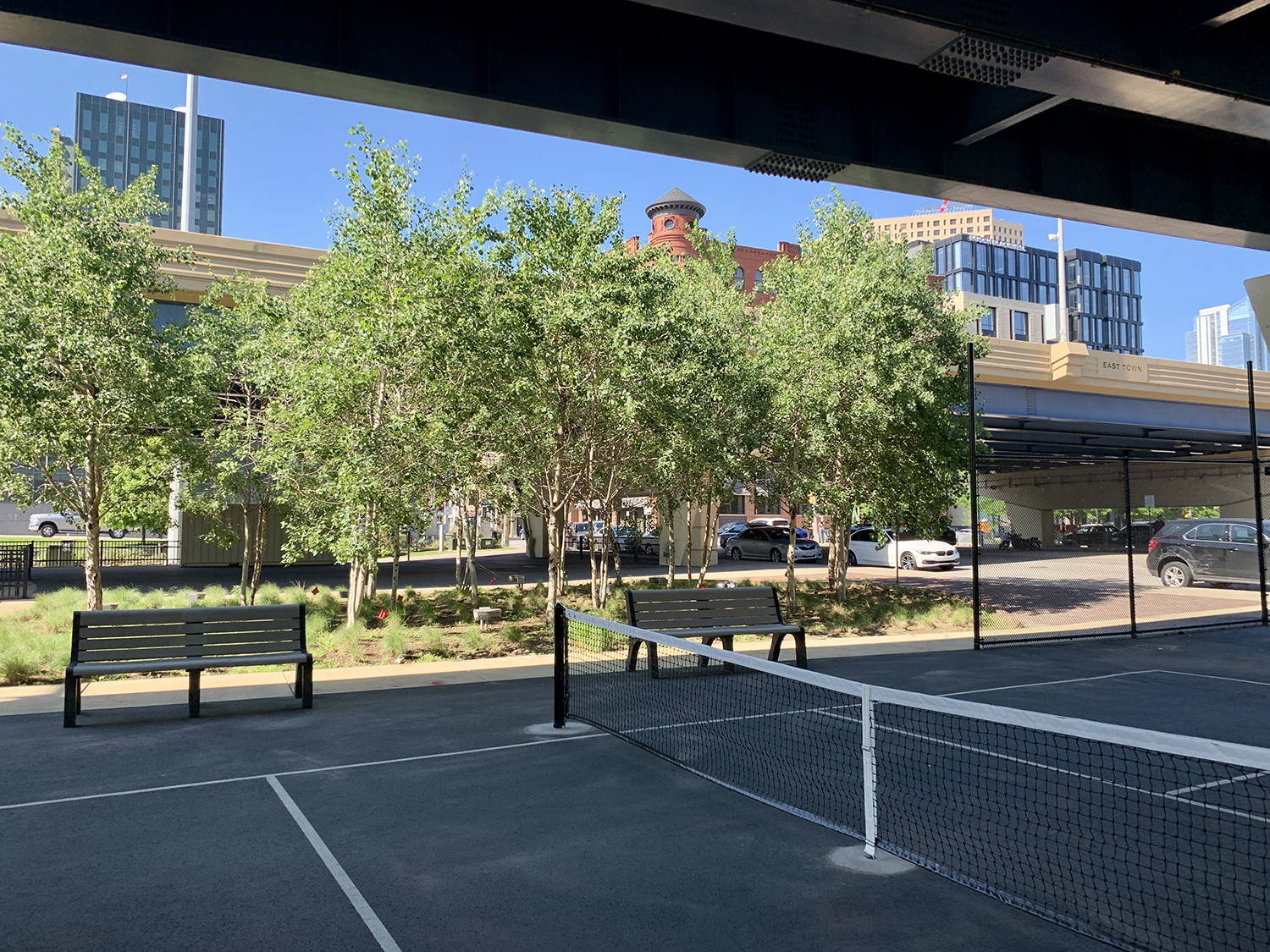 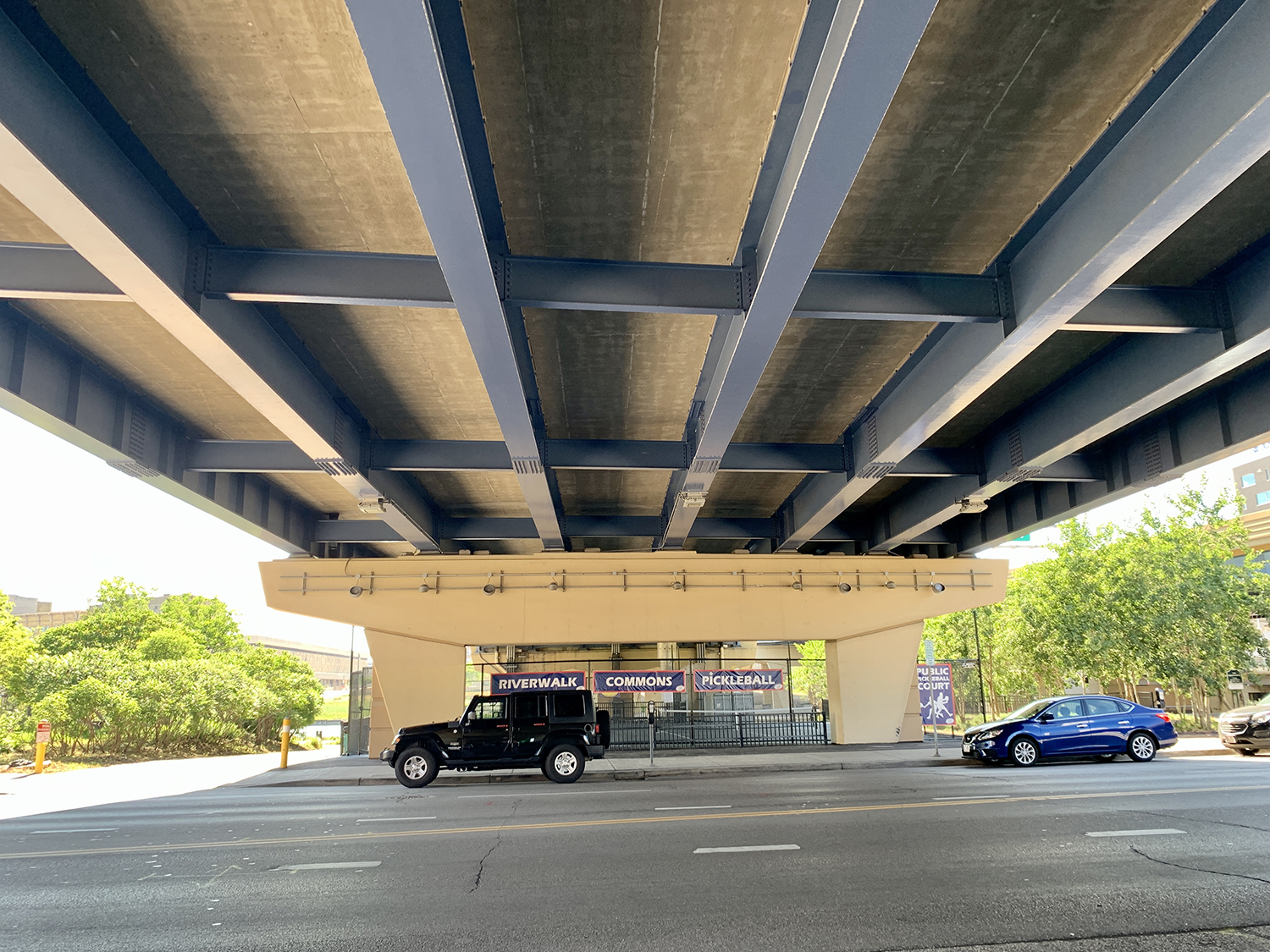 Anyway, this is great. Kudos to Milwaukee for building a downtown shrine to this weird and wonderful sport, which is wildly popular in Wisconsin and is totally a gym class classic. Let’s do a permanent dodgeball court on Wisconsin Avenue next.

• 14 pictures of “Brighten The Passage,” a.k.a. the support pier murals under the I-794 freeway