In case you missed the various billboards, drink coasters, posters, and other forms of advertising haven’t caught your attention yet, you might be interested to know the Milwaukee Tattoo Convention is this weekend. The 9th annual affair will bring thousands of tatted-up ink enthusiasts to the Wisconsin Center over the course of three days (September 21-23).

Being an event in Wisconsin, there are sure to be at least a few people in attendance who wear their love of their favorite football team on their sleeve—literally. However, it doesn’t take a weekend-long convention happening in town to see a Green Bay Packers tattoo in Milwaukee. Countless Packer Backers all around the city (and the state…and world) have permanently pledged their allegiance to Green Bay football with a Packers tattoo.

In September 2014, Holy Shit! vocalist “Tabman” Conard bought himself a birthday gift in the form of a bicep tattoo honoring his favorite football team. The Green Bay native, decided to go under the needle after moving to Milwaukee as a way to pay tribute to his hometown and his favorite franchise. 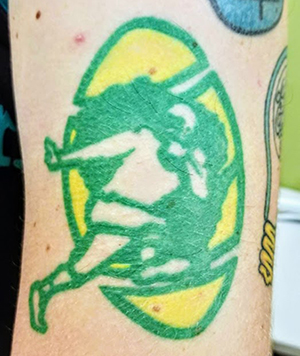 Conard asked Night Light Comics artist Matt Chicorel to add a dash of his own artistic flare to a vintage Packers logo. “Out of respect” to the organization and his family, Conard asked for the alterations to be subtle.

“I always liked the old ’50s and ’60s logo,” Conard says. “My grandparents had a lot of Packer memorabilia around their house growing up, mostly from that era.”

Following between two and three hours in the chair at a since-closed Riverwest parlor, and what looks like some pretty serious shading, Conard has a keepsake on his arm that has attachment to Green Bay, his grandparents, and his beloved Packers. When he leaves Wisconsin, the tattoo is also a way to bring other Packer fans out of the woodwork.

“They get excited,” Conard says. “It’s usually pretty fun. My family was just in Yellowstone two weeks ago, and that happened once or twice.”

“Any time I travel, I get a lot of recognition from Packer fans across America who see the logo and give me that knowing look of camaraderie,” Laken says. “We really are everywhere.”

Laken got the team’s iconic “G” tattooed on her lower left bicep in 2012. After “an hour, tops” in the chair, she was officially marked a fan for life. Roughly six years later, she says she has no regrets.

“It’s a way of life,” Laken says. “It’s the way we’re raised here in Wisconsin. We get together every Sunday, we make food, we drink, and we come together for the sake of our team. It’s in our blood. It’s already permanent in our community, so why not make it permanent on my body?”

Meredith Hall has seen her fair share of Packers-related tats through the years. Though the tattoo artist and owner of Old Forest Studio in Oak Creek admits she’s personally done far more Blackhawks tattoos, she recognizes the statewide phenomenon of people with Green Bay Packers tattoos.

“It’s not just tribal warfare, it’s a family alliance,” Hall says. “Maybe I’m biased or optimistic because I’m from Wisconsin, but I think that is why you are more likely to see Packers tattoos around town. People trust the brand enough to put it on their body.” 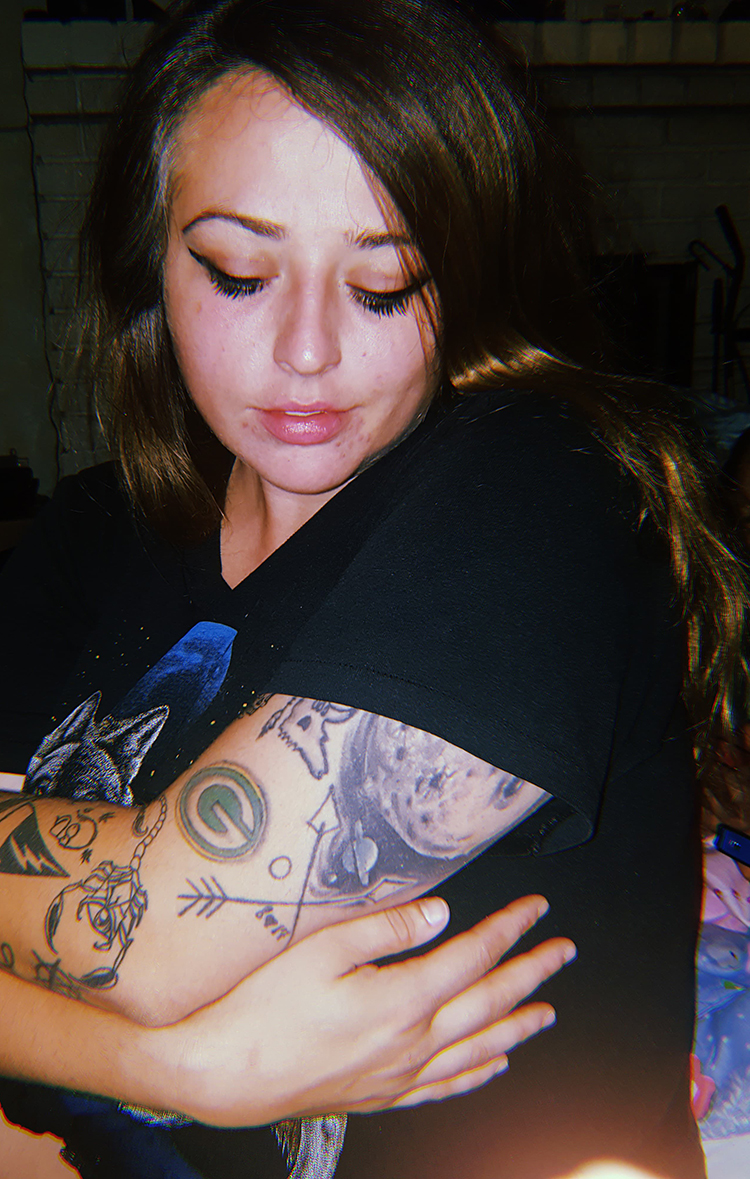