After being overlooked and underrated during his first three NFL seasons, Aaron Jones is finally starting to get the respect he deserves. The Packers running back has started the 2020 campaign strong, already rushing for 284 yards and three touchdowns (plus one receiving TD) in Green Bay’s first two games of the year. Between his outstanding 2019 season and his hot start this month, the talented tailback has earned some long-overdue respect from fans around the league. And now, Jones’ play has also earned him the distinction of having his very own breakfast cereal.

You can order a two-pack of Aaron Jones Touchdown Squares for $19.99 (plus shipping) on PLB’s website. The Festival Foods grocery chain also stocks the cereal. More regional grocers are sure to have it available in the coming weeks. 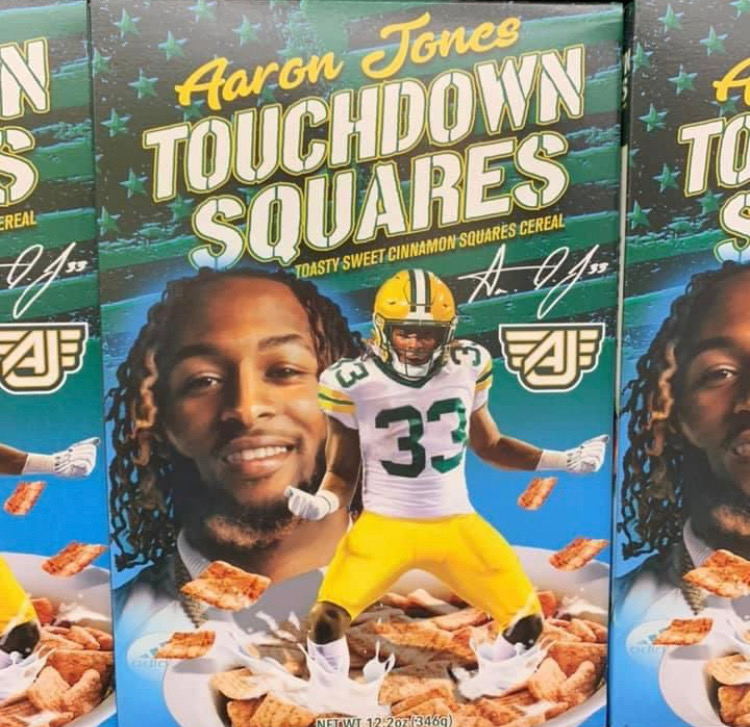