Last August, WORK released Strictly Cruis’n, a record we called “a frenzied and genre-bending 12-song follow-up that continues the ironically-named outfit’s trend of fun-yet-focused material.” The release of the self-proclaimed “doom country” outfit’s third full-length full of punk-tinged folk ditties also doubled as a goodbye of sorts, as drummer Kavi Laud’s move to Austin, Texas has resulted in significantly fewer live shows and essentially put a stop to new material. Though he’s not ready to call it a day with WORK, singer/guitarist Joe Cannon has now shifted his creative focus to a new project called Resurrectionists, which will play its debut show at Company Brewing this Friday.

Cannon, WORK bassist Jeff Brueggeman, and a pedal steel player named Gavin Hardy started the project around the time Laud moved away last summer. After lots of looking and some fruitless attempts to bring other instruments into the fold, drummer Josh Barto was welcomed into the mix and Resurrectionists was officially formed.

“WORK is a punk band, but I have a penchant for writing tense, slow, moody things as well,” Cannon tells Milwaukee Record. “There’s a couple of them on each WORK record. With Resurrectionists, I thoroughly indulge that vice.”

With Cannon and his distinct vocal delivery at the helm, the handful of Resurrectionists demos that have been released so far show a gloomier side of the singer. The bandleader describes the early output as “slow, desperate, noisy songs, with pedal steel.”

Following Friday’s debut, Resurrectionists intend to record the rest of their completed material and play a few more shows before Hardy moves to New York in July. Much like Laud’s move that’s halted WORK for the time being, Cannon says there are no plans to end Resurrectionists or replace the relocated member. They’ll just record and perform as time and geography permit.

“Pedal steel players are very rare in Milwaukee,” Cannon says. “Even rarer is a steel player like Gavin, who combines a great deal of ability with a healthy appetite for experimentation and rule-breaking.”

Resurrectionists will play their first show at Company Brewing on Friday, May 10. The show begins at 10 p.m. Union Specific and Lady Cannon will perform in support. 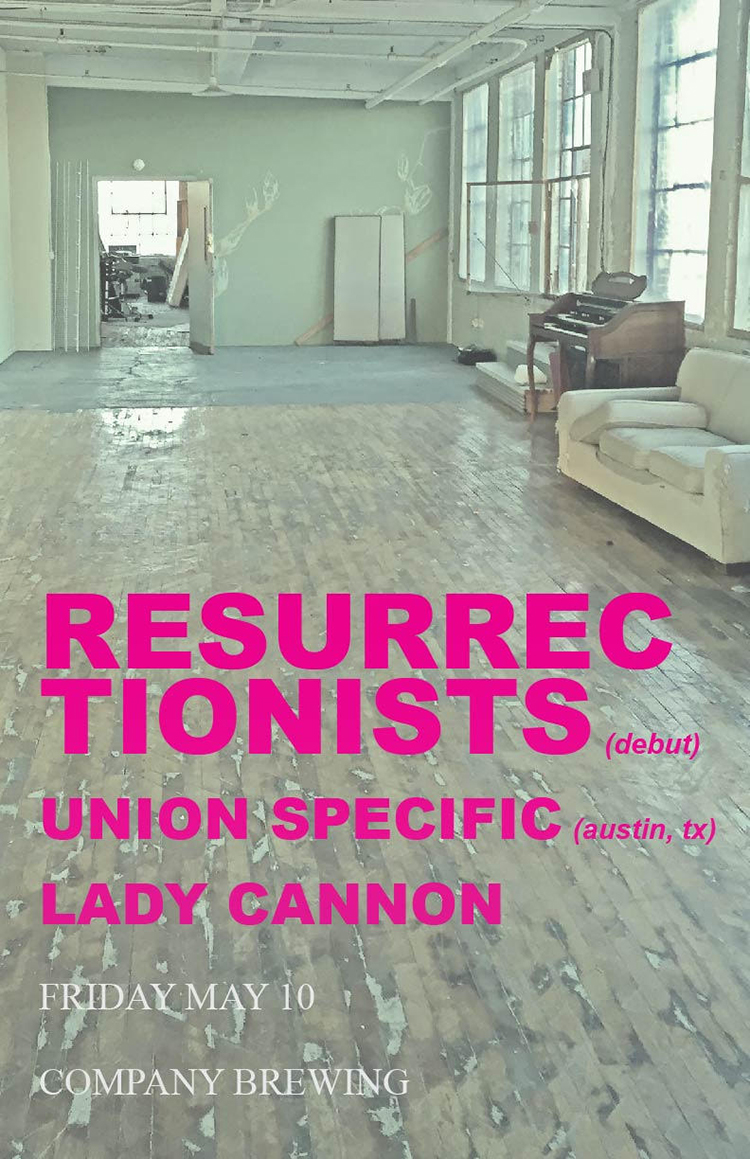