You find yourself backstage at a play, moments before your entrance, unable to remember your lines. A creeping wave of terror washes over you. Oh god, what am I doing here? What is this? I’m doomed. Maybe you’re back in high school, staring down an unexpected test or struggling to come up with your old locker combination. Your mind and body are frozen, useless. No, no. Not again. Please, not again. Or maybe you’re standing in front of a dozen people at a bar in your hometown, being handed an acoustic guitar from a member of Wisconsin’s premier ’80s hard rock cover band, and slowly realizing you have no earthly idea how to play Garth Brooks’ “Friends In Low Places,” even though that’s the song you’re about to play and that’s the song you requested moments ago for reasons which will forever remain a mystery. The music starts and you try to strum an opening A chord, but nothing happens. Your mind and body are frozen, useless. People are staring. The music continues. You continue to do nothing. People in the crowd are filming with their cell phones. Your mom is out there. You’re doomed.

Anxiety dreams are like porn: they’re hard to define, but you know them when you see them. Different from nightmares in that they occur during the REM stage of sleep as opposed to the NREM stage, anxiety dreams nevertheless possess a nightmarish quality. Crumbling teeth, public nudity, getting lost, and the aforementioned play and high school dramas are typical subjects. Freud tied them to his wish fulfillment theory, theorizing they were icky desires made more palatable via a sense of punishment. Still, the imposing Austrian thinker would have surely agreed that these dreams could rarely, if ever, manifest themselves in one’s waking life.

Except my waking life. Yes, I’ve had the dubious honor of living out not one, but two anxiety dreams, both during visits to my family in Mayville, Wisconsin (population 5,000-ish). The first involved me stumbling home with my brother at bar time and losing one of my front teeth to a bologna sandwich—an event far too stupid and unappetizing to detail here. The second, slightly more entertaining dream-come-true, involved me completely and utterly blowing it while trying to play a fucking Garth Brooks song—an event that, as the title of this piece suggests, comes complete with a cameo from a dude from long-rocking Wisconsin cover band Cherry Pie. And if that’s not enough to qualify this story for inclusion on a site called Milwaukee Record, I don’t know what is.

To explain: A few months ago I received a series of excited late-night texts from my mother, extolling the musical and fun-having virtues of a Thursday night “open jam” at Mayville’s Backstreet Cafe, Pub & Grill. “It was GREAT!” texted my mother. “A lot of different guys from bands around here. A girl played a great violin. Next time you come here with [my daughter] you have to come Thursday. And we will go down after she is asleep. Dad can stay home and if she wakes up we can go home. It was a lot of fun!” Needless to say, I love my mother.

Fast-forward a few weeks and sure enough, I find myself in Mayville on a Thursday with my daughter, and sure enough, I find myself at Backstreet later that night with my mom (dad stayed home). The weekly open jam in question is pretty much what you’d expect: a drum set, some guitar and bass amps, a keyboard, three of four vocal mics, and an invitation to get up and, well, jam. The rotating cast of musicians is also pretty much what you’d expect: a handful of local heroes, a guitarist who played on a song my old band wrote 8,000 years ago called “Hard Bologna” (again with the bologna!), a drummer who played with my band for Mayville’s annual “Maystock” festival (true story!), and a few dozen onlookers. The type of music is also pretty much what you’d expect: lots of classic rock, dollops of The Beatles and Tom Petty, plenty of Billy Joel and Bob Seger. (An aside: I’ve always thought it would be great to start a Bob Seger tribute band called “Strictly Seger.” Google tells me I’m the only one.) The weekly event rotates between two different hosts, and tonight’s host is none other than longtime Cherry Pie guitarist and keyboardist Josh Becker.

Some words about Cherry Pie, and cover bands in general: They’re kind of fun! Slagging off cover bands is practically a God-given right in Milwaukee, what with their ubiquitous presence at Summerfest and the city’s glut of street festivals, but I’ve long made my peace with them. If enjoying a bunch of dudes playing “You Shook Me All Night Long,” or a bunch of dudes and a female lead singer playing “Me And Bobby McGee” is a crime, consider me guilty. As for Cherry Pie, I’m pretty sure I caught them years ago at Rooters (R.I.P.) and found myself won over by their crack musicianship and rock-heavy, ever-so-tongue-in-cheek charms. Plus, their bio from 2000 states that the band “consists of five fun-loving guys who are sick and tired of years of the ‘Alternative’ scene (you know, those bands made up of punk-ass lumberjacks with no musical training and a stick up their butt),” which is kind of endearing. Yes, the scourge of the ‘Alternative’ scene was frightfully real back in the day, folks, and Cherry Pie was there to save us all. 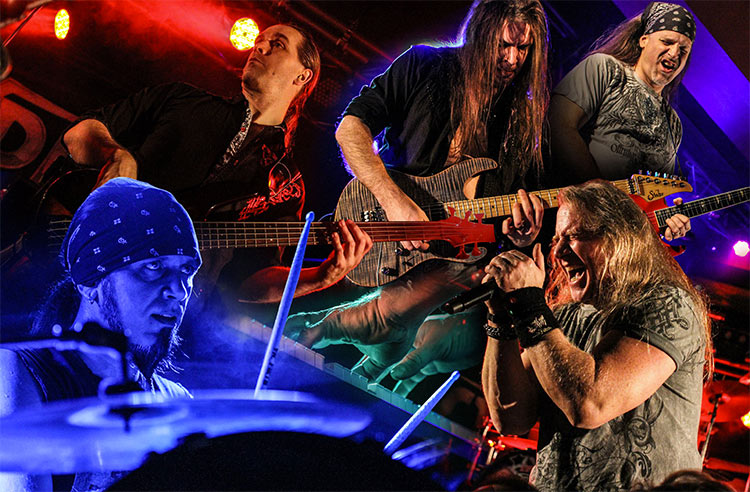 Back at Backstreet, I take a seat next to my mom and a few of her friends, and take in the sounds of “American Girl,” “Drift Away,” “Piano Man,” and the like. Becker is a pro, switching between guitar and keyboard, effortlessly leading friends and strangers through whatever song happens to tickle their fancy. A few people in the crowd dance. Another produces a harmonica and plays along. It’s a low-key night of low-key music in a low-key town. I’m having fun.

Trouble starts to brew, however, when one of the musicians, the boyfriend of one of my mom’s friends, spots me in the crowd. “Hey, is that Matt Wild?” he asks into the mic as the final notes of a CCR song or whatever ring out. “Get up here and play something!” My mom and her friends look at me, beaming. “Yeah! Get up there!” they say. “No, that’s not a good idea,” I say. “Oh, come on!” they say. “I’m not very good,” I say. They all laugh, as if to say, “Don’t be ridiculous! You’re great!”

A word about my musical skills: I am not great. Though I played in a band (Holy Mary Motor Club) from the time I was 13 until my late 20s (our accomplishments included opening for Arcade Fire at Mad Planet and playing a coffee shop in Alton, Illinois that one time), I can honestly say that, at best, I’m a mediocre guitar player and a terrible singer (my duties in my band included playing guitar and singing). Even worse, for the purposes of this story, I never bothered to learn other people’s music. Sure, give me a chord sheet and I can strum along to most anything, but ask me to pull, I dunno, “Two Out Of Three Ain’t Bad” out of my ass at a moment’s notice and I’m seriously fucked.

I’m contemplating all this when suddenly someone is standing next to me. It’s Becker. “Well, how about it?” he says. “What do you want to play?” The entire bar seems to be looking at me. I realize I’m trapped. I have to say something. “Uh, ‘Friends In Low Places’?” I stammer. “Okay,” Becker says, and heads back to the stage.

Now, much like the kid from A Christmas Story who blurts out “football” when pressed by Santa about what he wants for Christmas, I have no idea why I said “Friends In Low Places.” Maybe I thought it would be an easy song to play (it is), or maybe I thought the 1990 Garth Brooks smash would be a good crowd-pleaser (it should have been). So yeah, I said “Friends In Low Places,” even though my actual wish, my Red Ryder BB Gun, so to speak, was “I wan’t to go home and die.”

The next few minutes are both a blur and forever etched in my psyche, already leaving scars where happy memories of childhood birthday parties and first loves once resided. I walk up to the stage, Becker hands me a guitar, tells me something about a tricky E diminished chord, and takes a seat behind his keyboard. Any hopes of following along with another guitar player are dashed. It’s just the two of us. He begins. I freeze up. I choke. Nothing happens. Reread the opening paragraph if you must. Not long after standing there like an idiot for a verse and a chorus I simply lift the guitar off my shoulders, place it on its stand, and walk off. My mom and her friends avert their eyes as I sit back down. I just lived an honest-to-shit nightmare. It really happened. In front of one of the dudes from Cherry Pie. Fuck. It takes all of my willpower not to run out of the bar and into oncoming traffic—if there was oncoming traffic in Mayville on a Thursday night.

I manage to sit there for another hour and swallow my pride. I try to laugh it off. It sort of works. I’m happy to at least accomplish that. Later, after my cousin shows up with his new muscle car, my mom and I walk home. “You weren’t that bad,” she says. “Mom, I blew it,” I say. “Well, okay,” she says. 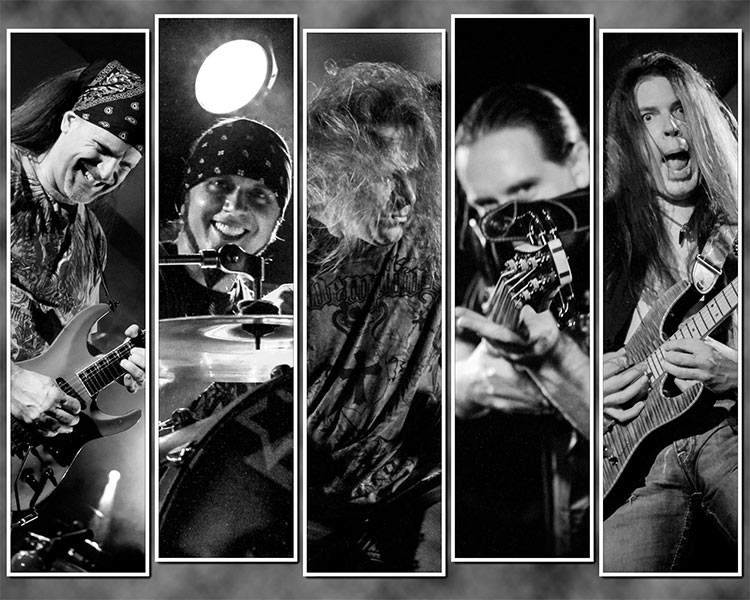 Back in the early ’00s, my band actually played Backstreet Cafe, Pub & Grill, and it was an absolute blast. What seemed like hundreds of our old Mayville friends showed up for the show, joined by dozens of our Milwaukee friends who made the one-hour trek north. With the help of a handful of covers and some songs we wrote when we were 13 (which, to be honest, were hard to distinguish from the ones we wrote when we were in our 20s), we played for three-plus hours. The bar ran out of booze. We got paid a ridiculous amount of money. Afterwards, we tore through the town like we always imagined we would.

Those days are long gone, but it’s easy to feel their pull every now and then. I felt it that night at the Backstreet open jam. There’s something so exciting, so irresistible about getting up and doing something in front of other people, even if there are only a dozen of them and your friends and family are nowhere to be found. Maybe that explains the appeal of cover bands like Cherry Pie. Maybe that explains why I went ahead with something I knew I couldn’t do. Maybe that explains why I find myself back in my hometown so often, trying to grab hold of something that no longer exists. Like Garth says, blame it all on my roots.