Though Milwaukee seems to have every weekend covered in terms of entertainment, it’s always refreshing to see bands perform in the city’s collection of weeknight concerts. Events like Chill On The Hill, Jazz In The Park, Tosa Nights, River Rhythms, Musical Monday, and Cafe Hollander’s new Patio Performance Series help tide over weekend warriors and satisfy suburban commuters who want to some enjoy some of the city’s talent before Friday rolls around.

Adding to that weekday tradition is The North End‘s Denim Park’s summer concert series. On select Tuesday and Wednesdays between June and mid-September, a diverse collection of performers take the stage on the corner of Water and Pleasant streets to play free and family-friendly shows. This year, a total of 10 bands will play over the course of as many nights. Unbeknownst to us, the series actually kicked off last week with SistaStrings, but there’s still loads of great music in the weeks ahead.

From the zydeco sounds of Vitrolum Republic to the formidable folk stylings of Trapper Schoepp, and the undeniably awesome De La Buena, there’s a reason to head to Denim Park at 6 p.m. on Tuesdays or Wednesdays throughout the summer. Here’s who’s playing this year’s Denim Park Summer Concert Series: 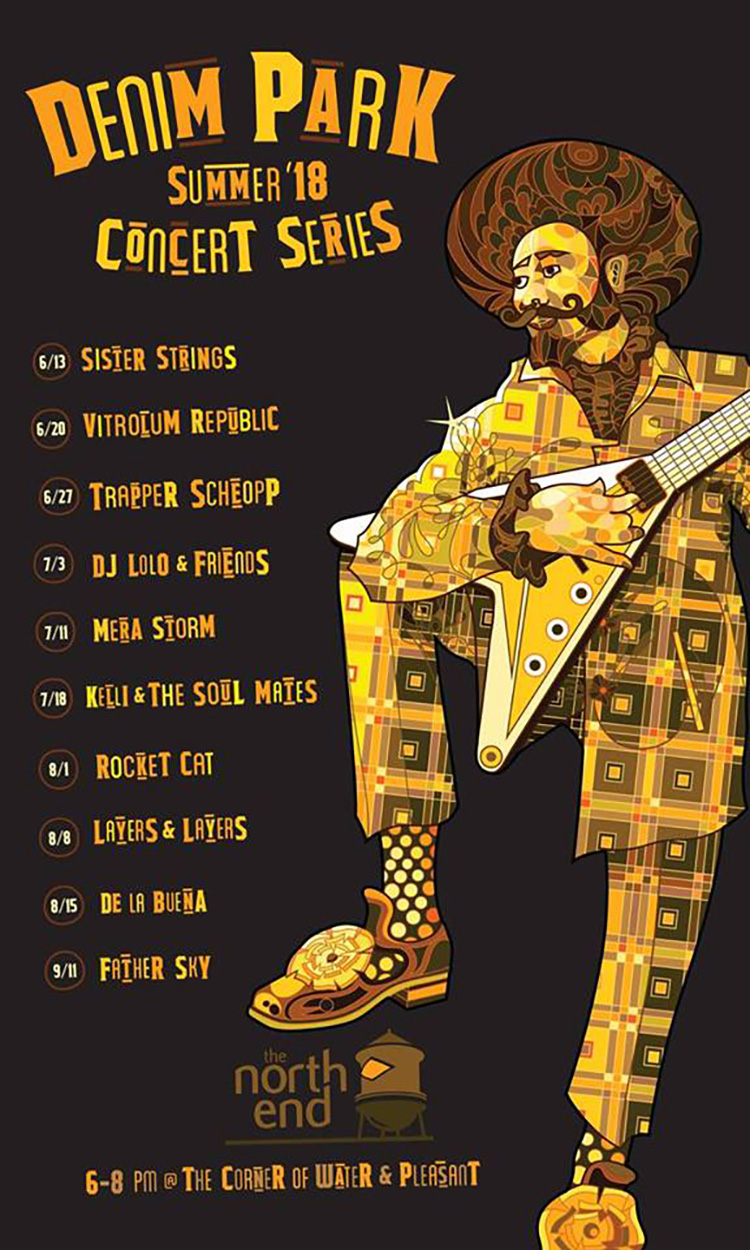