Here at Milwaukee Record, we regularly employ our Great Job, Milwaukee! bot to cover the city’s many appearances in online travel stories and dopey online listicles. Did you know that Milwaukee is one of the “5 Unexpectedly Awesome Domestic Cities To Fuel Your Wanderlust”? How about the 87th “Best City For Naked Gardening”? It’s true! Meaningless and true!

But sometimes, a dopey online listicle comes along that’s so bizarre, so random, and so obviously untrue that not even our Great Job, Milwaukee! bot can handle it. Yes, over the holiday weekend, in a feature/broadband advertorial entitled “The 10 Hardest Festival Tickets to Buy in the World,” British website Money.co.uk compiled a list of the “Fastest Selling Festival Tickets” in the world. At the very top of the list? Summerfest. 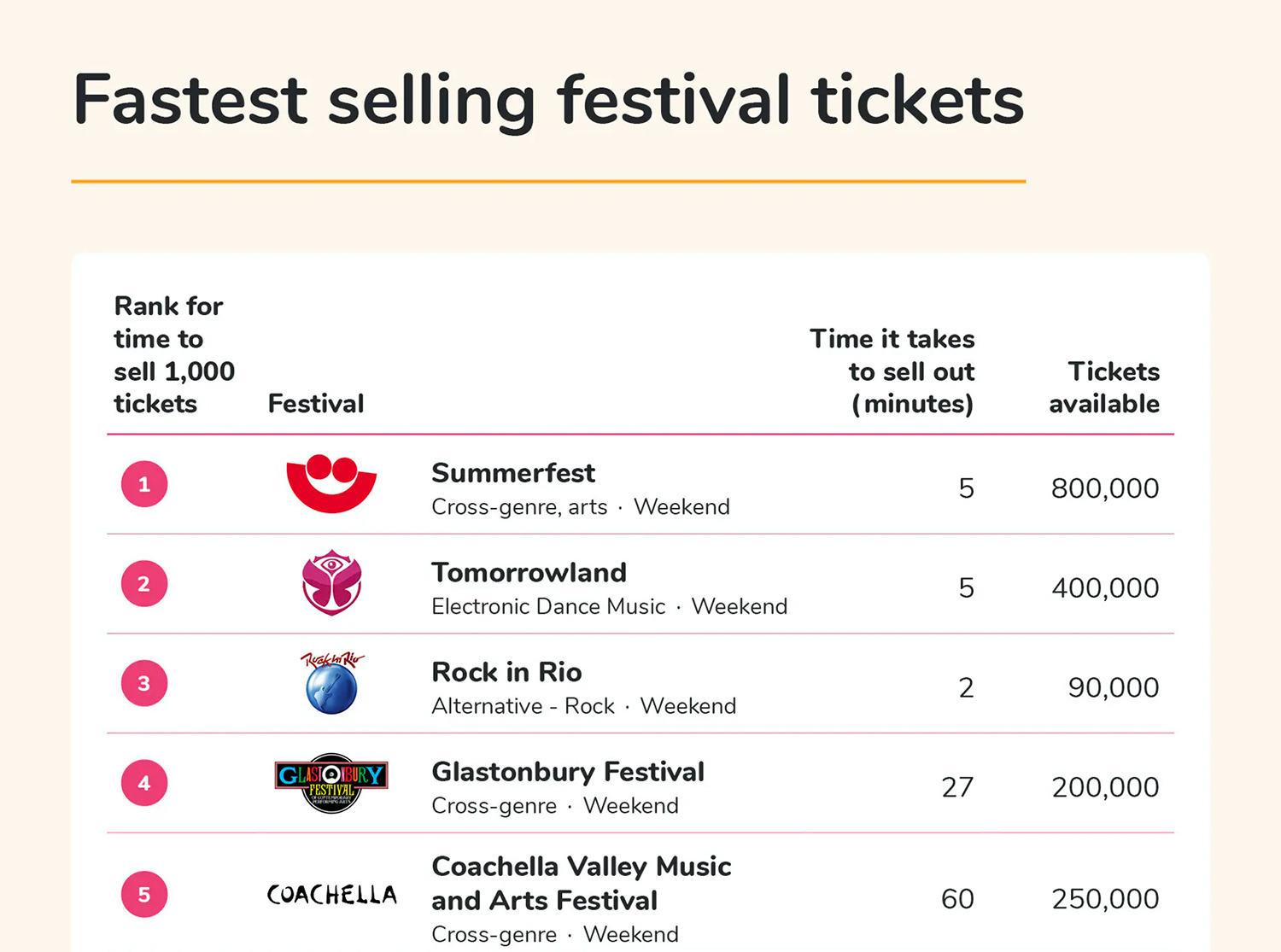 “The weekend-long Summerfest is an annual festival held in Wisconsin and is one of the biggest festivals in the USA,” reads the accompanying blurb. “Spanning over 11 days and hosting over 800 alternative and cross-genre bands, Summerfest sees hundreds of thousands of guests each year, topping our list for the time it took to sell out in 2021. 800,000 tickets were available this year and sold out just 5 minutes after they were released, meaning it took as little as 0.00625 seconds to sell 1000 tickets.”

So yeah, no. That’s simply not right. Don’t get us wrong: We love Summerfest! We’re excited for the return of Summerfest! The 2021 Summerfest headliner lineup is really, really good! But as anyone who has even a passing familiarity with the Big Gig will tell you, there’s no way on god’s green earth that Summerfest tickets are the “fastest selling festival tickets” in the world. Huh? How? When has Summerfest ever “sold out”? How is Summerfest 2021 already sold out? Where does this ranking even come from? WHAT ABOUT FREE ADMISSION WITH THE DONATION OF FOUR NON-PERISHABLE FOOD ITEMS ON KOHL’S FAMILY DAY?

We took YouGov’s list of most popular festivals known to the British public, and investigated how many tickets each festival has available, and how long they take to sell out. We looked at official press releases, blog posts and twitter feeds to acquire this data. We then worked out how many minutes it would take to sell 1000 tickets and created an index of this comparing the world’s most popular festivals. We narrowed down these festivals to the top 50 and any festivals that rarely sold out prior to the event we allocated 365 days as a comparable.

If anyone smarter than us (i.e. everyone) can explain how this random crunching of numbers resulted in Summerfest tickets being named the “hardest festival tickets to buy in the world,” we’d appreciate it. Until then, we’ll fritter away the afternoon imagining the world’s population frantically reloading their browsers in order to score tickets to see Luke Bryan, Queensryche, REO Speedwagon, T-Pain, and David Seebach’s “Wonders of Magic” show on the same day.