We’re proud to officially announce that Milwaukee Record‘s annual Local Coverage concert is returning this winter. Join us at Turner Hall on Friday, January 19 to watch nine Milwaukee acts covering one another in an effort to further unify Milwaukee’s music scene and to raise funds for Milwaukee Women’s Center. While the show seems very far away, the first few steps leading to one of the city’s most unique benefit concerts will actually be taken in a matter of days.

You’re formally invited to our Local Coverage draft event at Company Brewing on Monday, October 9 from 5 p.m. to 7 p.m. There, we’ll unveil who’s playing Local Coverage 2018 and each of those acts will select the artist whose music they’ll spend the next 100 or so days learning, re-imagining, and perfecting for the show.

The event will also double as the release celebration for Milwaukee Record Re-Porter, a beer we personally helped brew in collaboration with Company Brewing. Re-Porter is Company’s Night Rye’d Porter that has been gently infused with with cinnamon, cocoa nibs, medium roast coffee, vanilla beans, and three types of chiles (pasilla, chipotle, and mulato). This is our second batch of Re-Porter, and we’ve made no significant changes to last year’s well-received run of the 7 percent ABV porter. Oh, and $1 from each pint sold will be added to the sum we’re donating to Milwaukee Women’s Center in January.

The beer will be available at more than 10 Milwaukee area bars and restaurants as Local Coverage approaches (with same $1 donation terms), but this event will be your first opportunity to enjoy it. Please come out to Company Brewing on October 9, have some drinks for a good cause, and see how the Local Coverage lineup will shake out before January 19. YES!!! [Illustrations by Andy Tyra] 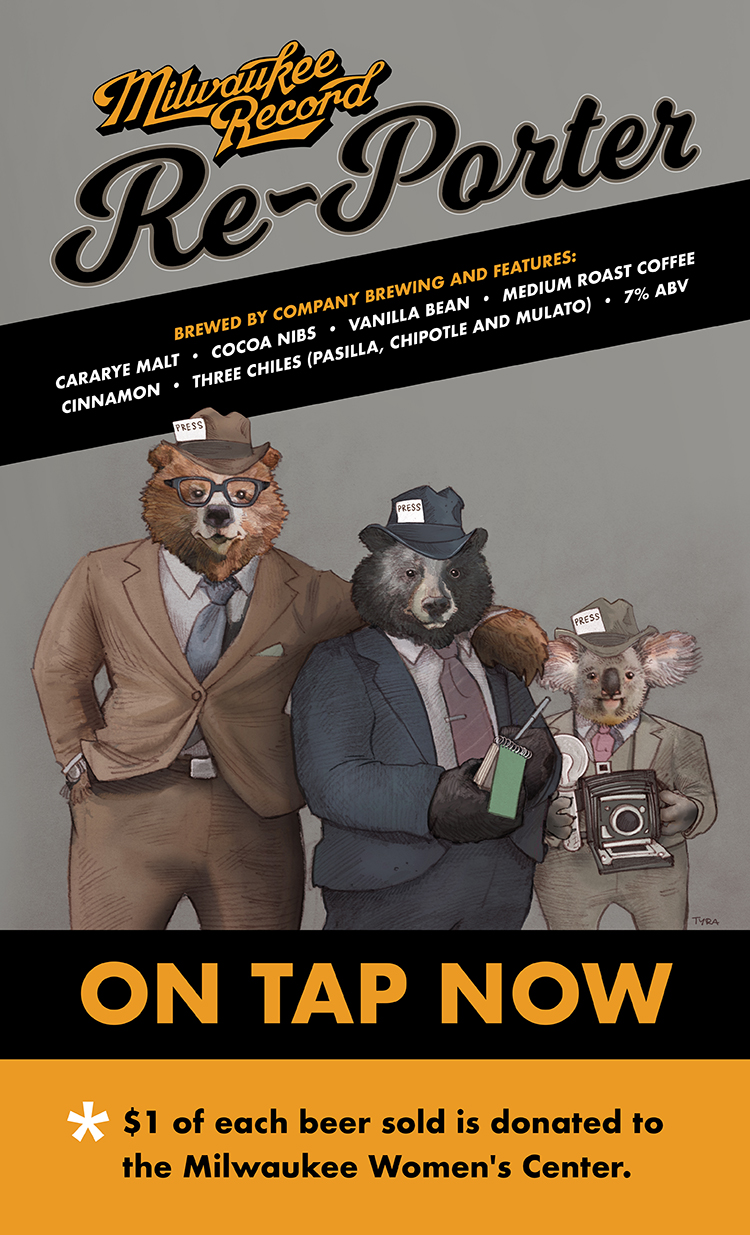