If you go to enough concerts in Milwaukee, you’ve probably encountered Christopher Novak. The 25-year-old can routinely be seen at a variety of local shows—almost always camped out near the front of the stage—smiling wide, bopping his curly-hair to the music, and taking time to hug any friends in his vicinity. He’s one of the most positive, appreciative, and charismatic people in or around Milwaukee music. It wasn’t always that way, though.

“I’m not the poster child of it anymore, but I have Asperger’s—a form of autism—and you’re supposed to be anti-social, not like people, be into statistics, and stare at walls,” Novak says. “That used to be me, actually. I wouldn’t talk. I wouldn’t do anything. No looking at anyone. Pretty much zero friends.”

Growing up in Saint Francis, Novak says he felt isolated and was far from the outgoing fixture he is now. He says he didn’t really start getting interested in music until his sophomore year in high school. His love of local music didn’t begin until about three years ago, when he watched Bully’s opener at a sparsely attended weeknight show at Cactus Club.

“After seeing Whips, it took off,” Novak says. “Every time they’d have a show, I’d have to go see them because I was so enthralled by them. They are definitely the ones that sparked my interest in local music.” 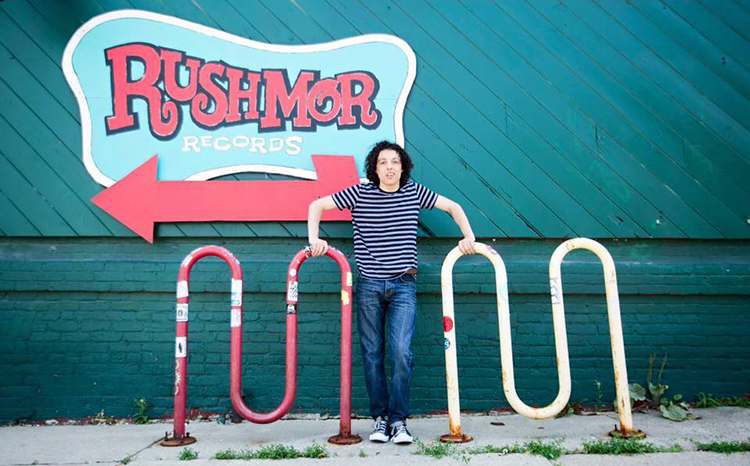 Following that introduction, Novak quickly made up for lost time. Months after his introduction to Whips, he fell in love with GGOOLLDD and NO/NO at a Record Store Day showcase, and his passion for local music just took off from there. Novak, who works in the service industry, tries to make it out to concerts whenever his schedule permits. Whether driving to Chicago or traveling to Denver to catch his favorite touring act or taking in an all-Milwaukee bill at local haunts like Cactus Club or Bremen Cafe, Novak approaches each show with the same level of enthusiasm and attention.

“I’m always a fan of seeing any show live. People want the pristine, record-sounding, perfect show, but my favorite show is one that isn’t perfect,” Novak says. “That’s the whole reason you see it is the general experience of it and what lead to that moment.”

Over time, local bands started to take note of Novak’s unique and refreshing presence at their shows. Many musicians have quickly struck up friendships with this super fan and have forged bonds that extend outside of the venue.

“Chris Novak is without a doubt one of my favorite people in Milwaukee. Before formally meeting, I knew him from the music scene, often seeing him at shows and recognizing his unmistakable head of thick, curly hair,” Milwaukee musician Cat Ries says. “We got to know each other on a more personal level when he’d consistently show up to NO/NO or Pleasure Thief shows and vocally express his admiration, appreciation, and love for our music.” 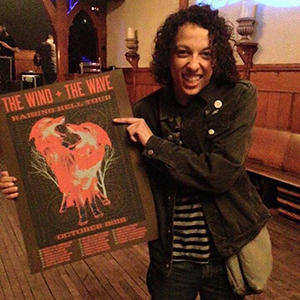 While many view Novak’s presence, enthusiasm, and kindness to be above and beyond what they’re accustomed to experiencing from listeners, spreading his love to area artists just comes naturally to him.

“All local bands love when people come out to see them. That’s what makes them thrive and do what they do,” Novak says. “To have people who will stay up with them just because their love of them, that means so much, and bands always give it back.”

NO/NO and a few other Milwaukee bands will reciprocate their love and appreciation for Novak on Saturday night, when they play his “Birthday Extravaganza” at Cactus Club. Joining NO/NO, Amanda Huff, and King Eye & The Squirts on the eclectic bill is Devils Teeth, a band—like all the other acts on the bill—Novak says is one of his favorites in the city.

“Given that there is so much going on any night in Milwaukee, I now look to Chris as a barometer. I know if we are both attending the same thing, it is going to be something special,” Devils Teeth bassist Eric Arsnow says. “That is why it was also humbling when he told me Devils Teeth was one of his favorite bands and asked us to play his birthday bash. It was a no-brainer and a nice way to celebrate someone who supports so much in Milwaukee.”

After watching some of his favorite Milwaukee artists celebrate him, Novak is likely to walk around and pick up wayward pint glasses and throw away empty bottles in an effort to help bartenders. It’s yet another thing that makes the considerate concert-goer stand out.

“It’s just what I do. I always try to appreciate everyone more than myself and put out more good than I am getting,” Novak says. “It’s just the best way to live, in my opinion.”

Music hasn’t just helped the once-reclusive Novak make friends and break out of his shell, he says his hobby has helped him gain the confidence needed to overcome some of the limitations Aspberger’s has imposed on his life. Since immersing himself in the Milwaukee music scene and unfamiliar interactions therein, Novak has weened himself off medication and therapy altogether. He’s now closer than ever before to being the person he wants to be, and a person he’s happy to be.

“Despite everything in the world saying I shouldn’t be succeeding in society after getting rid of therapy and medication, I can throw myself into being around people,” Novak says. “That’s what drives me. I know it’s going to be weird, but I want to be that expressive person, and that’s scary for me to do, but it just brings out so much good and it’s rewarding.”

For as much as Novak gets out of Milwaukee’s music, he gives back so much more. The local music scene is in a better place with people like Christopher Novak around. Thankfully, it doesn’t sound like he’ll be going anywhere. 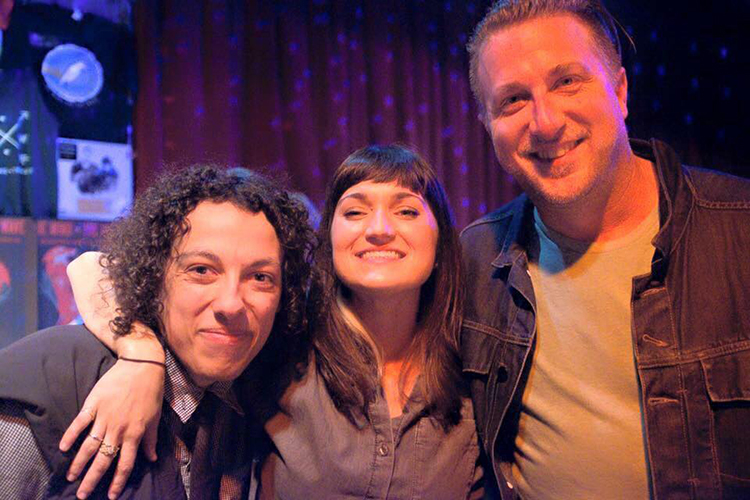