Last April, Abby Jeanne celebrated Record Store Day by releasing a special edition 7-inch with WMSE. This time around, the eternally occupied singer is joining forces with another local favorite to put out another Record Store Day release. On Saturday, April 13, Abby Jeanne and Saebra & Carlyle will release a split 7-inch record.

The Record Store Day exclusive is called Best Buds #1 — The First In A Series of Smoke Breaks, and it features Abby’s “Jacul8or” on one side and Saebra & Carlyle’s “1234” on the other. Both songs are previously unreleased, and there are presently no plans to make “Jacul8or” available in any other format. You can listen to the Saebra side here.

The split—put out on Abby’s HiFi Records imprint—is limited to just 300 copies (150 pink splatter vinyl and 150 hybrid-blend blue smoke vinyl), which can only be purchased at Hi-Fi Cafe, Rush-Mor Records, Exclusive Company’s East Side and Greenfield locations, Luv Unlimited, Bullseye Records, and at the bands’ shows. Speaking of shows, Saebra & Carlyle will perform at Milwaukee’s Exclusive Company on Record Store Day.

No matter how you feel about this consumer holiday, you won’t want to miss your opportunity to get this rare Record Store Day keepsake from two of Milwaukee’s busiest bands. 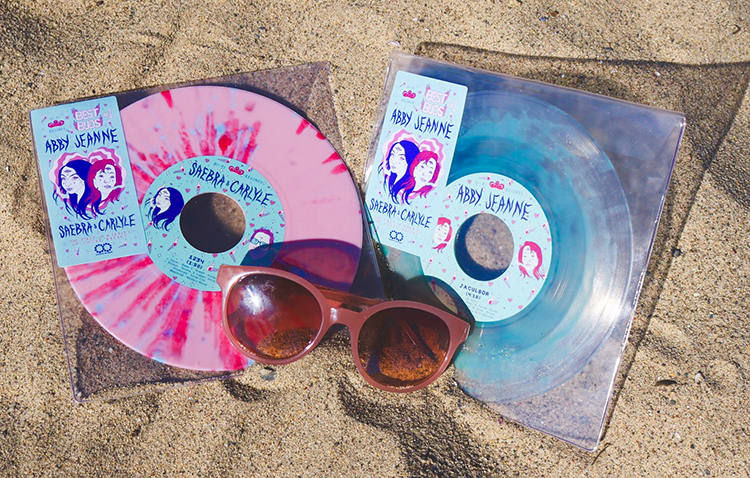