Once resigned to simply stay indoors and wait out the winter, metro Milwaukee has recently taken a much more active approach to surviving the season with an array of exciting and inventive parties that take place outdoors—frigid conditions be damned. Joining the likes of Burnhearts’ beloved Mitten Fest, Nomad World Pub’s new Frozen Toe Winter Block Party, and a bunch of places that had ice bars last weekend in the wintry mix of outdoor festivities is a new collaboration by Ray’s Wine & Spirits and 3 Floyds Brewing.

On Sunday, February 24, the inaugural Wückfinter will bring food trucks, music, and close to 20 beer varieties from the Indiana brewery to the Wauwatosa bar and liquor store. Following two successful iterations of the store’s annual summer Rosé Fest and a pre-Great Taste Of The Midwest event in their parking lot with Central Waters last August, Ray’s decided they wanted to add a winter event to its arsenal of events. Some of the staff drove down to 3 Floyds headquarters to personally pitch the idea.

“People are holed up here, and it’s no secret how miserable it can be outside,” Ray’s president Orey Laev says. “So we just thought it would be a great event if we could pair up with one brewery that’s near and dear to our hearts and that we’re friends with, and take that to the next level.”

Wückfinter was born. From noon to (at least) 5 p.m. on the last Sunday in February, the “Ray-borhood” will be abuzz with activity. Ray’s parking lot will be tented off to accommodate upwards of 1,000 guests. There will be a total of 18 beers from 3 Floyds on tap outside, upstairs at Ray’s Growler Gallery, and at a pop-up bar at the business’ new event space. Laev says rarities can be expected and, yes, Zombie Dust is guaranteed to be on-site (while supplies last). Ray’s will also be serving up Moloko Stout booze slushies and Pop’s Kettle Corn will be selling Zombie Dust-flavored “Zombie Corn” that’s made with brewing ingredients.

Ray’s parking lot will also host food vendors, including Aaron Patin from Iron Grate, a food truck operated by 3 Floyds chef Cole Ersel (a Milwaukee expat, formerly of Wolf Peach), and another food truck TBA. Musical entertainment will be provided by 3 Floyds brewers, who will make the trip up from Munster, Indiana to curate a playlist that will serve as Wückfinter‘s soundtrack.

The event won’t solely be rooted in fun, food, and beer-fueled revelry. Ray’s will also collect winter clothing for Milwaukee Rescue Mission, with an emphasis on donations of new men’s undergarments and gently used or new women’s and children’s socks and pajamas. So if you’re looking for an excuse to get out of the house at the end of February, head over to Ray’s and celebrate the inaugural Wückfinter.

“I’m hoping it bring a lot of people out to have a great time on a Sunday. It’s going to get weird,” Laev says. “I’m hoping it can revitalize some spirits bring everyone out for a good cause and a good time.” 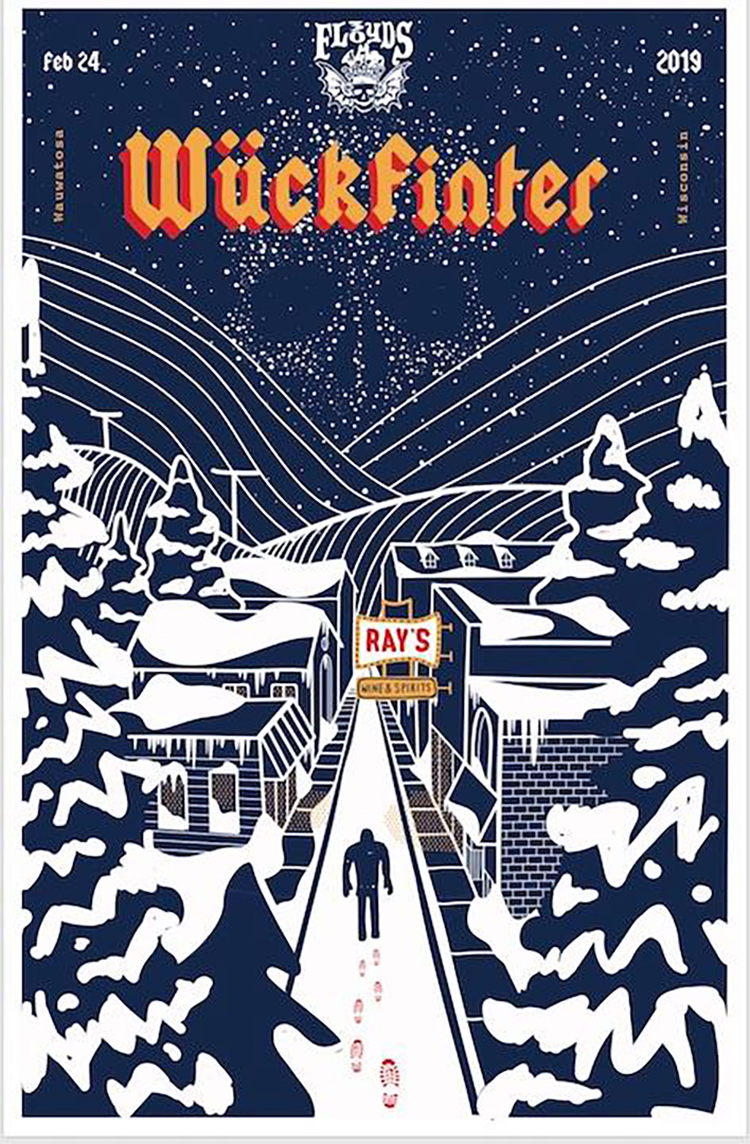