Though Midwest Diner is open 24 hours Tuesdays through Sundays, the venerable restaurant typically locks its doors and turns off its open sign until 6 a.m. Mondays. Today was no different, except that once 6 o’clock rolled around, the doors remained locked and the neon sign was not illuminated. After eight years in business in the heart of Kinnickinnic Avenue, Midwest Diner has closed.

Sunday was the restaurant’s final day in business. An employee confirmed the closure this morning, while declining to comment further.

The Bay View diner was home to countless bar-time breakfasts and, as one of the neighborhood’s only locally-owned 24-hour establishments, served a varied and colorful cast of characters that ranged from third shift workers, a reliable group of regulars, and no shortage of people needing time to sober up before driving home. The vast menu featured no-frills renditions of expected diner classics like omelettes, pancakes, sandwiches, burgers, meatloaf, and gyros—each priced under $10. Midwest Diner also offered a free beer with the purchase of an entree.

Unfortunately, the first Milwaukee restaurant to close in 2017 is one that holds a special place in the hearts of so many people, and one whose absence is certain to leave Bay View a little less charming. Farewell, Midwest Diner. You’ll be missed. 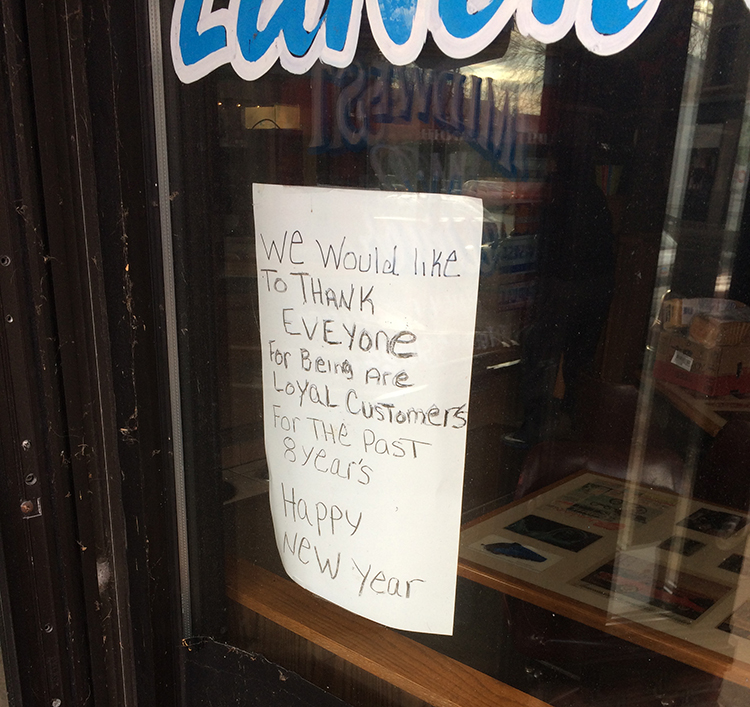