“I‘ll take a Miller,” beamed a voice from a few stools away from me, at the end of the long, commanding bar. Instinctively, the bartender knew the voice was calling for a Miller High Life on tap, not for a tap of Miller Lite or a Miller product in a bottle or can. Of the 10 or so folks who were in Spanky’s Hideaway (5208 W. County Line Rd.; 262-242-3677) around 4:45 on this particular Friday night, most appeared to be regulars or semi-regulars. Conversation about the recent flooding of the Milwaukee River filled the air: “How high has the river risen by you?” “I can tell you for sure that tomatoes don’t float,” and “You only steal something when you’re going to resell it. You don’t steal it because you need it”—an aphorism sparked by talk of canoes. I was listening while enjoying a Friday fish fry. 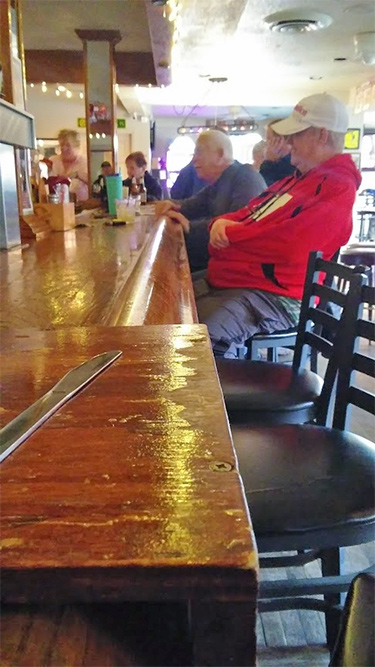 Located on the Ozaukee County side of County Line Road, about a half mile west of Green Bay Road, the building that houses Spanky’s Hideaway has been home to many establishments over the decades. I couldn’t get to the bottom as to when it was actually built: it may date to as far back as the 19th century or it may have been built in 1926. Regardless, by the mid-1920s it was known as the Northern Hotel and had a “questionable reputation,” according to the July 7, 1969 edition of the Milwaukee Sentinel—possibly in reference to it being a brothel. Renovated in 1969, it became Mequon’s first disco—Malan’s of Mequon. By 1981, disco was dead, and Malan’s became the members-only Hideaway Club Lounge, which had the “same atmosphere as a tavern,” but non-alcoholic beverages were served and patrons could “socialize without temptation.” It has been a series of establishments since then, including City Limits, Club Mequon, and Howard’s Bar & Grill. It opened as Spanky’s Hideaway in November 2010.

Friday fish frys are served for 11 hours straight at Spanky’s, from 11 a.m. to 10 p.m. Fish and seafood options include: deep-fried or baked cod ($12.75); deep-fried or pan-fried perch ($14.75); pan-fried walleye ($15.25); a combo platter consisting of cod, perch and shrimp ($15.75); butterflied shrimp (12.25); and a “catch of the week,” which varies and consists of fish that comes in each Friday—this week it was bluegill. Potato options include homemade potato pancakes, homemade chips, or fries—seasoned, steak, sweet potato, or crinkle. Cottage cheese can be ordered in place of potatoes. I went with the combo platter with deep-fried fish, chose potato pancakes, and decided to prime up with a brandy Old Fashioned sweet and a cup of clam chowder. 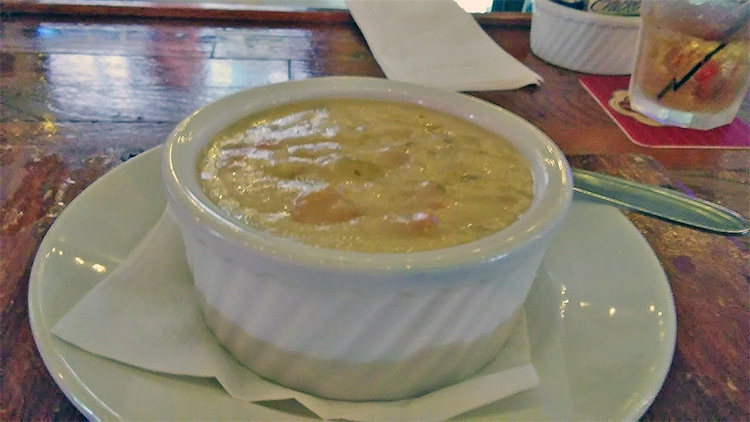 The Old Fashioned was essentially booze and soda, being quite clear, without muddled fruit or a mix. I was asked if I wanted cherries, so it was topped with a few of them. The chowder came out quickly, and was steaming hot, hearty, and herb heavy. It had a welcoming saltiness to it, and seemed to be versatile, as if the clam could have been swapped out for chicken and made a great soup. I hadn’t quite finished it when the fish fry came out.

First I attacked the small cup of coleslaw. The top was crunchy with not much flavor, but the more I ate, the sweeter it got, and by the time I got to the bottom it was juicy and flavorful. The moderately thick pancakes were cooked to perfection, neither being burnt, nor being underdone. Although mild in flavor, they did have a faint essence of onion.

The fry came with four pieces of shrimp, three pieces of perch, and two pieces of cod. The shrimp were pretty standard, but what you would hope for in shrimp. The cod pieces were rather thick, and the perch fillets were of a respectable size. Both types of fish were deep fried so lightly that they almost seemed like they were pan fried, especially the perch. They also had a considerably light breading. It looked to be quite seasoned, but there wasn’t much flavor to it. The fish itself was rather mild in flavor as well. Thus, the fish was like a clean canvas where the tartar could be used to paint a beautiful portrait. The relish-heavy tartar didn’t elicit a Michelangelo, but overall the fish brought a comforting satisfaction.

As for the rye bread, well, I didn’t get any. Although the restaurant forgot to give me some, I somehow didn’t notice they hadn’t done so until I had already left, so I really don’t blame them, I blame myself. Forgotten rye bread aside, Spanky’s Hideaway should take pride in how they are using their building. It may have once been home to an establishment that had a “questionable reputation,” and later it may have gotten swept up in the disco craze before recoiling into a place where you could “socialize without temptation,” but thank Wisconsin it is now the one thing it was always destined to be: a restaurant that serves a Friday fish fry.

Takeaways: They serve fish frys for 11 hours straight, so really, you should be able to stay here all day and eat breakfast, lunch, and dinner; a handful of options at a mid-range price; simple, mix and muddled-fruit free Old Fashioned; hearty chowder; pancakes cooked to perfection; better-with-every-bite slaw; lightly-breaded and mildly-flavored fish; I didn’t get any rye bread, but I didn’t even realize it; the building has come a long way, from “questionable reputation,” to disco, to “socialize without temptation,” to Friday fish fry. 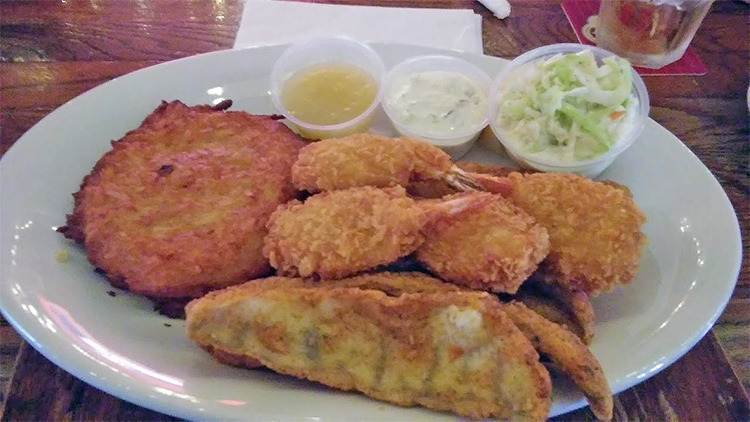