Last Thursday, we announced our intentions to screen the Savage Steve Holland-directed, John Cusack-starring cult comedy Better Off Dead at Avalon Theater on Wednesday, July 18. We knew we weren’t the only ones itching to see the subversive 1985 flick on the big screen, but we had no idea so many people shared the sentiment. The 7 p.m. screening sold out before the weekend was through. Not wanting to leave anyone disappointed, we’ve decided to add a second showing.

Join Milwaukee Record and supporting sponsor Lakefront Brewery at Avalon Theater (again!) on Wednesday, July 18 for a late screening of Better Off Dead. The second showing begins at 9:30 p.m. and it costs $5. Yeah, yeah…we know it should be $2 like in the movie. Anyway, advance tickets can be purchased here. We strongly suggest buying tickets early because, as we’ve seen, these screenings can sell out fast. 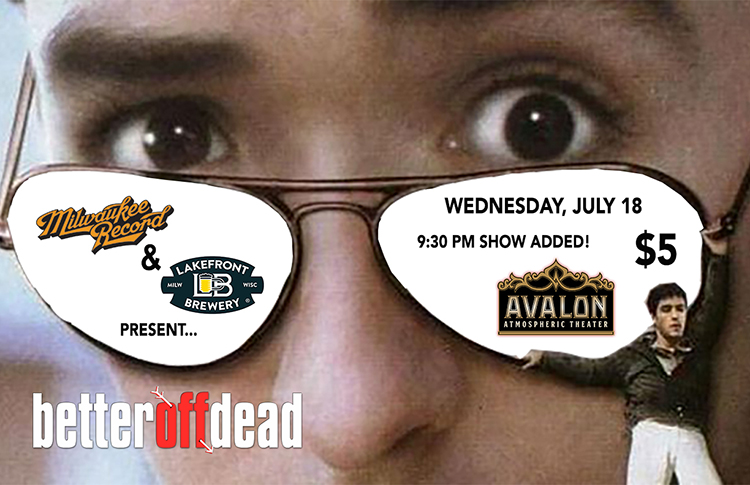