Late last year, we told you that Ampersand Theater Company would finally be moving into a place of its own following a largely-nomadic existence that found the improv troupe (formerly known as Mojo Dojo) performing at bars, community centers, radio stations, hotels, barns, and even a few outdoor venues over the course of its first four years in business.

Ampersand moved into what used to be In Tandem’s Tenth Street Theater at 628 N. 10th Street in the lower level of Calvary Presbyterian Church, an iconic 150-year-old church that’s just west of downtown. Following a successful crowdfunding campaign to help them get over the financial hump and countless hours of renovation work in the subsequent months, the improvisation operation finally opened its doors to the public on January 16.

Approximately eight weeks after its long-awaited opening, the COVID-19 crisis halted the new theater’s operations indefinitely. As it turns out, the closure will be permanent. Today, Ampersand Theater Company announced its intentions to dissolve in a Facebook post:

“This has not been an easy year for ANY business, but especially so for live performance venues. As a result, we have decided to dissolve Ampersand Theater Company, effective December 31, 2020. The magic of improv comes from the connections made between people. Whether you were on stage, in the audience, or working behind the scenes, you helped create memories that will last forever. We had a great eight weeks, and an unforgettable six years. That’s more than most people get in this business. Thank you for sharing the adventure.”

Ampersand is the latest Milwaukee venue to close as a result of COVID-19. Sadly, it probably won’t be the last. Support the performance spaces you love now so they’ll hopefully still exist if/when things improve. 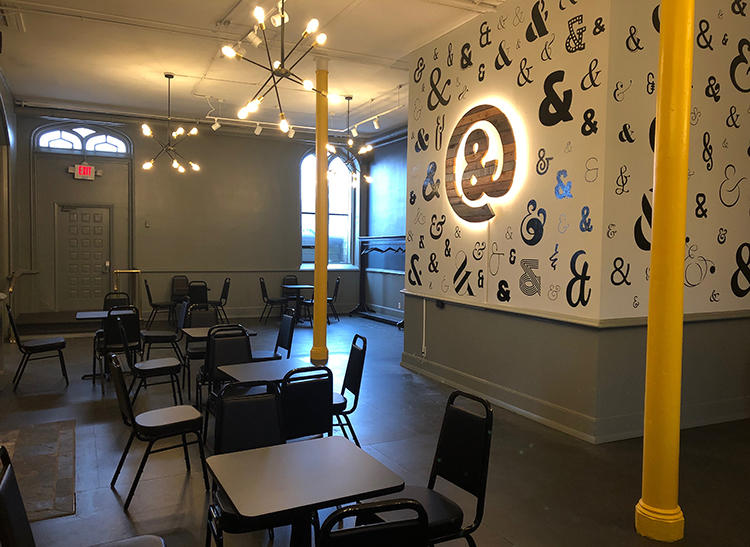