As a mother of four, it’s safe to say Alecia Altstaetter has her fair share of stories about the trials and tribulations of parenting. Unfortunately, the thespian-turned-stay at home mom didn’t have an outlet for her anecdotes until recently. About two years ago, Altstaetter found a vessel for her humorous anecdotes and theatrical background when she started classes at ComedySportz. She quickly completed all the courses and was hired on as a regular performer and, along the way, started doing stand-up and even had a harrowing story of seasickness on a Lake Michigan ferry boat featured on an episode of the popular RISK! podcast.

This weekend, the improviser, comedian, and storyteller will put her motherly material on display at Var Gallery during Parenting 101: Comedic Tales From The Trenches, a parenting-themed showcase she co-created and will co-host. Before Saturday’s show, Altstaetter opened up about her theatrical background, how her RISK! appearance came to be, and her favorite things about improv.

Milwaukee Record: You’re all over the place. You’re in the improv scene, the stand-up scene, you’re in Goodlanders, and I saw you tell a story at RISK! Live back in November. That seems like your biggest show yet. What was that process like? You just pitched a story, then Kevin [Allison] helps you refine it?

Alecia Altstaetter: I just pitched him an idea, then he contacted me and said it was accepted. He was really hands on. He read it, and even recorded himself talking about it and sent me the video of himself giving me extensive notes. He wanted a fleshed out story. It was really bare bones at first, but he asked me a lot of questions and had me describe everything in more detail. I think it was a 20-minute story by the end of it. I love the show and I love Kevin Allison, so that was huge for me.

MR: But storytelling isn’t the usual performance format for you. You’re a regular at ComedySportz. What do you get out of improv and how do you apply that to other types of performance, like that story and when you do stand-up?

AA: I started in theater before I had kids. I did straight theater, I did musicals, and I used to choreograph musicals. Then I had kids and figured that ship had kind of sailed for me because it’s not good to be gone for like eight weeks doing something. But I didn’t want to only play mom. In improv, you can be anyone. Nothing limits you. you can be a guy or a girl, and old person or a young person, anyone. At the same time, you can be anyone but you’re still kind of expressing who you are. It’s this way of self-expression that I find really satisfying and fun and exciting. I just apply that same idea to storytelling or to stand-up. I’m just expressing my perspective.

MR: So your outset was in the world of theater. When was that and how long was the break before you happened upon improv?

AA: AI did all of my theater in Madison. I went to college in Madison in the ’90s and performed all around Madison after that. Then I had four kids and I stayed home with them. I didn’t do anything for a long time, and I wasn’t even planning on getting back to it, but I just kept craving it. Now that they’re getting older and more independent, and can handle me being gone, I’ve started classes at ComedySportz, then started in stand-up. I started taking classes at ComedySportz maybe two years ago. I took all their workshops, then they hired me after that. 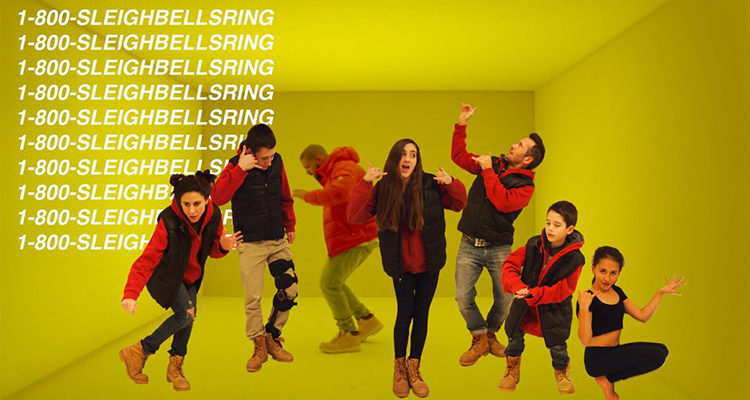 I love theater, but of course, my kids were super opposed to it. Obviously, I just wanted to do it and was trying to get them to do it. I was like, “This is what we do! We do theater! We’re a theater family!” and they were like, “No, you’re just a theater person.” So I signed myself up and they’re happy I’m doing it and they aren’t.

MR: Other than time away from the family, what are some things you get out of comedy?

AA: I have met some of the best people. I love everyone who I’ve been able to work with so much. Sometimes I don’t even care if we perform. I just want to hang out and talk about stuff, plan stuff, and hang out after the show. I’ve connected to so many people in the city and that has been magical and awesome.

MR: And it seems like you’re performing with people of all different age groups and demographics with all different styles of comedy. One of the people that you’ve seemed to latch onto is Marisa [Lange].

AA: Yes. I love Marisa. I’m a little bit older than her, but we have a lot in common.

MR: Other than working together in the Goodlanders troupe, you’ve partnered to begin a new stand-up showcase about parenting, Parenting 101. How did this show come together, and why?

AA: We had talked about doing a parenting show forever. Nationally, some famous comedians like Louis CK and Jim Gaffigan talk about parenting, but locally, most comedians are young and don’t have kids. Not a lot of parents even come out. It’s mostly young people in bars, which is great, but then you end up tailoring your material to what they’re interested in. Marisa and I wanted a show just for parents to talk about issues we face as parents where we can get on stage and roll around in it without alienating the audience.

MR: And you won’t have to sugarcoat it. You’re allowed to say “I don’t like my kids sometimes.”

AA: Yeah, it’s going to be the really raw details of our experiences. I think we have diverse voices and people at different stages of parenting. I think it’ll be interesting to hear it even if you aren’t a parent, but if you are a parent, you’re going to relate to a lot of it.

Alecia Altstaetter co-hosts Parenting 101: Comedic Tales From The Tranches at Var Gallery on Saturday, April 23. The show begins at 8 p.m. and costs $5.