By this point, it’s no secret that an untold number of industries have been faced with considerable difficulties as a result of the COVID-19 crisis. While the impact this economic shutdown is having on places like bars, restaurants, concert venues, movie theaters, and breweries has been well-publicized, the struggles that some other industries are facing haven’t been covered as often.

One of those is the tattoo industry. In an effort to give tattoo artists some much-needed attention and to learn what they’re having to deal with at a point in time where it’s unsafe (and illegal) for them to work, we reached out to an area tattoo artist/shop owner to hear her personal experience.

Meredith Hall started working at tattoo shops in 2009. In the years since beginning as an apprentice, she became a tattoo artist (and did our first/only tattoo). In late 2017, she opened Old Forest Studio in Oak Creek. With her shop now shut down for the foreseeable future, we decided to ask her about her experience, ways people can help local tattoo artists, and what changes she plans to bring to her business if/when things return to “normal.” Here’ what she had to say.

Have tattoo artists been getting any assistance during the COVID-19 crisis?

I have been seeing a lot GoFundMe-type campaigns popping up—some from individuals and some from the pooling of more famous names and companies in the industry. I think it’s been a necessity for private funds to be resourced, since the allocation of the first round of small business loans was such a joke. I haven’t heard how the second round is shaking out yet. The majority of tattoo artists are not employees, but instead, independent contractors. So unemployment has not been an option for many. Help through the CARES Act is on the way, but payments are reportedly only—hopefully—starting this week.

Several years ago, I was working at a shop in Bay View that was painfully dead in the winter months. Tattooing in Wisconsin is very seasonal. There is a huge downturn in business for most of us around the holidays. I picked up a second job in the evenings serving tables at Triskele’s about four years ago just to have some steady income in winter. I have had much better winters tattooing since opening my own tattoo studio, but kept the restaurant job because I liked it so much and extra money is extra money, right? This shutdown has wiped out both of those jobs. I have been getting by with the unemployment provided by the restaurant side of things, but the self-employed tattoo side of my living initially qualified for nothing.

Emergency bills have been passed for unemployment benefits to be extended to the self-employed and the disaster-affected, but I have yet to see that money. When the virus hit Europe and Washington state started to report cases, I opened a new credit card. That has really been the bridge that got me through with groceries and a couple bills until some unemployment started to drop into my account. My stimulus check went entirely to April rent that I owed for my shop and apartment. I have to wait and see how I can pay for May. Thankfully my landlords have been understanding and have not added to an already stressful situation. 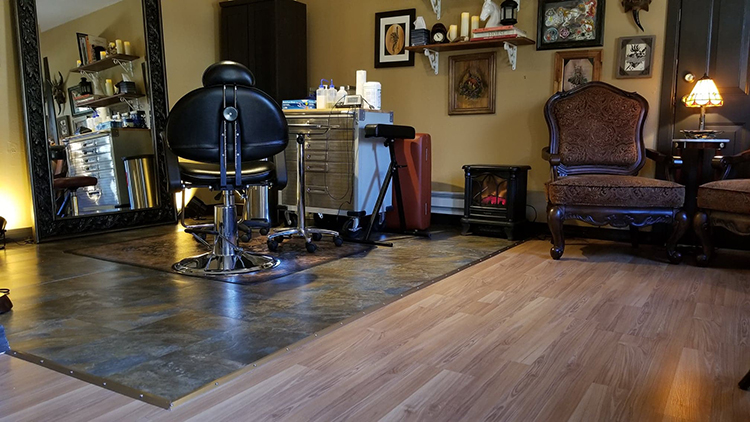 What are some ways people can help you and other tattoo artists right now?

I’ve set up links for people to buy gift cards for my shop. I know many artist’s are selling their art or taking commissions. Some shops are also selling T-shirts or merch. It all helps. I would say if people want to help an artist or are considering a tattoo, they should see about leaving a larger than normal deposit for a design or prepaying if the artist is comfortable with that. But they should also not expect an appointment to be set up right away. They just need to trust that it will happen in the future, when we get the go-ahead to open for business safely. It’s a real headache to have to keep rescheduling and reshuffling folks when shutdowns are extended.

Personally, I have been getting a lot of calls throughout this shutdown from people asking if I’m open or taking walk-ins. It’s surprising every time. I have also been getting requests from people to be “secretly tattooed” and pay in cash if I need the money. While part of me thinks it’s sweet and I’m so appreciative that they want to help me—because hell yes I need the money—I’m also, I don’t know, frustrated or disappointed that they would so readily have me risk my business, my license, and potentially my health. People requesting tattoos and haircuts during the Stay At Home orders really don’t seem to understand the myriad of repercussions for the people providing the service. She gets a haircut, but her stylist loses her license. He gets a tattoo, but his artist gets a huge fine and possible jail time. Or, you know, someone gets sick and dies. It’s not worth it from any angle right now. 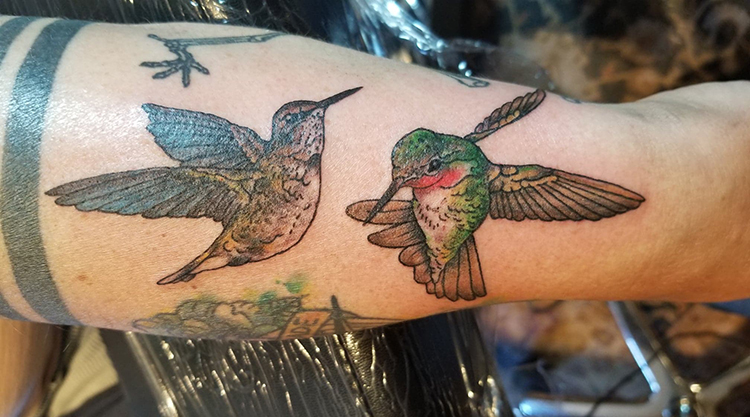 How will the pandemic affect the way you do business after you open up again?

When I do get to reopen, I anticipate having customers wear masks—as will I—and limiting the amount of people that can accompany them. I may have the customers sanitize their hands upon entering my shop or even give them a pair of gloves to wear. I work by appointment mostly anyway, but walk-ins will definitely be out, just to control the number of people in the shop at any given time. Surfaces in the immediate procedure area are always sanitized after every customer, and I’m a solo owner-operator, so those benefits are already in play. Shops will just have to see what guidelines local health departments offer up in the weeks to come. I have been taking notes from shops and artists that I follow on social media that have begun to reopen in Europe. New precautions all seem to be pretty common sense steps. Any decent tattoo shop strived to be clean and sterile pre-pandemic, so in that respect, I think we are ahead of the curve. 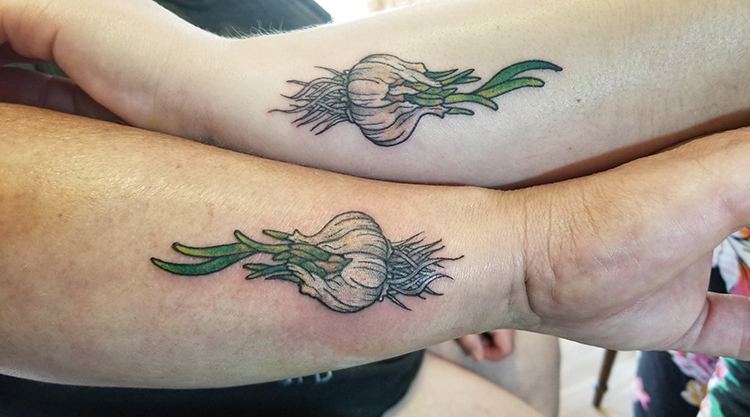 I always used to hate group projects. I quit courses in college that had too many in their syllabus because I didn’t want the headache of potentially carrying other people that didn’t do their part. This one is a no-brainer though. Ultimately, the action required is so ridiculously easy. Just stay home and the benefit is the highest reward there is: keeping people alive. My mom was a social worker for 30-plus years at an establishment near 13th and Vine. She worked exclusively with female offenders. Through her occasional stories and just general osmosis, I learned about a huge swath of the Milwaukee population that carves their lives out of far less than the majority of the people you see televised complaining about the shutdown.

However bad this temporary inconvenience is for many—in whatever financial bracket our county—I just wish they would remember that many were doing far more with far less pre-pandemic and that’s just their everyday life. Everyone needs to take a beat and take some time for empathetic and reflective thinking. Just use your resources if you’re in trouble. They are there in all kinds of forms at every level. Be open to help and absolutely open to change. That seems sappy and idealistic, but I believe that’s the best way to keep your sanity. If I have my health, I know I will be okay no matter what, even if that looks different from what I had in January of 2020. 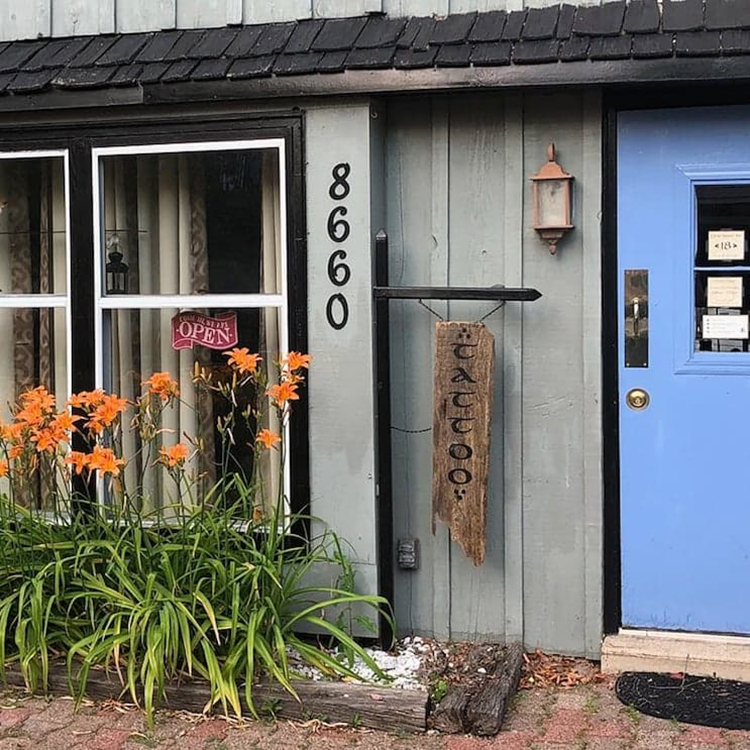