The Bike Fixers—formerly known as Cory The Bike Fixer—is closed. A “For Sale” currently graces the front of the East Side building at 2410 N. Murray Ave. Multiple calls to the long-running bike shop have gone unanswered.

The 2,688-square-foot property is listed for sale for a cool $425,000, with the “possibility of land assemblage with the parcel to the north for redevelopment.” That price is down from $477,000.

Cory Gassmann opened the business in 1998. In 2013, Gassmann moved to Seattle, Washington and sold the business to Chase Hawk. It was then rebranded as The Bike Fixers.

“We always believe customers are the core,” Hawk told Urban Milwaukee in 2015. “Yes, they’re customers when you look at it from a business point of view, but, to me, they’re people. I want to help people with their bikes; I don’t wanna just shove bikes out the door and just serve a bunch of heads.”

Well, this sucks. We were totally going to go there this weekend and get a tuneup for a bike we bought there a few years ago. We’ll have more information as it becomes available. R.I.P. 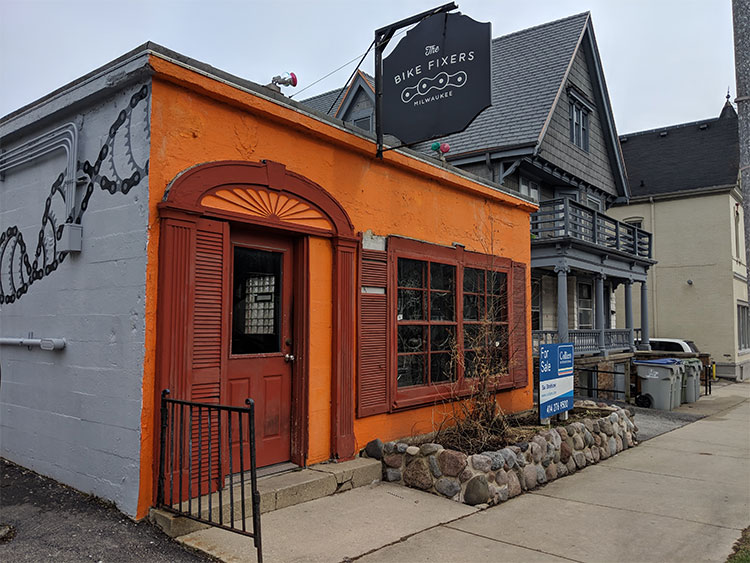