Multiple peaceful protests took to the streets of Milwaukee for the sixth day in a row on Wednesday. Once again, the protests were a unified cry against police brutality, police militarization, and the murder of George Floyd and countless other African Americans at the hands of the police.

Milwaukee Record met up with a large group downtown at around 6 p.m., and walked until the group reached the intersection of North Avenue and Martin Luther King Jr. Drive around 10:30 p.m. Here’s a livestream of the first hour:

The protest was not without drama. As the group stopped beneath the Brady Street Bridge on Lincoln Memorial Drive, organizers split the protest in two—one headed north, one headed back south. Organizers had apparently received word that there were threats on the life of Frank Nitty, one of the more high profile activists involved in the Milwaukee protests. Nitty spoke about the threats while the northbound group paused near Bradford Beach:

It was not clear where the threats came from, though Nitty and others described them as coming from white nationalists and white supremacists. Milwaukee Independent has more on the threats HERE.

On Tuesday, Nitty was arrested but was later released. His arrest came a few hours before an incident in which Milwaukee police fired tear gas and rubber bullets into a crowd of protesters. Police released a picture of a so-called “molotov cocktail,” and a video showing projectiles being thrown at them. An original, since-deleted version of the video marked the police’s own spent tear gas shell as a projectile.

There are clearly several incoming objects.

But @MilwaukeePolice also marked a spent round from one of their own officers.

I highlighted it in yellow.

Also, this is 30 minutes before the “Molotov cocktails” MPD reports. pic.twitter.com/6GLviHhOn1

On Wednesday, the protest group eventually ascended the lakeshore bluff and made its way to the intersection of North Avenue and Prospect Avenue:

Around this time, an outside group of openly armed marchers were spotted amongst the protest group. Nitty announced their arrival thusly: 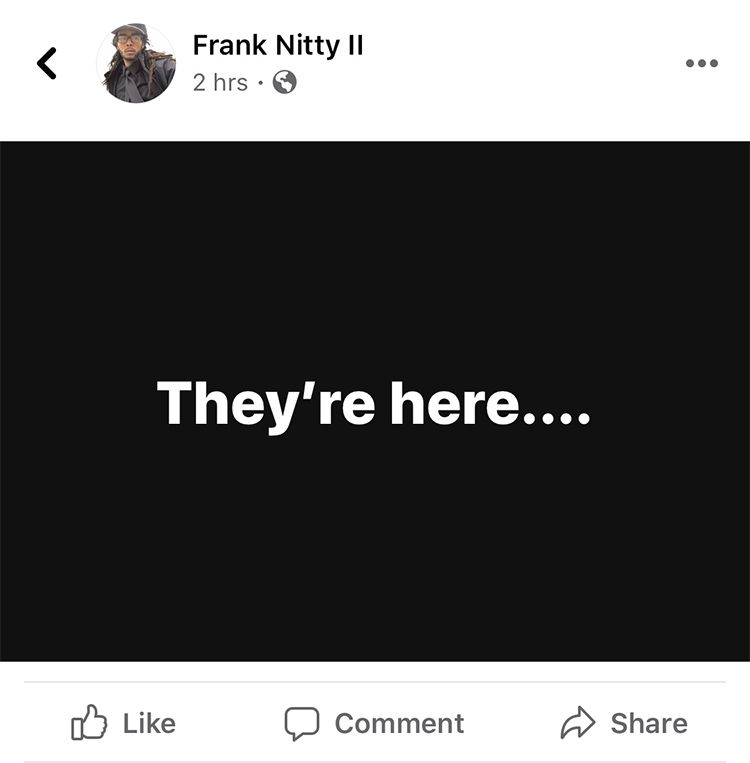 Here’s video of the armed marchers soon after the protest departed the intersection of North Avenue and Humboldt Boulevard, headed north. The armed marchers were later seen walking with Nitty and other organizers:

The affiliation of the armed marchers remains unclear. Earlier in the evening, Troy Allen had organized a group identifying itself as “boojahideen,” a self-described “LIBERTARIAN movement; pro liberty, pro 2A and pro individual rights.” (The Anti-Defamation League has more information on the group—also known as “Boogaloo”—HERE. Another article explores the history of the group and its “white supremacist fringe.”) 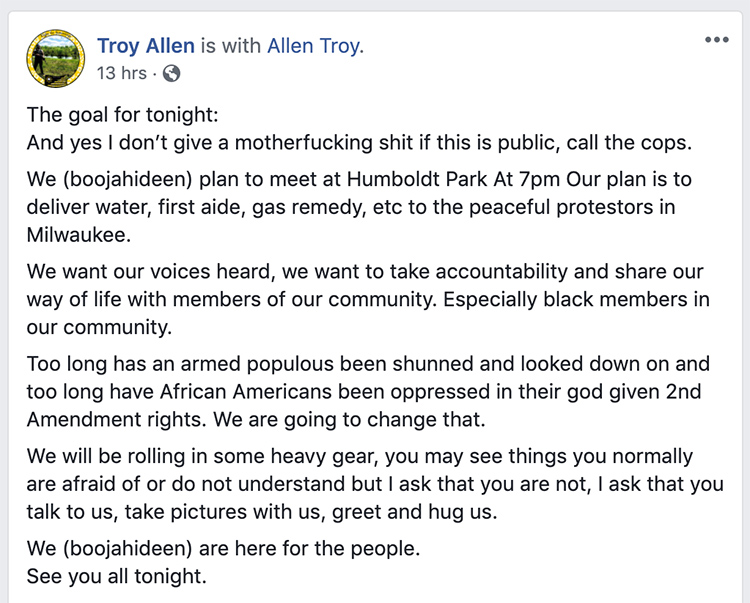 In social media posts and a livestream, Allen denied any connection with the armed individuals: 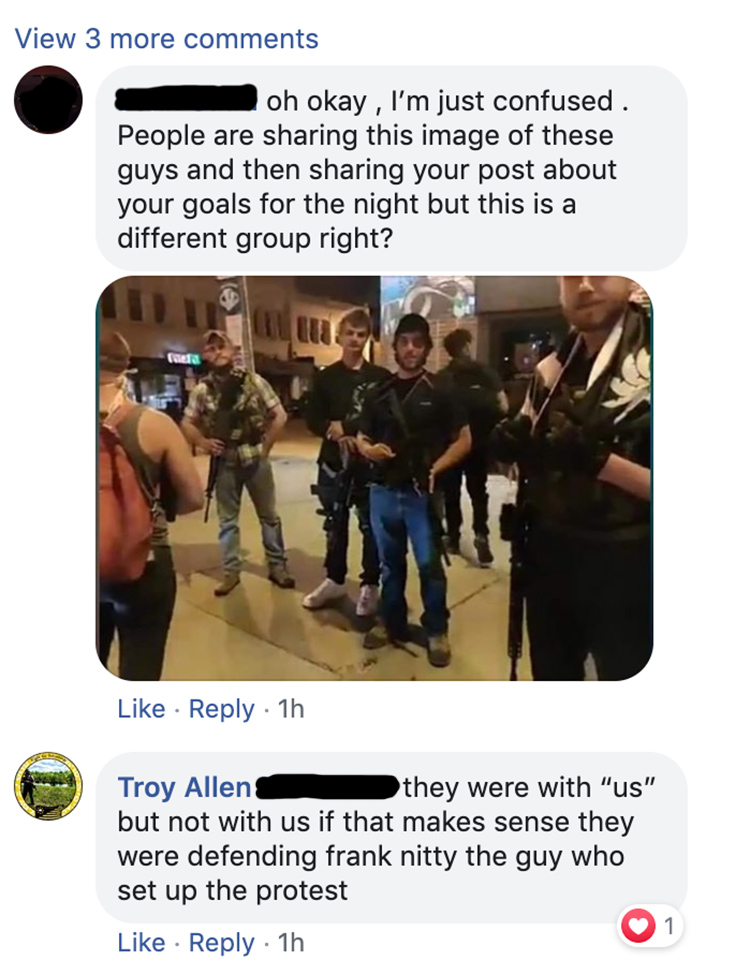 Further interactions between the groups appeared peaceful. Did the group harass Nitty and activist Vaun Mayes, asked Urban Milwaukee? “Not necessarily,” said Mayes. A livestream from Mayes (entitled “We good”) shows much of the encounter between the armed marchers and organizers, culminating in hugs.

Urban Milwaukee has details on the rest of the night—marked by the official end of the protest, dwindling crowds, and a whole lot of cars—up to about 1 a.m.