There’s no disputing the fact that everyone reading this article has seen and has been thoroughly inspired by the 2007 film Hot Rod. We all owe our moustaches, our countless broken bones, and our affection for AM radio to Andy Samberg’s (and Sissy Spacek’s) cinematic masterpiece. But, did you ever stop to think about all of those brave and reckless souls that came before him? (Yes, we realize “Hot Rod” Kimble isn’t real.)

Evel Knievel is the Coca-Cola of the stunt world, but there are so many more people (both men and women) that make the history of professional stunt performers in the U.S. so interesting. The Harley-Davidson Museum‘s new exhibition, “Daredevils: A Century of Spine-Tingling Spectacles,” guides visitors through decades of death-defiance (and occasionally, just plain death) in a way that shines a whole new light on modern daredevil shows. Plus, there’s a ridiculously fun rocket-powered helicopter motorcycle that sticks out like Captain Lance Murdock’s broken thumb. (Yes, we realize Captain Lance Murdock isn’t real either.) 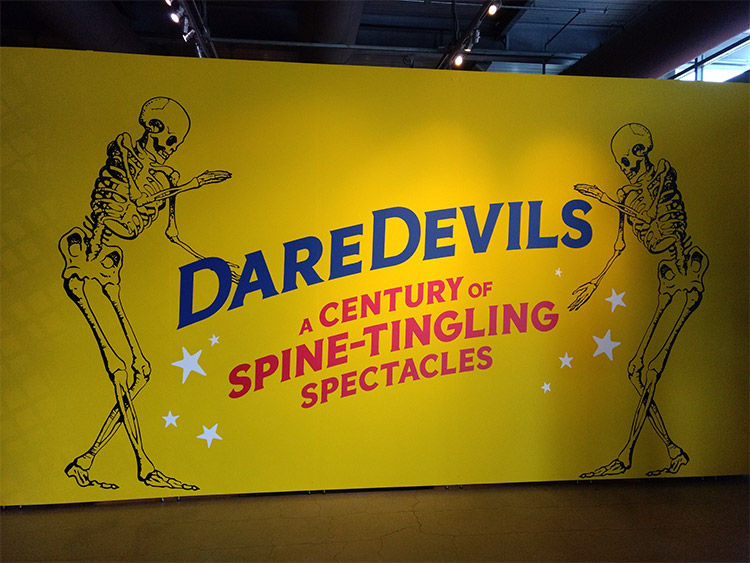 The oldest artifacts on display in this exhibition include the seriously cool “Globe of Death” from 1912; photos of the Parry Sisters in action from around 1915; and old show posters that depict acts which should never, ever have been attempted by human beings. These shows from the early 1900s, while completely nuts, seem pretty old fashioned by today’s standards. However, it’s also plain to see how shows like the Thrill Circus informed shows like Nitro Circus nearly 100 years later.

This exhibition explores the downright dangerous contributions of all kinds of people, including Buffalo Bill Cody, Evel Knievel, Super Joe Einhorn, Matt MacDuff, Debbie Evans, Dar Robinson, Bubba Blackwell, Joey Chitwood, and more. There are motorcycles, costumes, posters, photographs, videos, a piece of living room furniture that has flown really far, and plenty of other stuff that’s really pretty interesting whether you’re into this kind of thing or not.

We’ve included some photos below from our tour of “Daredevils,” but you can see it for yourself at the Harley-Davidson Museum between now and September 8. Moustaches optional. 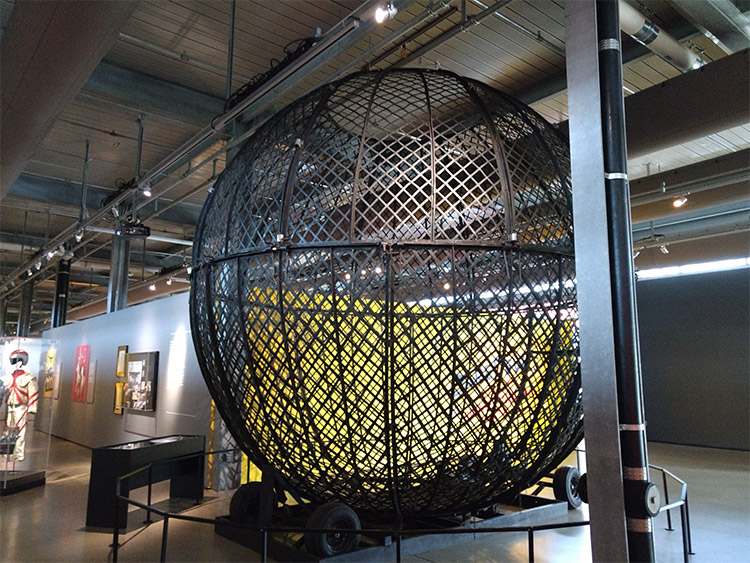 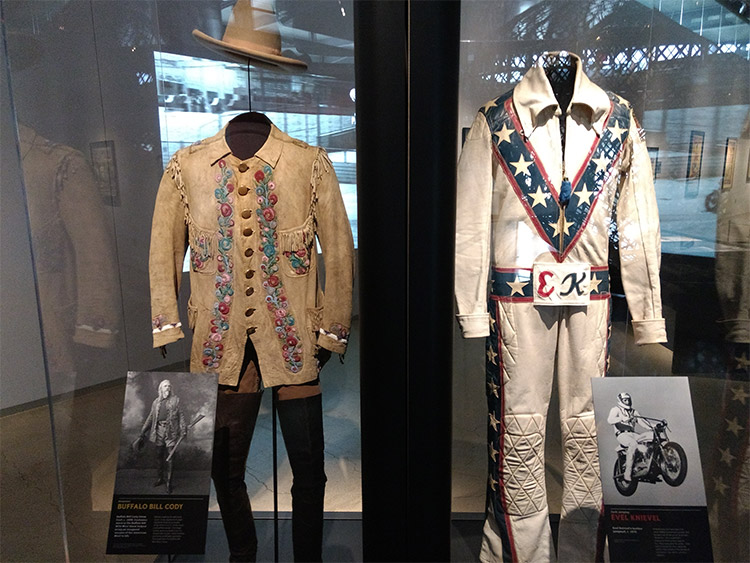 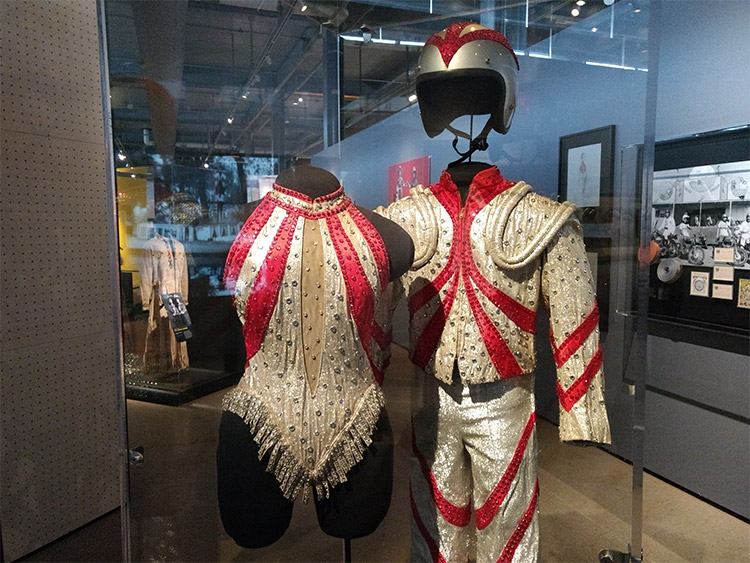 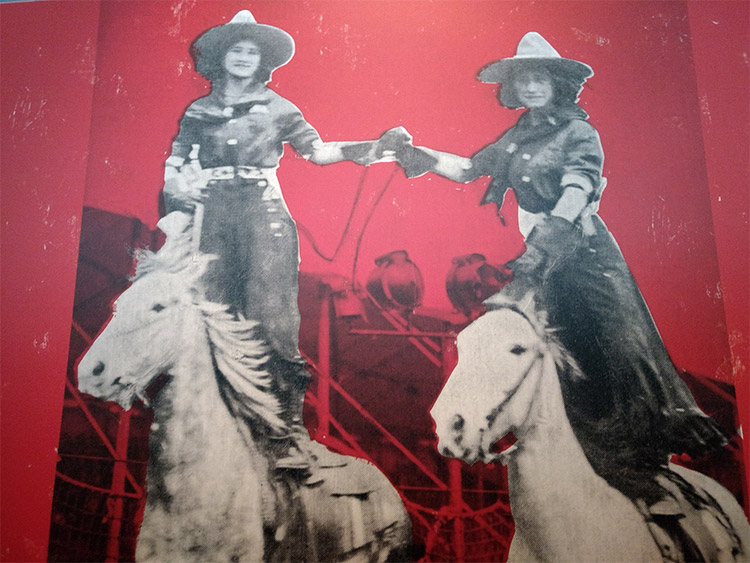 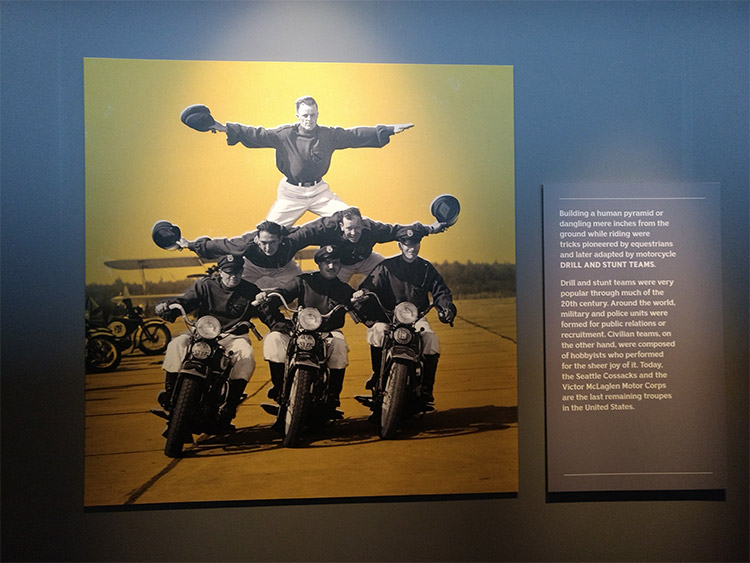 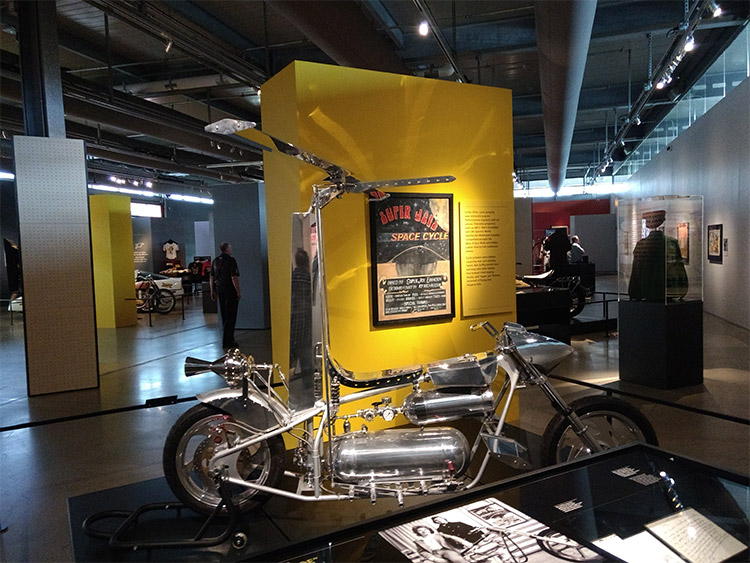 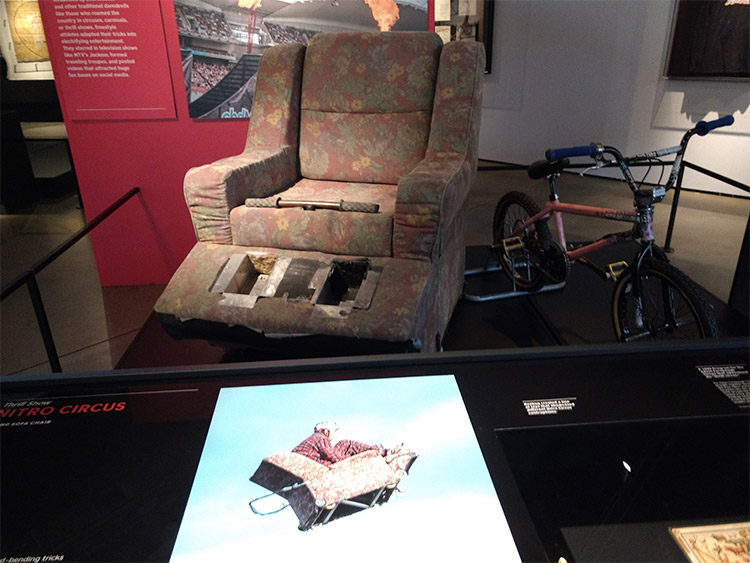 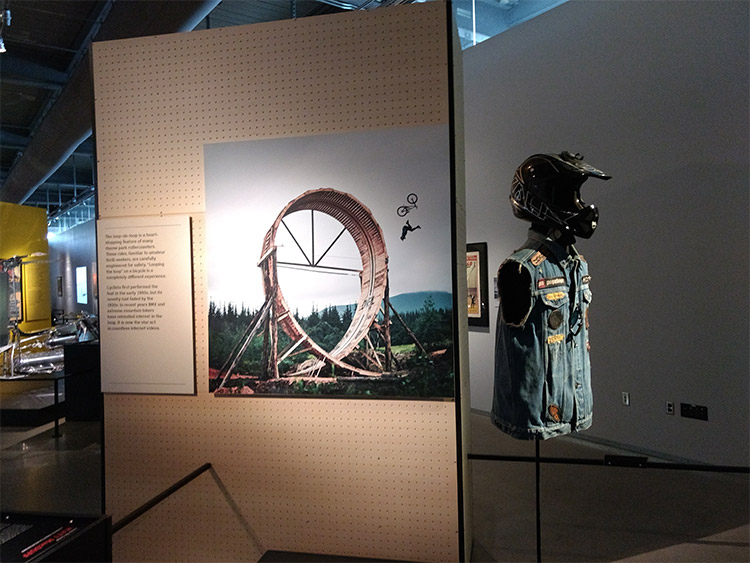 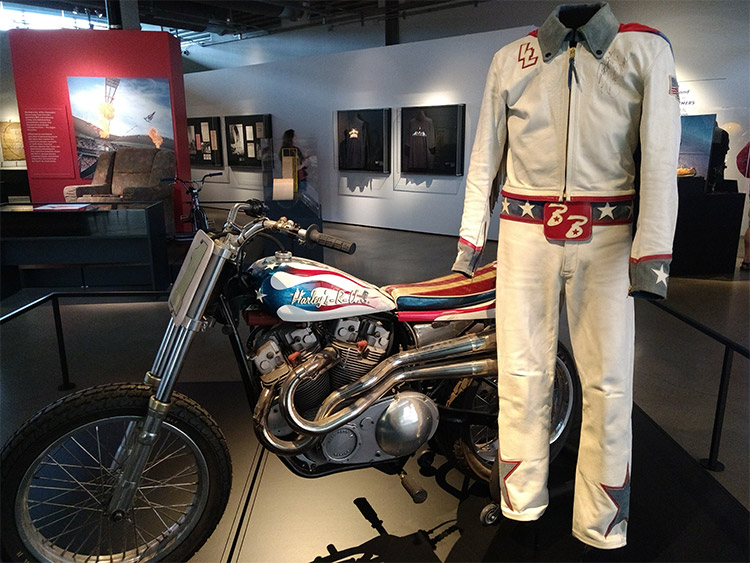 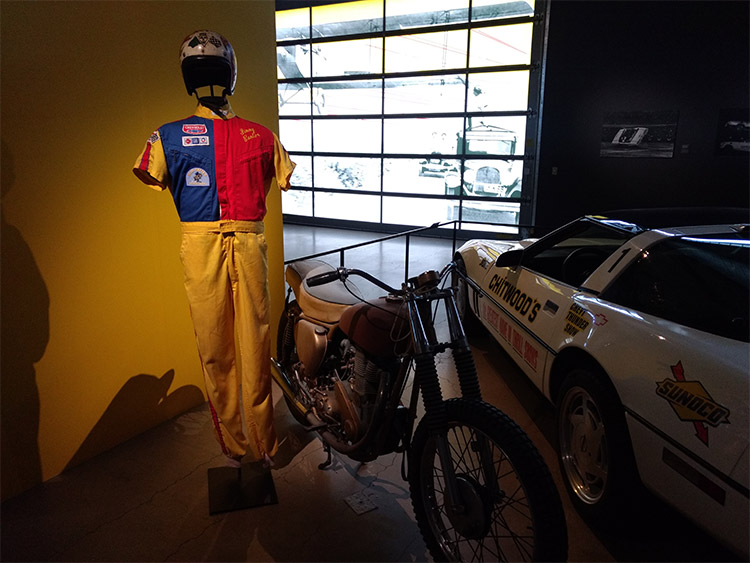 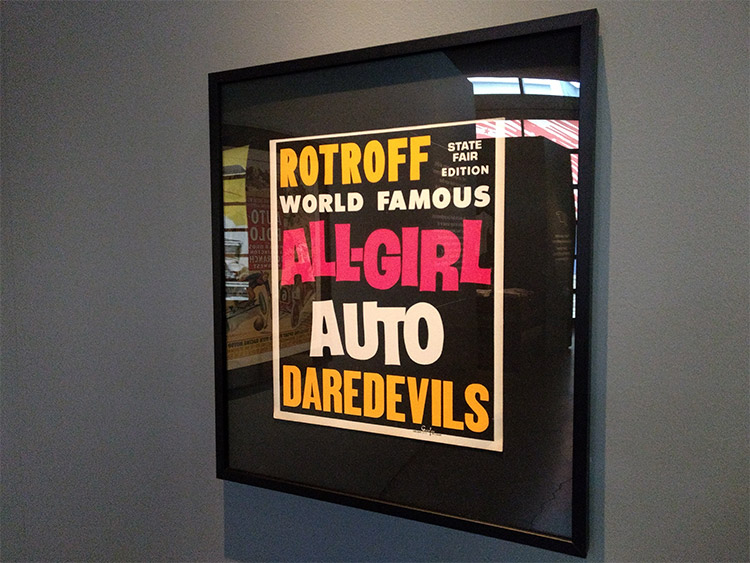 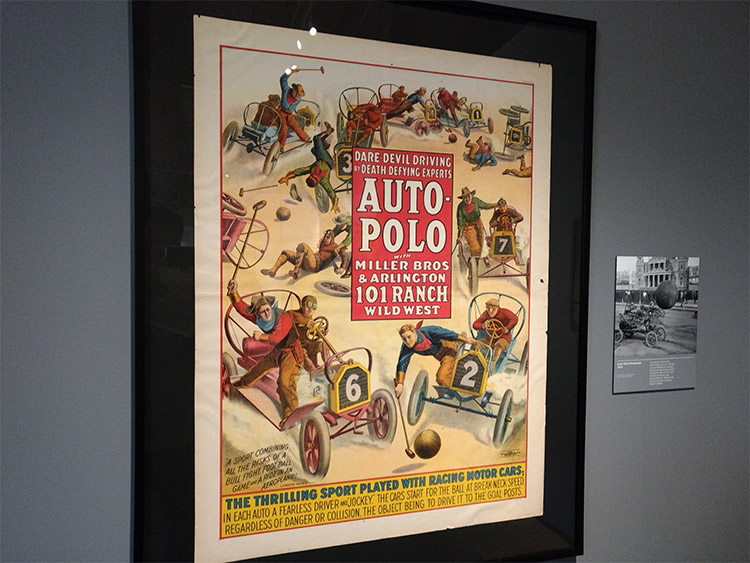