Rob Wieland is a self-described professional nerd. He writes about tabletop role-playing games for media outlets like Forbes; runs his own gaming group, Theatre Of The Mind Players, on YouTube; and has covered all things geeky for ye olde Milwaukee Record. Now, Wieland has added another feather to his cap: comic book author.

Available via Darby Pop Publishing and wherever comics are sold (including Lost World of Wonders and Lion’s Tooth in Milwaukee), Girls’ Heist Out is a fast-paced and quick-witted story of a group of globetrotting con-women. Crosses, double-crosses, and high-tech Mission Impossible-esque set pieces are all included. (There are more than a few Milwaukee references, too.) Gorgeously illustrated by artist Manuela Soriani, Girls’ Heist Out is the result of a successful Kickstarter campaign that dates all the way back to 2016.

Milwaukee Record chatted with Wieland about that long crowdfunding campaign, how he connected with Soriani, and the relief he felt when he finally held Girls’ Heist Out in his hands. 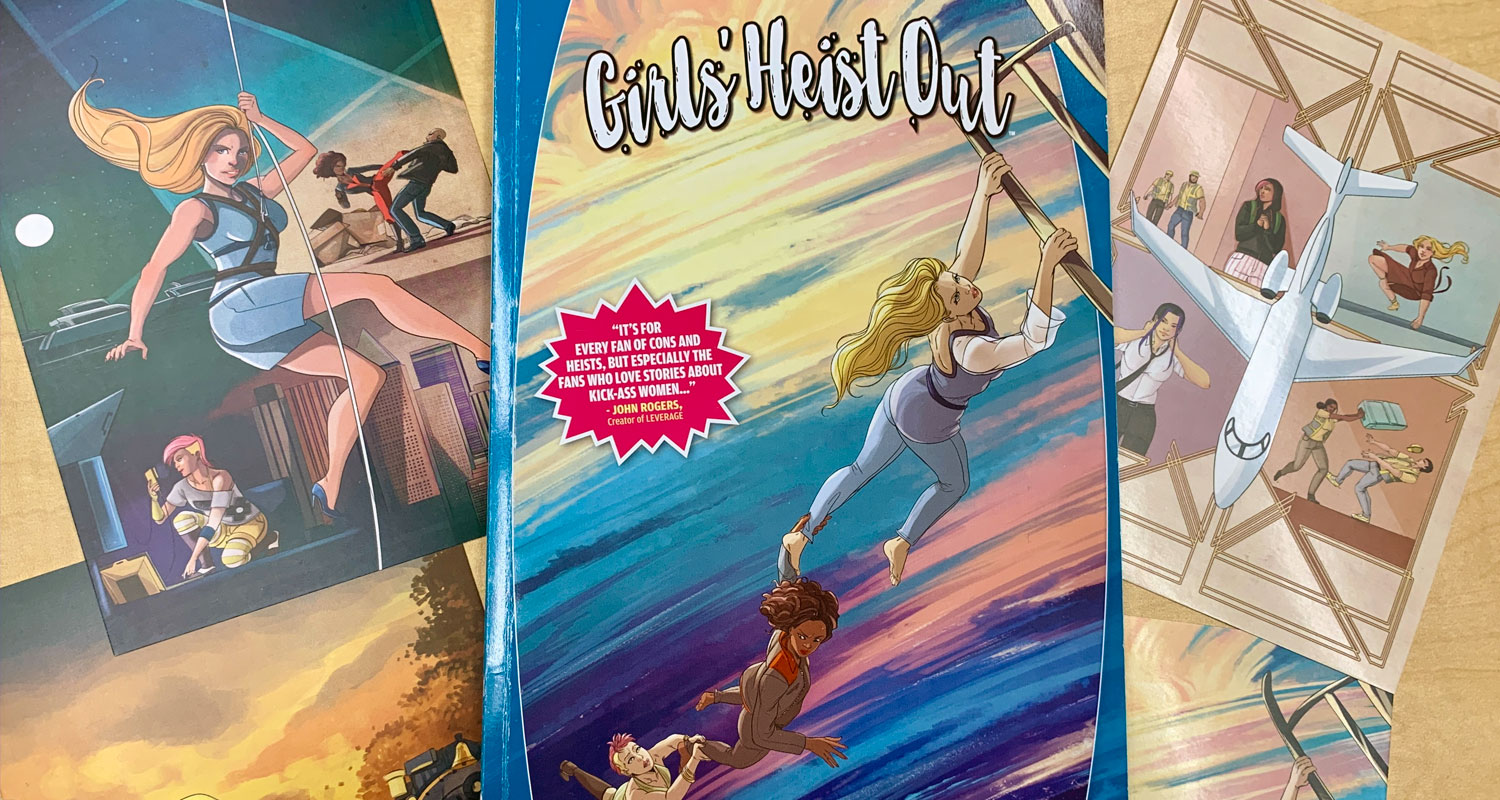 Milwaukee Record: Tell us about the inspiration for this project. Was writing a comic something you’d always wanted to do?

Rob Wieland: As far as creative inspiration, it was movies: Ocean’s Eleven, other heist flicks like that. I really enjoy those types of movies and media. I was at a point where I’d written a lot of stuff for other people, and I wanted to write something for me that was entirely mine. After thinking about different formats and different ideas, I ultimately settled on comics, because that’s the type of media that I tend to consume. I’ve been reading comic books since I was a kid, and I feel that really helped me tell a cinematic story.

I talked to a couple of small publishers and things like that. At the time, it was basically like, “Wow, your idea is great! We love your script! If you get us a book, we will sell it and we will publish it!” That sent me seeking out an artist. Once I got my very talented artist on board, then it was like, well, I’ve got to pay the artist. So how do I do that? And the answer was, ultimately, Kickstarter. 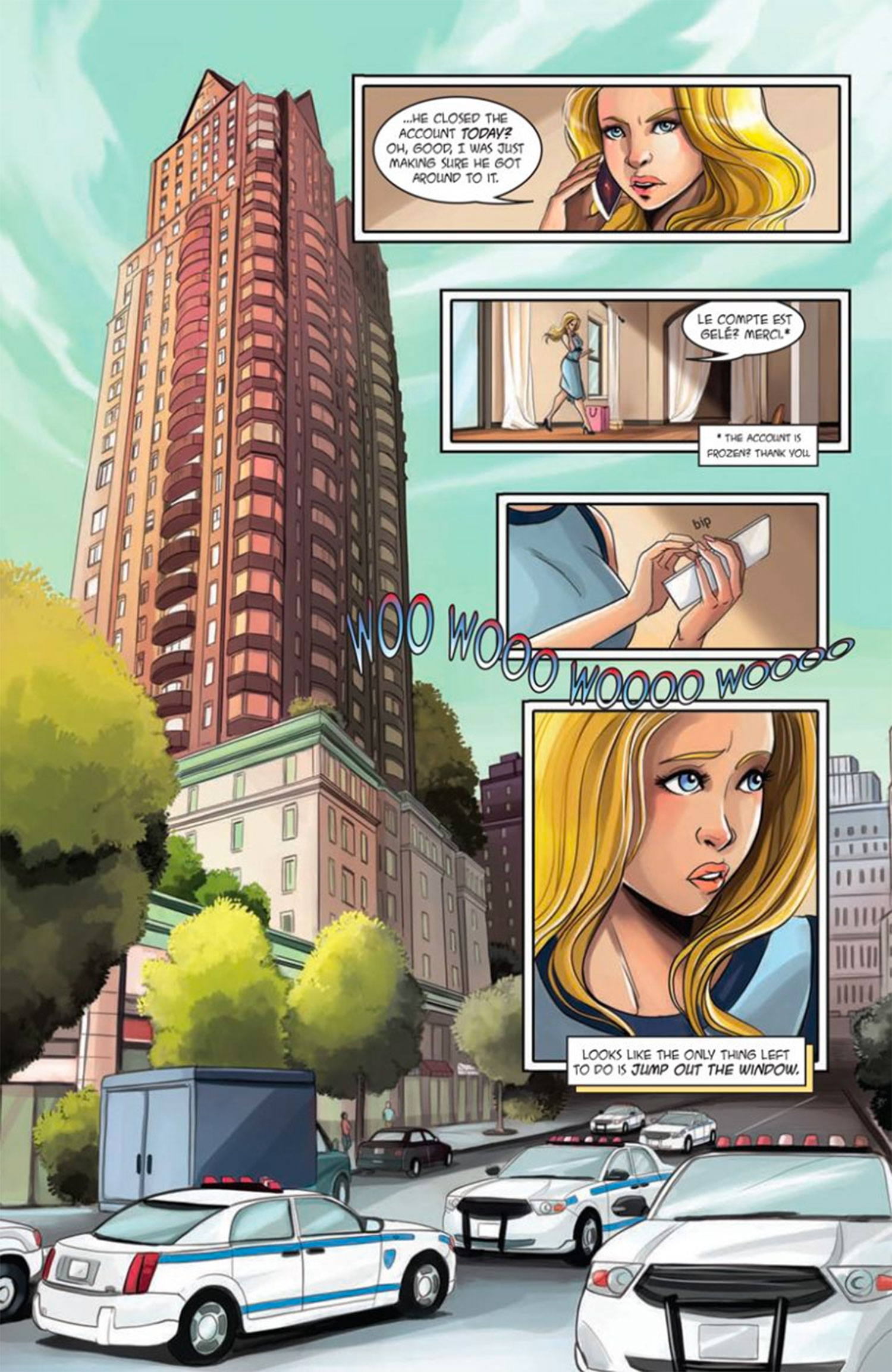 MR: Let’s talk about that artist, Manuela Soriani. How did you connect with her?

RW: I had worked on a project for Evil Hat Productions. After I had written the script for the first issue, I was talking to a bunch of my contacts there and was like, “Does anybody know anybody who is interested in doing art for this?” Now, the challenge is that, as I discovered, sequential art and single picture art are two entirely different disciplines. Not every artist is comfortable working in a different discipline. It’s like asking a bass player, “Do you play drums?” As it happened, Fred Hicks, who is one of the founders of Evil Hat was like, “I think I have an artist that would fit this idea perfectly.” And he connected me with Manuela.

Manuela fell in love with the script and was like, “Yes, let’s do it!” She really brought these characters to life. When she sent me her first piece of key art, which ended up in the book as a kind of splash page, I was like, “Oh, wow. These are my girls.” I think she really brought a sort of European comic feel to it, a quality that makes it feel very bright and airy. It reminds me a little bit of Euro adventure comics like Tintin and stuff like that, where everyone is riding a Vespa. It’s very dynamic and very, very fun, and that’s exactly the feel that I wanted for the book. Manuela has been such a great partner throughout all of this.

MR: What was the collaborative process like? Did you just hand her the script and hope for the best? Or was there more back-and-forth between the two of you?

RW: Comics are ultimately collaborative, and you have to find a sort of balance. Sometimes I would send her scripts that were just kind of like, “Yeah, you know, do a thing.” And sometimes I would send a script with specific instructions like, “I want this kind of shot, and here’s a clip of it.” She was very good at that, but she was also very good at suggesting stuff that I was like, “Oh, yeah, that makes this a lot better!” Ultimately, it was a back-and-forth rather than a dictation.

MR: Let’s talk about the Kickstarter, which stretches back six years or so and encompasses a pandemic. I imagine it had plenty of ups and downs.

RW: Kickstarter is great, but it’s also like learning how to run a business as you go. Once people give you their money, they have expectations. Some customers are very cool with those expectations, and some are very much like, “Where’s my thing? I want it now.” I was very lucky that I didn’t have many, if any, people who felt that I’d ripped them off, or that I had walked away with their money. They were very patient with the process.

My initial plan for the Kickstarter was to have this out within a year. Now it’s five years later. And while I do feel bad about that, I also feel like, “Hey, it’s out!” There are plenty of examples of projects that were announced before mine that people are still waiting on. I have something to show for it. I feel very lucky about that. 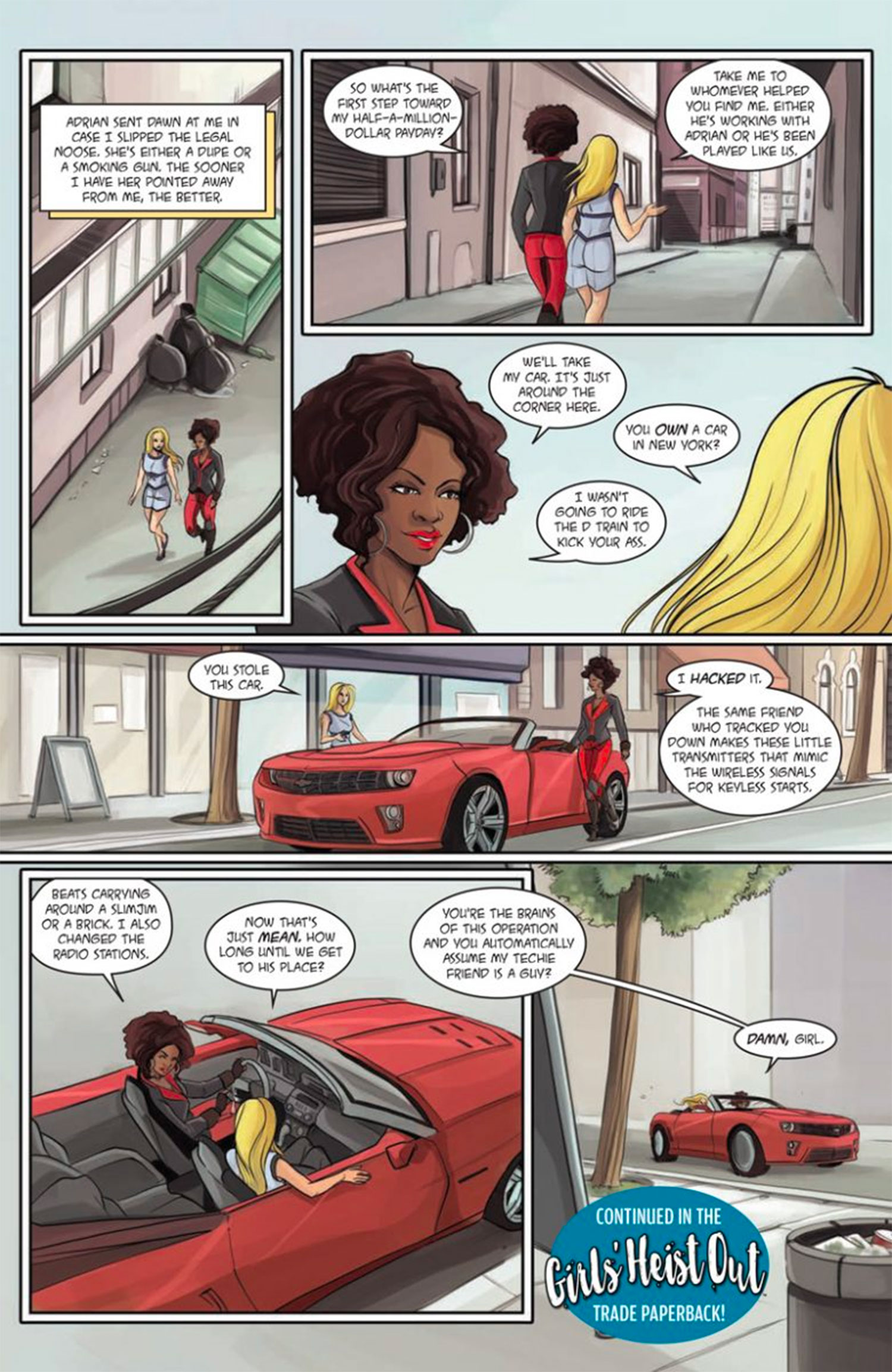 MR: It must feel great to finally have this physical thing in your hands.

RW: The only comparable amount of relief that I have felt was finding out that my mom’s cancer was in remission. I know it’s a very dramatic thing to say, but it was such a fantastic feeling of getting those books and being like, “Okay, at least now I don’t have to worry about people thinking that I ran off to Bermuda with their money.”

MR: It’s probably too early to talk about a sequel, but what’s next for you?

RW: I feel like now that the book is out in stores, I finally have brain space for another long-term project. I just emailed Manuela last night about a couple of ideas. I don’t know if they’re necessarily going to be a sequel to this book, but if my publisher emails me tomorrow and says we sold 50,000 copies of this, well, that’s going to change my mind. I’d love to do more of these stories. I really like these characters, and as somebody who primarily works in fantasy and science fiction, I think it’s an interesting challenge for me to not rely on “Oh, they have a magic thing!” and instead come up with some vaguely plausible ideas about how they pull off their frantic escapes.