In case you weren’t aware, local fans of exciting television are entering a once-in-a-lifetime convergence of fantastic programming: the highly anticipated final season of the insanely popular HBO series Game Of Thrones starts this Sunday, and the Milwaukee Bucks will enter the NBA Playoffs this weekend as the number 1 overall seed. Buckle up.

With these two unique TV events beginning during the same week, we got to thinking about everything the two situations have in common. Bucks minority owner and Green Bay Packers quarterback Aaron Rodgers is a G.O.T. super fan, and Bucks MVP-to-be Giannis Antetokounmpo has recently inquired about hopping on the bandwagon, but there are actually quite a few connections between the rise of the Bucks and all that is Game Of Thrones. (It goes without saying, but the following paragraphs include plenty of spoilers—of what’s happened already, that is. We don’t have spoilers for this coming G.O.T. season or the NBA Playoffs. We’re not Bran.) 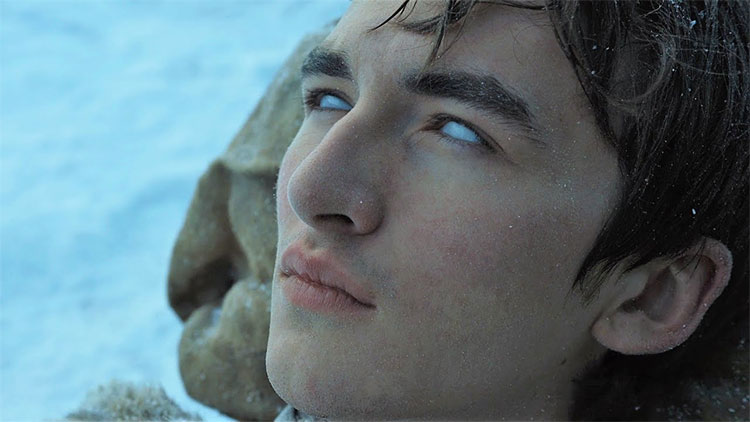 Former Bucks general manager John Hammond executed a plethora of transactions with mixed results during his nine-year tenure, but there are two moves in particular that are still paying huge dividends in Milwaukee. He orchestrated the acquisition of now All-Star Khris Middleton via trade, and also drafted a largely unknown kid from Greece who is now maybe the best player in the league. Eddard “Ned” Stark, former Lord of Winterfell, Warden of the North and hand to King Robert Baratheon, was well-respected throughout the kingdom and made several allies, but his most impactful contributions have come in the form of his children (trueborn or otherwise) Robb, Sansa, Arya, Bran, Rickon, and Jon Snow. Hammond and Stark no longer figure into the grand scheme of their respective stories, but they both certainly laid the groundwork for what was to come.

Bucks Head Coach Mike Budenholzer is perhaps the biggest reason the team sits where they do. Prior to “Coach Bud” showing up, the Bucks were going to the playoffs somewhat regularly, but they never looked like a team that could seriously challenge for a championship. His free-flowing “Let It Fly” style of driving, kicking and shooting lots and lots of 3-pointers has given the Bucks players the freedom they never had in the prior regime’s antiquated offense. Additionally, he and his experienced staff have a reputation for developing players and getting them to buy into their system. Daenerys Targaryen, the daughter of Aerys Targaryen and rightful heir to the Iron Throne (which is kind of a big deal), has a new, refreshing style of ruling compared to most of her monarchical predecessors. She has a strong distaste for slavery and those who participate in it, has a large crew of experienced advisors alongside her at all times, and has convinced many nations to fight for her cause. Different situation, similar style. Sometimes they even look alike. 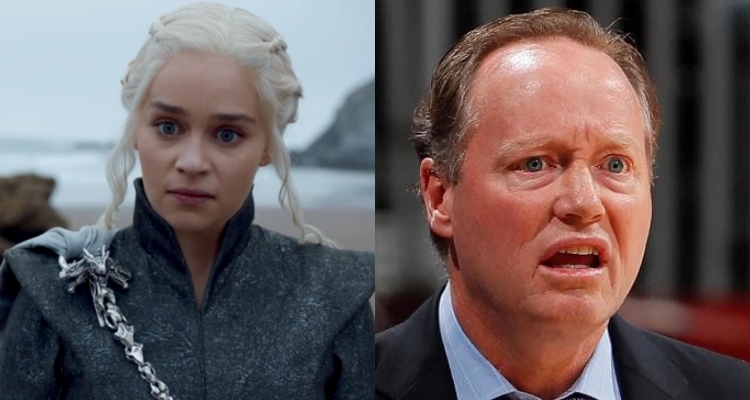 As mentioned earlier, Coach Mike Budenholzer’s offense features a heavy dose of 3-point shooting, including contributions from the types of players you wouldn’t normally associate with outside shooting. Nikola Mirotic, Ersan Ilyasova, and Brook Lopez are three of the biggest players on the roster—all standing at 6’10” or taller—and all three of them have the capability of getting hot from beyond the arc at a moment’s notice. Daenerys Targaryen has three “children,” and those children just happen to be enormous, fire-breathing dragons that are capable of wiping out whole enemy battalions with a single breath. Also, to get the dragons to utilize their fire-breathing skills, Daenerys must first utter the term “Dracarys,” which means “Let It Fly” in High Valyrian. Okay, no, it doesn’t, but wouldn’t that be awesome? 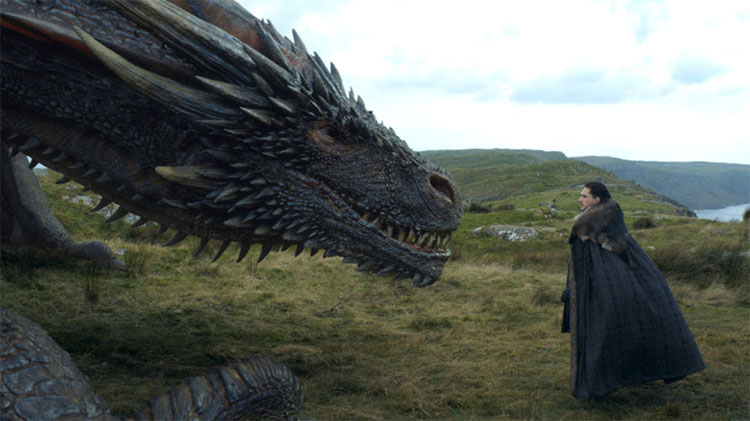 Simply put, if the Bucks don’t have Giannis, their chances at making the NBA Finals are basically nonexistent. His combination of size, skill, strength, and athleticism is just flat out unfair; and on top of all of that, he’s a natural leader, makes family the central focus of his life, and is seemingly just an overall great human being. He came from the humblest of beginnings, has worked endlessly to hone his craft, and is now unquestionably among the best very players in the world. Jon Snow, the alleged illegitimate son of Ned Stark, has arguably become the most important character on the entire show. He has worked his way up from being a lowly steward in the Night’s Watch to eventually being declared the “King in the North” by all of the Northern houses. Additionally, he has assembled an unprecedented coalition to combat the potential end of mankind at the hand of the White Walkers and the Army of the Dead. He possesses the skill, courage, and temperament needed to be an unparalleled leader of men and he also values his family above everything else. We’re not positive that Jon Snow was based on Giannis, but the evidence seems to be fairly extensive.

In the span of four days in Mid-March, it was announced that starting guard Malcolm Brogdon and prized trade acquisition forward Nikola Mirotic would both miss several weeks due to injury. Granted, neither of those players are superstars, but both are very important pieces of the rotation and had been playing exceptionally well at the time. One of the more jarring Game Of Thrones scenes takes place in episode 9 of season 3, where several key characters—including Catelyn Stark (Ned’s wife), Robb Stark (Ned’s eldest son, the new “King in the North”), and Robb’s pregnant new bride, Talisa, are brutally murdered at a wedding reception put on by supposed ally Walder Frey. None of their deaths spelled doom for mankind, but Robb’s death was an especially major setback in the North’s goal of defeating House Lannister (an unpleasant bunch to say the least) and taking the Iron Throne. Both events were pretty shocking and greatly upset fans, though perhaps some more than others.

On December 7, it was reported that Sheboygan native and former University of Wisconsin star Sam Dekker had been traded to the Bucks. Then, within an hour, it was reported that he was actually part of a three-team deal and that he was not coming to Milwaukee after all. In the season premiere of season 7 of Game Of Thrones, pop star Ed Sheeran made an appearance for some reason. Both occurrences made people freak out for a very short period of time only to see their dreams of a longstanding role dashed almost immediately. Such is life, kiddos.

Giannis vs. James Harden & The Battle of the Bastards

For the majority of the season, Antetokounmpo has been in competition with one man for the league’s Most Valuable Player award, and that man is reigning MVP James Harden. Harden is basically the antithesis of Giannis in that he’s an unbelievable shooter, he plays very little defense, and he relies on things like this and this to gain a competitive advantage. In episode 9 of season 6, Jon Snow leads his army in an epic battle against the army of House Bolton in order to rescue his brother, Rickon, and reclaim his home of Winterfell. “Leading” the Bolton forces is perhaps the most despised, evil character in the entire series, Ramsey Bolton, who does all he can to gain a psychological advantage, while doing very little actual fighting. Ultimately, Jon Snow and crew, with an assist from the Knights of the Vale, defeat Ramsey and house Bolton in pretty satisfying fashion. However, no matter how satisfying that victory was, nothing will ever be as satisfying as Giannis ultimately taking the MVP throne away from Harden. “The King in the North” indeed!