On July 27, Milwaukee Record will host a screening of A League Of Their Own at Avalon Theater. If you’re somehow unfamiliar, this classic 1992 sports film chronicles the Rockford Peaches during the inaugural season of the All-American Girls Professional Baseball League in 1943. It’s a great movie about real-life events and it’s set in the Midwest. What more could you ask for?

Even though A League Of Their Own—which features teams from Kenosha and Racine—has become a definite point of regional pride as the film’s popularity has endured for 30 years, few people are aware of Milwaukee’s direct connection to the All-American Girls Professional Baseball League. Not only did the city briefly have a team in the professional women’s baseball league, they were the best AAGPBL franchise during their brief existence. 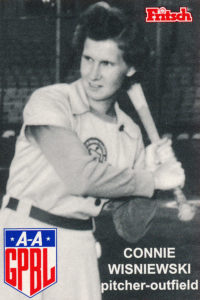 Initially, the expansion team played fine. In the first half of the 1944 season, Milwaukee managed a 30-26 record. However, largely due to the performance of rookie pitcher/outfielder Connie “The Polish Rifle” Wisniewski, Alma “Ziggy” Ziegler, Merle “Pat” Keagle, and Joephine “Jo” Kabick, the Chicks—also nicknamed the “Brewettes”—heated up in a big way, posting a 40-19 record in the second half of the year to finish their debut season with a league-best 70-45 mark. By season’s end, Milwaukee also led the AAGPBL in runs, batting average, stolen bases, and home runs.

Though the Chicks were excelling on the field, they weren’t exactly catching on in their home city. Milwaukee already had an American Association (essentially Triple-A by today’s standards) team called the Brewers that had been around for more than 40 years at that point. In fact, the 1944 Milwaukee Brewers were in the midst of an American Association Championship run during the Chicks’ inaugural campaign. Additionally, would-be fans were allegedly turned off by the whopping 95-cent ticket prices (equal to about $16 in 2022) for Chicks home games. Reportedly, those factors led to attendance often landing between 200 and 300 people for most home games.

Undeterred by the lack of local support, the surging Milwaukee Chicks faced the Kenosha Comets for the AAGPBL championship in 1944. However, Borchert Field was unavailable for the affair, as the Brewers were using it. So the Chicks had to play all seven games at Lake Front Park in Kenosha. Following the seven-game set against pitching powerhouse Helen Nichol and her teammates on the Comets’ home diamond, the Chicks won the AAGPBL pennant.

Sadly, that incredible championship season would be the team’s only one in Milwaukee. Before the 1945 season, the Chicks relocated to Grand Rapids, Michigan. The team would remain there until the All-American Girls Professional Baseball League folded in 1954, winning two more titles in 1947 and 1953. Carey would become AAGPBL President and Wisniewski would amass a ton of league records en route to earning consideration as one of the best professional women’s baseball players of all time. You might not see any of this on A League Of Their Own tomorrow night or hear many firsthand accounts from locals, but the Milwaukee Chicks existed and they were outstanding, even if only for one brilliant summer. 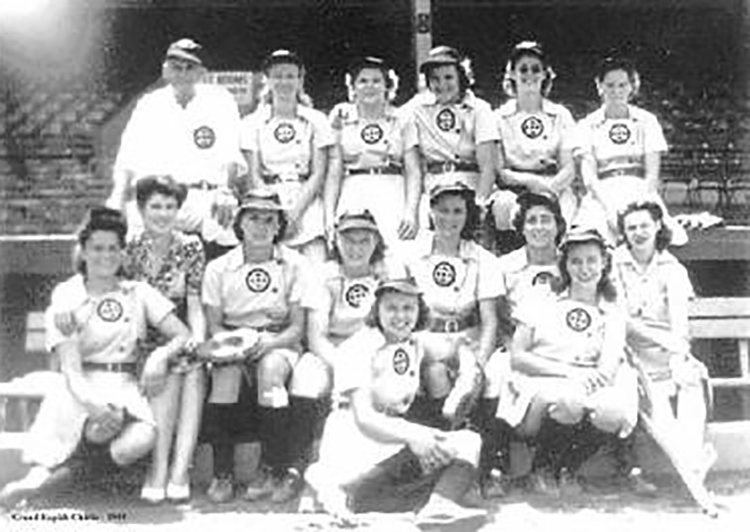