What started as a collection of 32 Milwaukee music acts taking the court to determine which is the best at basketball has now shrunk into single-digit contenders. Over the weekend, the second round of Bandsketball was in full swing at the courts at Center and Fratney streets in Riverwest.

After The Cavewives officially wrapped up round one by besting Calamity Janes And The Fratney Street Band in a makeup game, they quickly advanced again after bouncing Sex Forecast from the tourney. In something of a shocker, first round phenom WC Tank played shorthanded and lost two of three games to Caley Conway & The Lucy Cukes. Lousy Trouts leaped over Ladders. WebsterX’s dominant showing continued, as he toppled The Aluar Pearls, despite (as he told us) mistakenly spitting in his own eye while trash-talking. Cherryball sent the record club back to Kane Place. Higher Education Records ousted Sat. Nite Duets. Despite some sweet jumpers and one sick block from the jort-clad gents in Platinum Boys, they were no match for SAFS CREW—who had a player who could do this… 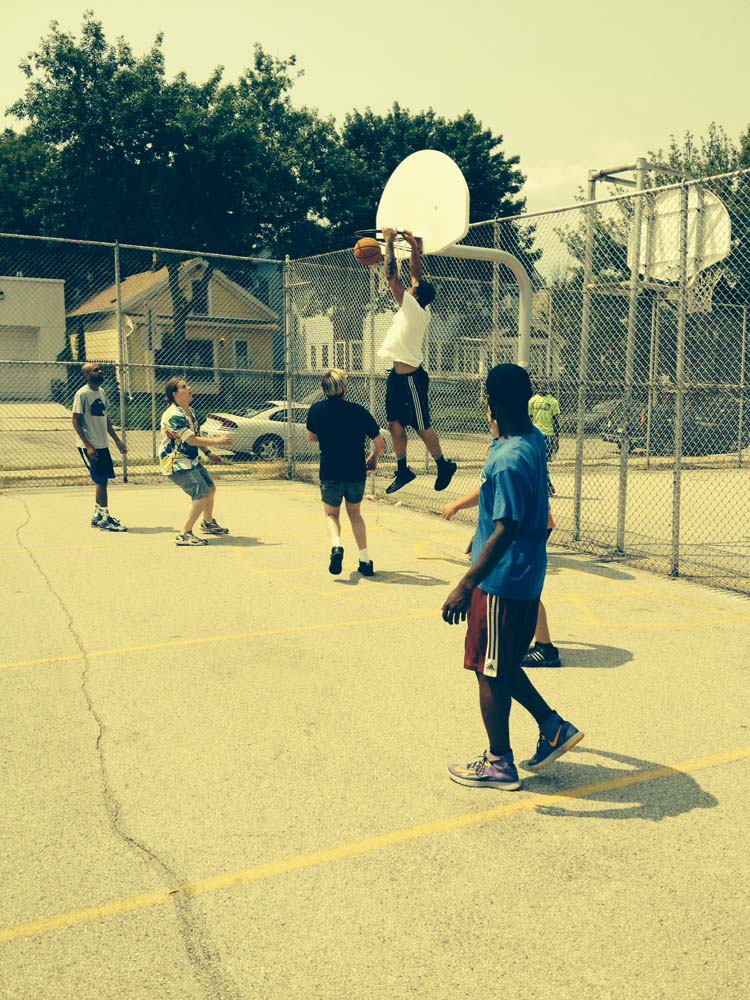 Newlybreds and Thriftones did not play. They will play at 7:45 tonight.

Round three of Bandsketball kicks off Sunday, July 27. Match-ups include:

The final four and championship rounds will take place at the same courts on August 1, as part of Breadfest festivities. In addition to on-court entertainment, the final four teams will also play a free show at Bremen Cafe on Thursday, August 7.