For the past two plus years, The MilBillies have sharpened their boisterous bluegrass sound in the corners of the dimly lit dive bars of Milwaukee. While the five-piece string band hasn’t been able to perform its upbeat brand of string music inside those familiar haunts for most of 2020, The MilBillies’ recently released debut album is drenched in the beer, booze, and Brew City fervor their fans have come to expect.

“We miss it a lot,” fiddler Joe Wais says of playing in the band’s favorite pubs. “I’m not going to lie. We definitely miss it a lot.”

At home in “dive bars”— a phrase the band members use with evident affection—The MilBillies’ punk-tinged barroom bluegrass fits perfectly with the sonic backdrop of a packed beer joint. Fittingly, Milwaukee and its nightlife are central themes of the majority of the album’s 12 tracks.

“We were writing about what we were around and what we know,” Wais says.

Wasting no time in showing off their fast-and-loud approach, The MilBillies kick off the album with the blazing “Ol’ Fred,” a song about the closing of Milwaukee’s Pabst Brewery. Other standout songs include “Good Land,” an anthem dedicated to the band’s hometown, and “High Class Low Life,” a song that will surely remind some listeners of another punk-infused bluegrass band that hailed from Milwaukee—the .357 String Band.

When The MilBillies started recording at Milwaukee’s Silver City Studios in February, the band sought to capture the energy and excitement of its live shows. Behind the direction of Milwaukee music scene veteran Chuck Zink, whom the band tabbed as producer, The MilBillies recorded every song live with the full band, only going back to overdub the vocals. The end result is raw, lively and full.

“Everybody has to kind of be in that pocket for it all to sound right,” mandolin player Matt Brey says. “If someone’s off, it’s really noticeable. It seems like when everyone’s in the same room breathing the same air and all together, it just clicks.” 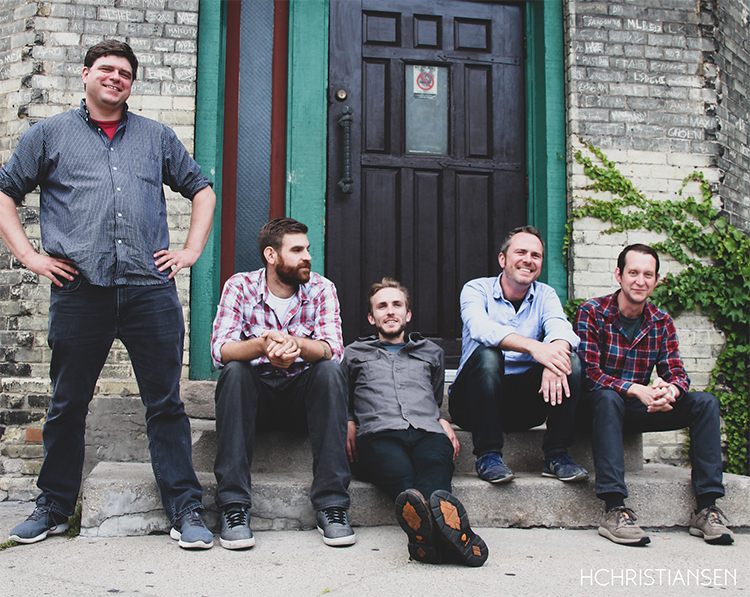 Wais, Brey and their bandmates—upright bassist Pat Zimmer, banjo player Dan Shaw and guitarist Eben Flood—originally planned for an April release date, but the COVID-19 pandemic forced them to adapt.

“We were about halfway done with our studio sessions, with recording, and the world blew up,” Wais says.

Silver City Studios closed its doors until the business was able to safely reopen, and the band didn’t pick up recording again until late July.

“We sort of went back into the studio with a bit of a pandemic hangover,” Wais says. “We started to listen to what we had recorded in February and decided to redo a bunch of it just because we had that time to sit back and listen and take the time to really improve on some things and just tweak some other things that we wanted to do in the songs.”

After recording and mixing was wrapped, The MilBillies sent the album in for final touches at Milwaukee’s Mystery Room Mastering and headed to Pittsburgh for the cover photo. Jennifer Angus, a contemporary installation artist and UW-Madison professor, is a favorite of Flood, and she had an installation at the Mattress Factory Museum in Pittsburgh that she allowed the band to use for a photoshoot. The surreal scene featured several taxidermized animals, including a badger, raccoon and bear, dining at a table. For the cover image, the band members joined the animals for a meal with Brey reading a book entitled The Romance Of Insect Life and Flood feeding the badger a strawberry. The final result is an album cover that demands a closer look. 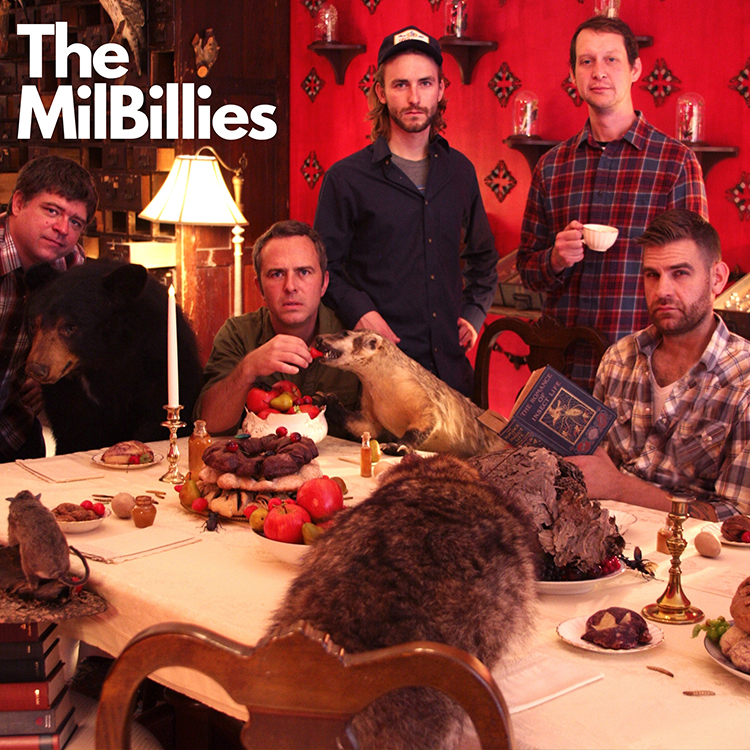 “I think we made the drive, played a show, took the pictures and were all back within 48 hours, so a whirlwind of a couple days,” Brey says.

Finally, nine months after the MilBillies started recording, the 33-minute album was released on Friday, November 6. Sadly though, The MilBillies won’t be able to play the songs in front of audiences again any time soon.

“We’re pretty much going to shut down for the winter with things going the way that they’re going,” Wais says.

But fans can listen to the album on Spotify or YouTube or buy a digital copy on iTunes or Bandcamp. For CD copies, you can contact the band via Facebook or Bandcamp. The band hopes to have vinyl copies available by early 2021 as well. And, rest assured, as soon as the MilBillies can safely play out, they’ll be hitting Milwaukee’s dives again.

“I’m definitely chomping at the bit to put all of this behind us so we can get back at it,” Brey said.