What’s going on? That’s a question many of us have been asking a lot these past few years. However, the query has been around far longer than the last, say, four years or so. In fact, it was brought to mainstream consciousness in a big way in 1992 when a then-unknown band called 4 Non Blondes released their one and only hit single, “What’s Up?”, which was centered on the exasperated and confused inquiry.

In the almost 30 years since its release, the song has become a karaoke standard, a timeless track that’s still in worldwide circulation, and the vehicle that helped launch singer Linda Perry’s post-Blondes career as a writer and producer of countless renowned pop songs. And as of this morning, “What’s Up?” is also a song you can hear Live Tetherball Tonight cover.

The math-y Milwaukee emo act, which is currently working on a new album, decided to record their own distinct and altogether wonderful rendition of the 4 Non Blondes favorite to hold listeners over as they wait for new originals.

If you have four minutes to spare and a place in your home or office where you feel safe screaming “What’s going on?” at the top of your lungs, do yourself a favor and listen to Live Tetherball Tonight’s “What’s Up?” cover now. 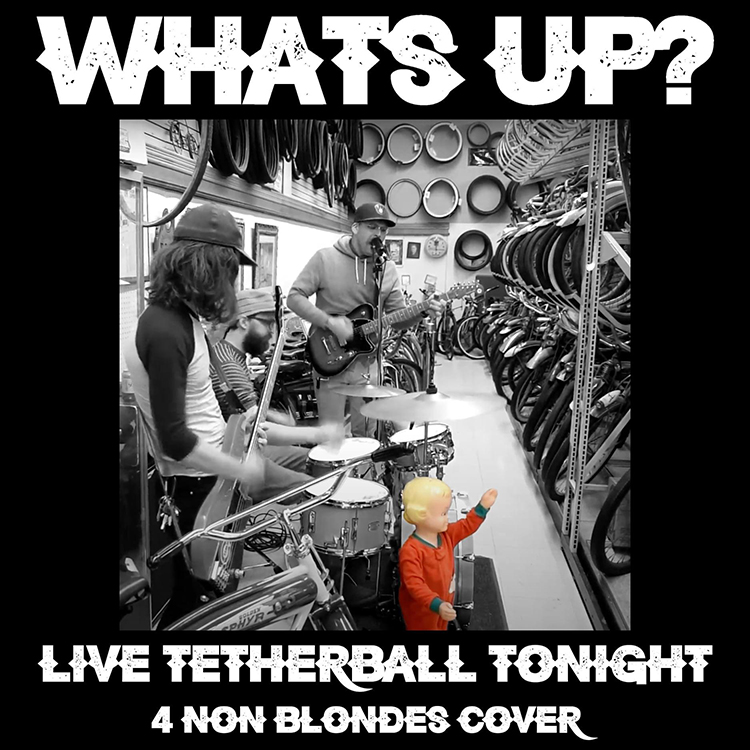