UPDATE (3/13/2020): As a precautionary measure done in effort to limit the spread of coronavirus, Burnhearts and Solemn Oath have decided to postpone Folk House Kegger until further notice.

Earlier this month, Burnhearts curated a winning wintry mix of live music, rare and delicious craft beer, tasty food and barrel-aged cocktails, locally-made wares, and charity that all came together outdoors to form “Mitten Fest.” The eighth annual affair was the best-attended and most beneficial installment yet. We have the pictures to prove it. So how does the Bay View bar follow up the unabashed success of what’s quickly become Milwaukee’s favorite outdoor festival? With something different altogether.

On Thursday, March 19, Burnhearts and Solemn Oath Brewery will join forces for the second installment of an eclectic night of entertainment they’re calling “Folk House Kegger.” From 6-10 p.m., the Bay View bar will host a varied cast of musicians, comedians, and other unexpected performances.

“The idea comes from that post vaudeville, underground coffee house, open mic theater scene that spawned so many of the great folk singers, actors, writers and thinkers that were instrumental in brewing the cultural revolution of the ’60s,” Burnhearts owner William Seidel told us before last year’s installment. “While that idea is probably just a romanticized version of how things truly were, I just liked the concept and it fits our space that isn’t a traditional rock club.”

The second annual Folk House Kegger features music from Katie LaFond, Ash Rotwell, Chris Rosenau, and Phoenix Kristian. There will also be stand-up comedy sets by Raegan Niemela, Greg Bach, and Elijah Holbrook. Other performers (such as poets and performance artists) will be revealed as the event approaches.

The event will also function as a tap takeover for Solemn Oath. The full beer list hasn’t been confirmed yet, but last year’s event brought lots of rarities and taproom-only specialties from the Illinois-based brewery, as well an abundance of Solemn Oath’s excellent Lü Kölsch. It’s going to be a folking good time. We’ll see you there! 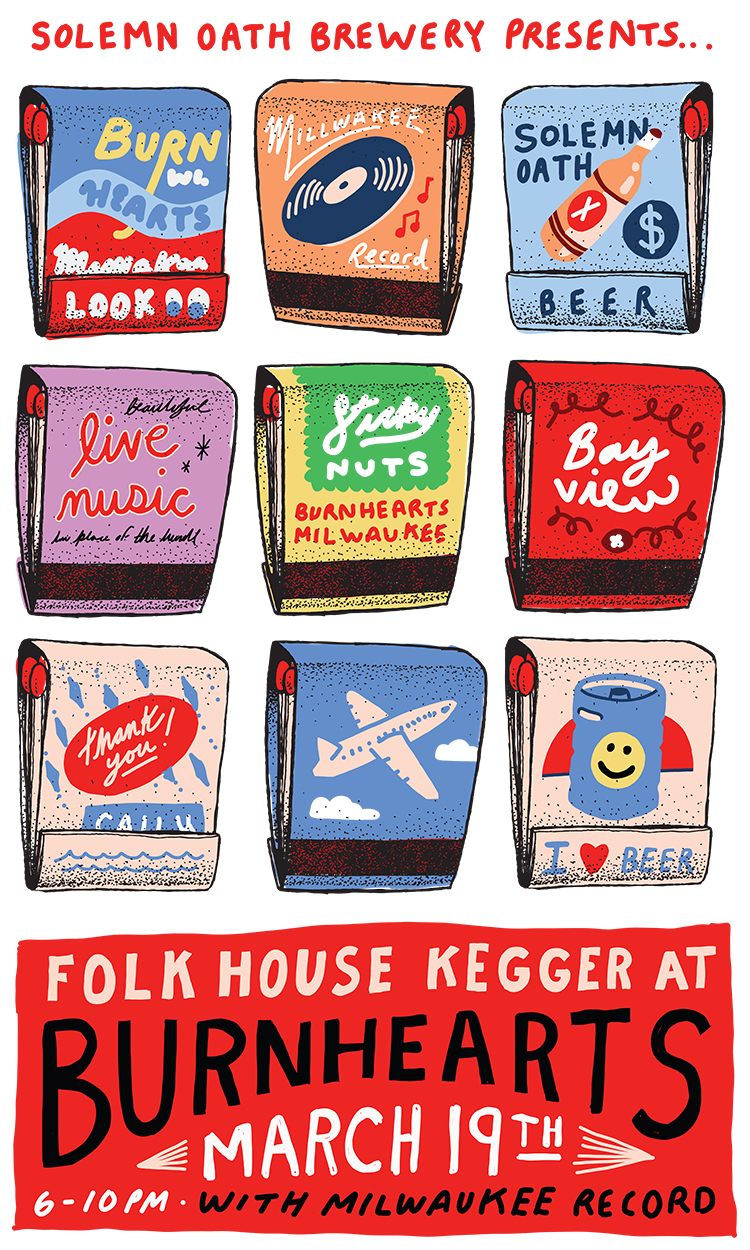