In previous years, Honeypie and Palomino have helped raise funds for the long-running public radio station by offering specialty burgers during the summer months. This year, the Bay View restaurants have decided to expand the innovative (and delicious) promotion into a full-fledged monthly burger series.

The series will start in February when Honeypie and Palomino offer the Rockabilly Chili Burger (pictured above), which is said to feature “a double brisket burger, American cheese, fried onions, house made pickles, pork and beef chili, jalapeno aioli, sandwiched between two bacon beer cheese grilled cheese brioche buns. Served with fries.” That will be followed by the station’s Art & Music Burger in March.

Local musicians will also be getting in on the fun. The Klassik-themed “Klassik Burger” will be served throughout the month of April. Some other participating artists include GGOOLLDD, Platinum Boys, Lex Allen, Nineteen Thirteen, and Mark Waldoch. We’re also pleased to announce there will be a Milwaukee Record burger served during the month of September.

As if the opportunity to eat a specialty burger created in honor of some of your favorite area artists isn’t cool enough on its own, $2 from every burger sold will support WMSE. The official launch party for the Rockabilly Chili Burger will take place at Palomino Bar from 6-8 p.m. on Thursday, February 6. DJ Johnny Z will spin and burgers will be eaten. 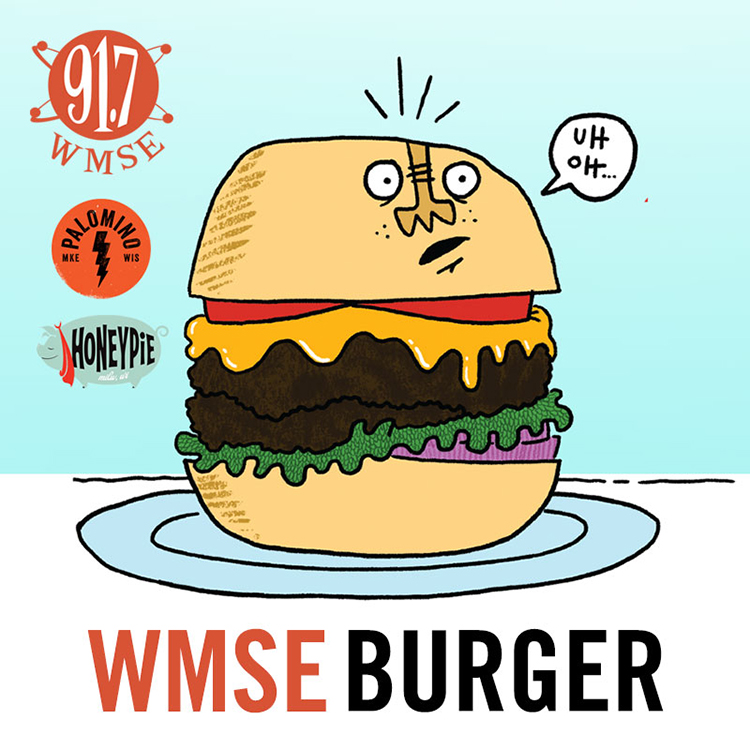