While the recent closure of All Purpose is certainly tragic news for Milwaukee dining, its end has opened new and exciting avenues for other endeavors. This fall, the space will host a new concept with ties to Boone & Crockett, Vanguard, and Gypsy Taco. Early next year, two former AP employees will join forces to open Vine Society, a wine bar and shop in the heart of Bay View that aims to be “about exploration and appreciation,” without so much as a hint of pretension.

Calvin Andersen and Jordan Burich met while working together at All Purpose. Along the way, Andersen also worked some of Burich’s Sprezzatura pop-ups, and the pair realized they had a shared affinity for wine.

“We were talking about pop-ups and Calvin and I were both like, ‘Hey, we should do a crazy wine shop where we do whatever kind of weird wines we want and can have pinball machines and play records, show movies, and have a shop that isn’t like a library,’” Burich says.

Vine Society will open at 2481 S. Kinnickinnic Ave., the former site of Bigfoot Bike And Skate. The concept is one that eschews what both Vine Society owners call the “library” feel. Instead, Burich says he hopes to bring “whimsical features” to the store.

“If we’re going to be spending so much time in a space doing one thing, it might as well be really fun,” Burich says.

The space will exist as a retail shop and a cozy wine bar with an Italian-style happy hour snack buffet. As the name would suggest, Vine Society will also offer a subscription service with products the staff will curate to fit specific tastes. Some beer and cider will be available, but the store will focus primarily on a breadth of wine that suits any preference and all budgets.

“There’s going to be crazy baller bottles for the people who want them, but I want to see people reaching for something that has quality with a low price tag,” Burich says. “You need to have that stuff in there.”

Vine Society is hoping to have its soft opening in time for Valentine’s Day, and expects to be fully operational by spring. Check back for more updates in the coming months. 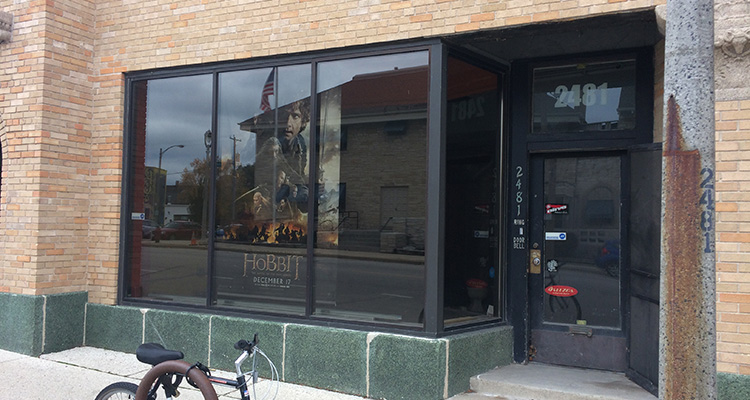