UPDATE (3/13/2020): As a precautionary measure done in effort to limit the spread of coronavirus, Pabst Theater Group has postponed Turner Hall Tiki Takedown. Today, they issued the following statement:

“We’re saddened to say the 2020 Tiki Takedown has been postponed. We will have a rescheduled date for you as soon as possible, and all tickets will be honored at for that new date. If you have any questions, please feel free to reach out to our box office at 414.286.3663 or [email protected] Thanks for your patience and understanding – and stay well!”

Last month, we let you know that Turner Hall would once again be filled to the brim with warm vibes and island cocktails when we announced the second annual Tiki Takedown would return to the downtown ballroom on Sunday, March 22. Following the event’s resounding success in its debut last March, Pabst Theater Group and Cutwater Spirits are poised to make this year’s installment even bigger and better this time around with a new VIP ticket package, a designated driver ticket option, and more competitors than ever before.

Though we mentioned a few participating bars and restaurants in our announcement article, the full field of competitors was a mystery until now. Today, Pabst Theater Group announced the 15 establishments who will be serving up island drinks and competing for the coveted Tiki Takedown Trophy and Tiki Master title. Get ready to enjoy handcrafted cocktails from the following businesses on March 22:

Tickets are on sale now. General admission tickets purchased before March 1 are $20; after that, they’re $25. VIP tickets—which include early entry, exclusive balcony access, appetizers, complimentary coat check, and a souvenir cup—cost $40 and they’re almost sold out. Designated driver tickets (including complimentary non-alcoholic beverages) are $5. We’ll see you at Turner Hall on March 22! 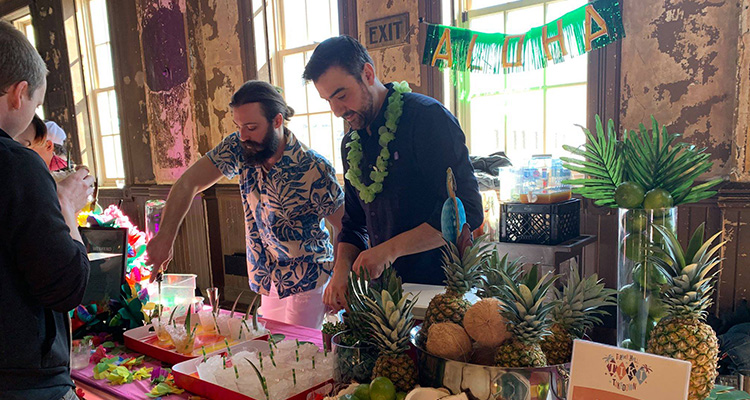