The Mackie Building on Michigan Avenue has gone by a few names since it was completed in 1880. It originally was known as the Chamber of Commerce Building, because it housed the offices of Chamber of Commerce members, and did so into the 1930s. Fittingly, it was also called the Grain Exchange Building, because a three story grain exchange—a commodity trading room that contained a “trading pit”—was located inside as well. Grain trading took place until 1935, and afterwards the room was converted for office use. The room has since been made to look similar to its former appearance, and is now used for banquets and wedding receptions. The building is currently used for various other things, including apartment space, and it is also home to a barber shop, Historic Milwaukee, Inc., The Daily Reporter, and the Milwaukee Printing Press. On the northwest corner of the building is the Swingin’ Door Exchange (219 E. Michigan St., 414-276-8150), which is obviously the most important part of the building, because Friday night fish frys can be found there.

After the repeal of Prohibition in 1933, the Western Union Telegraph Company moved out of the corner space of the building, and the Exchange Tavern went in. According to city directories, it existed as such until 1960, when it became Jordan’s. In 1968 it changed once again, and became the Swingin’ Door Tavern. In 2010, new owners took over the spot, and used the names of two of the former occupants, and named their new establishment the Swingin’ Door Exchange, which they bill as a “Saloon & Eatery.” 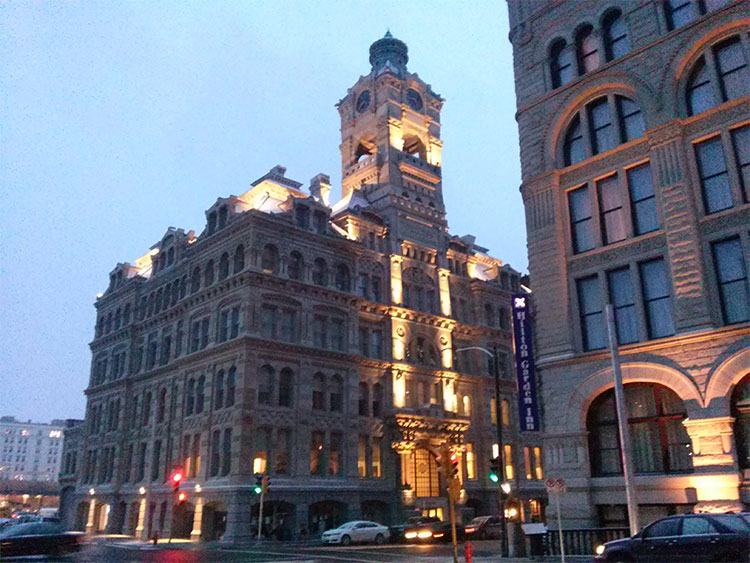 Upon entering, I first noticed how the interior is almost all solid wood, except for a few stained glass windows, red carpeted floor, and red painted ceiling. Various historical photos hang in the room with the bar, including photos of Western Union workers in front of the building, and of the grand opening party of the Exchange Tavern in 1933. I made my way to the back dining area, where I joined the members of Devils Teeth, who were gaining fish fry sustenance for their show at Shank Hall that night.

The dining area is small, and could best be described as cozy, but almost to the point of feeling cramped. Drawings of old Milwaukee buildings such as the Valentin Blatz Mansion and Meinecke building adorn the walls, and long black leather booths line the two sides of the room. A window also allows viewing beyond the restaurant, to deeper inside the building. Classic rock and soul music from the likes of Van Morrison, Percy Sledge, and the Mar-Keys could be faintly heard overhead.

Fish fry options at the Swingin’ Door Exchange include two, three, or four pieces of cod (either fried or baked), lake perch, or the combo fry, which includes two pieces of cod, two pieces of perch, and three pieces of shrimp. There also was a special for bluegill the night I was there. Fries and homemade chips are available as sides, as are spicy vermouth carrots. Potato pancakes were not on the menu, but happened to be an option anyway. 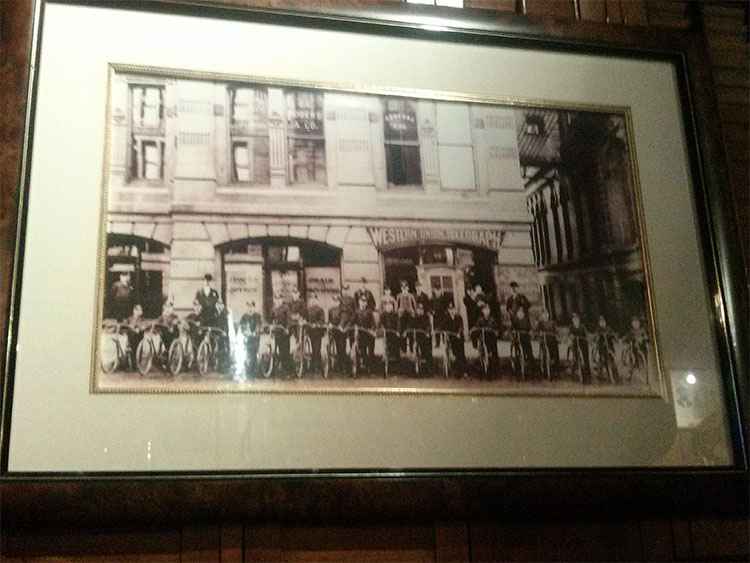 I started off with the obligatory Old Fashioned, and ordered a cup of chowder. It was not your everyday clam chowder, but corn and clam chowder instead. It was sweet and a little spicy, with a thin consistency that was almost souplike, but it was very good. I ordered the combo fry with potato pancakes, and there was enough food that the pancakes were brought on a separate plate. The fish breading had an excellent texture, especially on the perch, and all four fish pieces were a decent size. The overall fish flavor was pretty standard. The tartar was very original—it had a hint of lemon with a tangy zing. The potato pancakes could be easily cut, had a soft inside, and had a heavy onion flavor. Overall there wasn’t anything too special about them. The coleslaw was a light flavored cream slaw, and the thick marble rye was a bit dry around the edges.

As I finished the last bites of my meal, a feeling of bliss hit. Santo & Johnny’s “Sleepwalk” could be heard overhead, and as I gazed out the front window I could see a few flakes of snow glisten as they fell. To top it off, a horse pulling a carriage of people trotted past. The Swingin’ Door Exchange was a cozy place to be on a cold night, and a solid choice for the final fish fry of the year.

Takeaways:   You can have a fish fry in a building that’s on the National Register of Historic Places; this place has been slinging drinks since the year Prohibition ended; the clam chowder was corn and clam chowder, and it was pretty awesome; good amount of food with the combo fry; high quality fish breading; thumbs up for the tartar sauce; next time I’m trying the spicy vermouth carrots; from the dining room you can look through a window to the innards of the building, and sometimes people walk past. 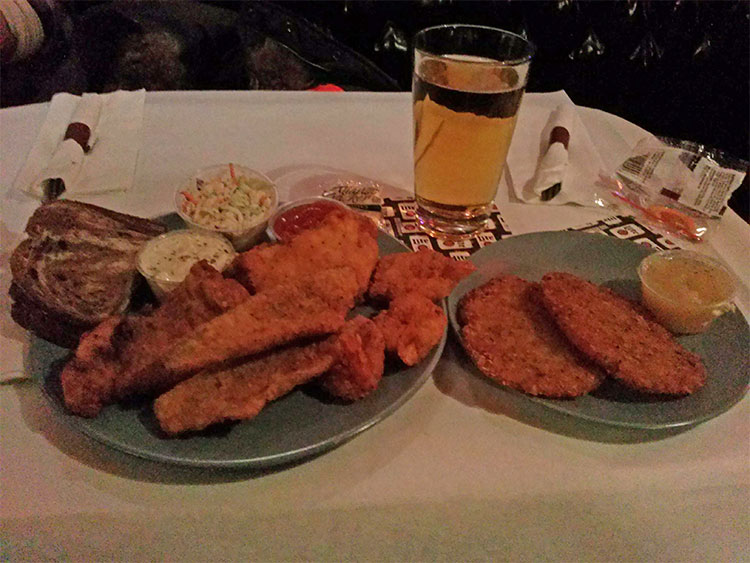