Anime fans in Milwaukee have plenty to look forward to with this month’s Anime Milwaukee convention, but the fun doesn’t stop there: Today, Avalon Atmospheric Theater & Lounge unveiled its biggest-yet lineups for its popular “Miyazaki March” and “Anime April” film fests. Similar to years past, Avalon will fill every Tuesday, Thursday, Saturday, and Sunday in March and April with classic anime films ranging from Hayao Miyazaki masterpieces like Spirited Away, My Neighbor Totoro, and Princess Mononoke, to more adult fare like Cowboy Bebop: The Movie, Paprika, Ghost In The Shell. (Oh, and Ninja Scroll! Remember Ninja Scroll? Yeah!) All evening screenings will be in Japanese with English subtitles, while all matinee screenings will be dubbed in English.

Tickets are $5 for each show, and can be ordered in advance here. Oh, and there’ll be plenty of Japanese candies and treats, as well as fresh house-made Tonkotsu Ramen—with creamy pork broth, soft poached egg, soy glazed pork belly, scallions, and nori—available at all screenings. YES. 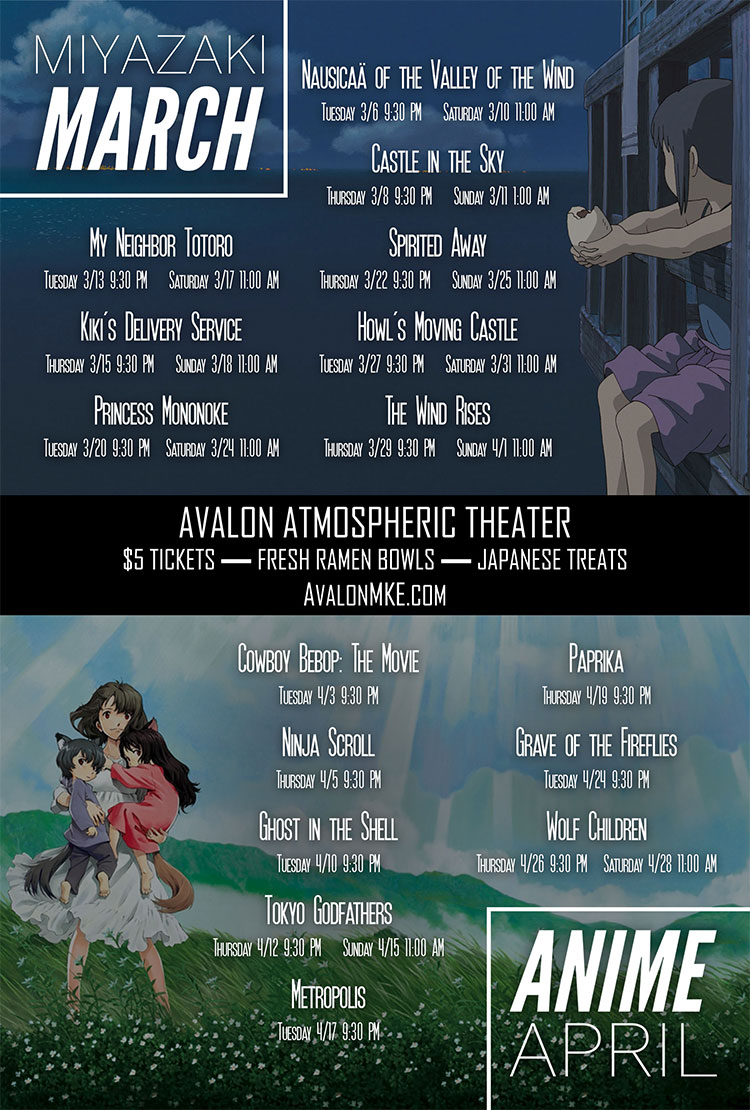