Milwaukee lost a real one on October 13 when musician Mike Schank—best known as the co-star of the 1999 documentary American Movie—died at the age of 53. Schank had been diagnosed with cancer earlier in the year. According to a friend, he passed away “in his mother’s arms.”

In addition to being forever known as the loyal and affable best friend of American Movie‘s main subject, Milwaukee filmmaker Mark Borchardt, Schank was a member of the MKE Alano Club, a sobriety and recovery club at 1521 N. Prospect Ave. He celebrated his 27th year of sobriety in August:

August 3rd was my 27 years clean and sober birthday

Fittingly, a celebration of Schank’s life will take place at the MKE Alano Club. The no-drugs-or-alcohol-allowed event is set for Saturday, November 12, beginning at noon. “Join together as family, friends, and fans as we dedicate our love and remembrance of the colorful and humble life Mike lived,” a flyer reads. 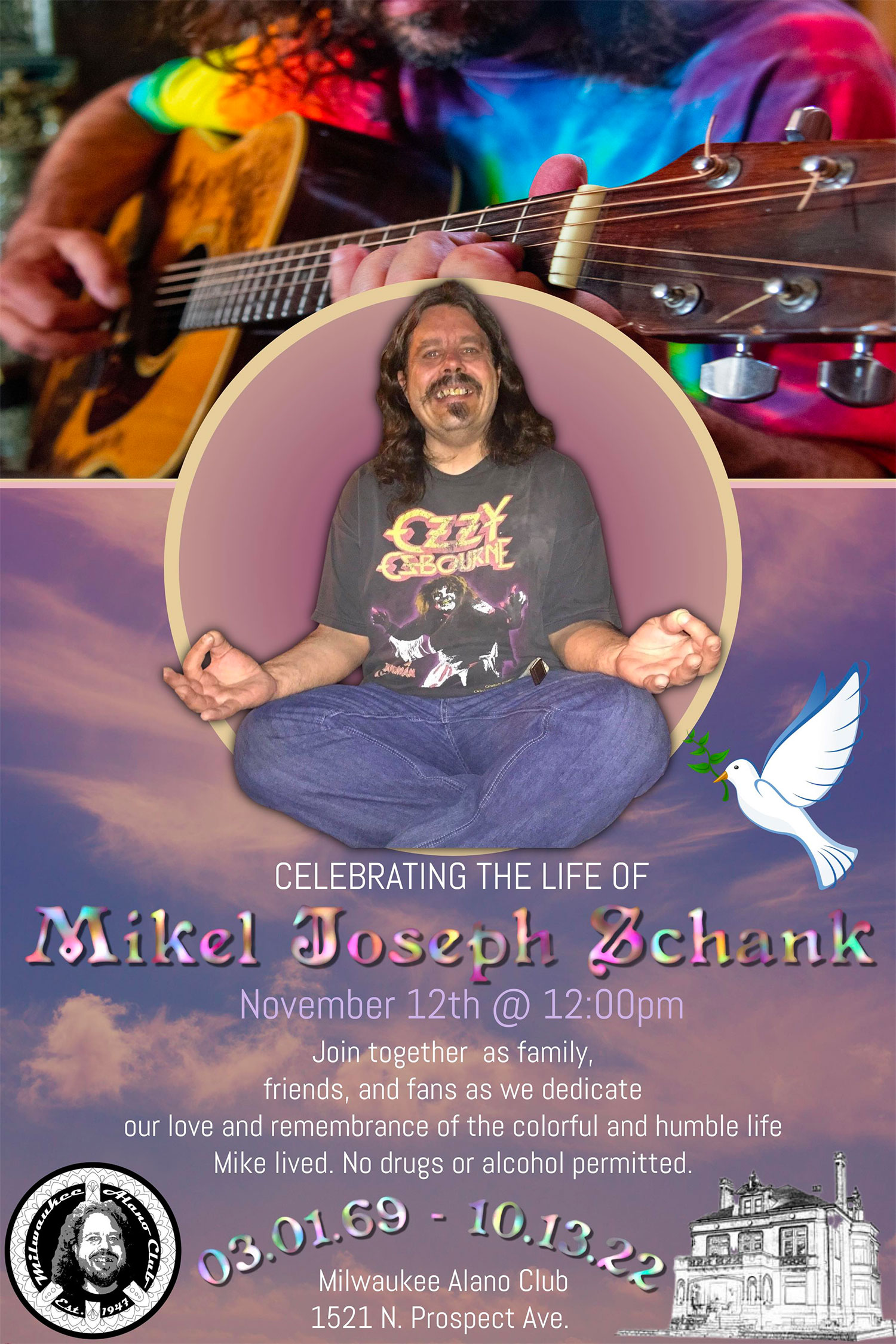 “He was the foundation of the Alano Club and a staple in so many’s recovery,” a friend said last week. “He provided wisdom, good energy, and was there every single time I personally needed him while somehow being there for countless others as well. He was such a good friend to me.”

An outpouring of tributes followed Schank’s death, including tweets from actors Elijah Wood and Michael McKean, and directors Edgar Wright and Taika Waititi:

RIP Mike Schank. I didn’t know this guy but man was he a cool friend. Let’s all watch #AmericanMovie this weekend – one of the all time great docs and super inspiring if you love film-making and film-makers. 🎸🎬 pic.twitter.com/bAlU2LPCfM