The store has the outside appearance of something you might see in a film that stars Mario Almada, or is directed by David Cronenberg: simple black lettering on white wood. I first found out about Video Nerd through my fellow trash film enthusiast Max Knowlton Sachner. He was showing off his haul of VHS tapes acquired here, with cover art ranging between H.R. Giger and goofy, brightly colored monsters doing disgusting things to humans.

“Can I text you later? I’m going on a VHS hunt this afternoon. Some guy out on a farm claims to have a million of them,” Frankie tells me. Well…this is how I learn how the store generally stocks its inventory. 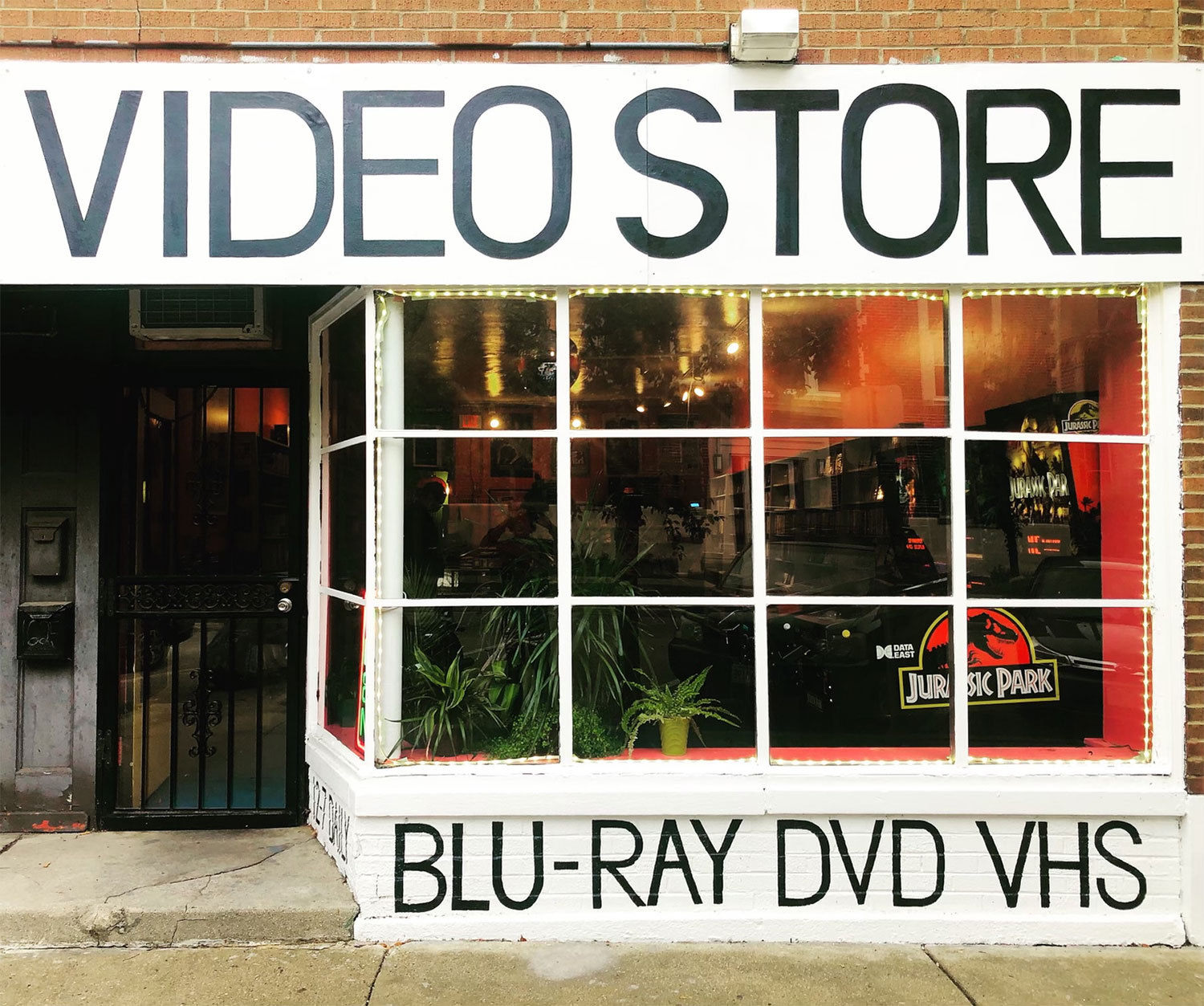 Frankie himself directed a film, Modus Operandi, which made its way around the independent film circuit some years ago, and was particularly captivating for making full use of the seedy side of Milwaukee. Filming locations included the now-closed Camelot and Hillside strip clubs, in all their carpeted 5-p.m.-on-a-Wednesday glory. The film stars Danny Trejo, grinning diabolically while holding an eyeball on a corkscrew. Of course, no independent Milwaukee film would be complete without an appearance by Mark Borchardt, an icon for those who truly live and breathe celluloid.

Video Nerd sells VHS, DVD, Blu-ray, and music, much like all the Mega Media Xchanges scattered throughout the city. But Video Nerd is curated by Xavier and Frankie, who were both part of Riverwest Film & Video, that haven for film geeks and scholars alike. There is a giant disco ball dangling from the ceiling, with a TV playing old exploitation movies or classic films, depending when you go. Usually the films are wild in one way or another, with titles like Attack Of The Beast Creatures or Asesino De Medianoche. 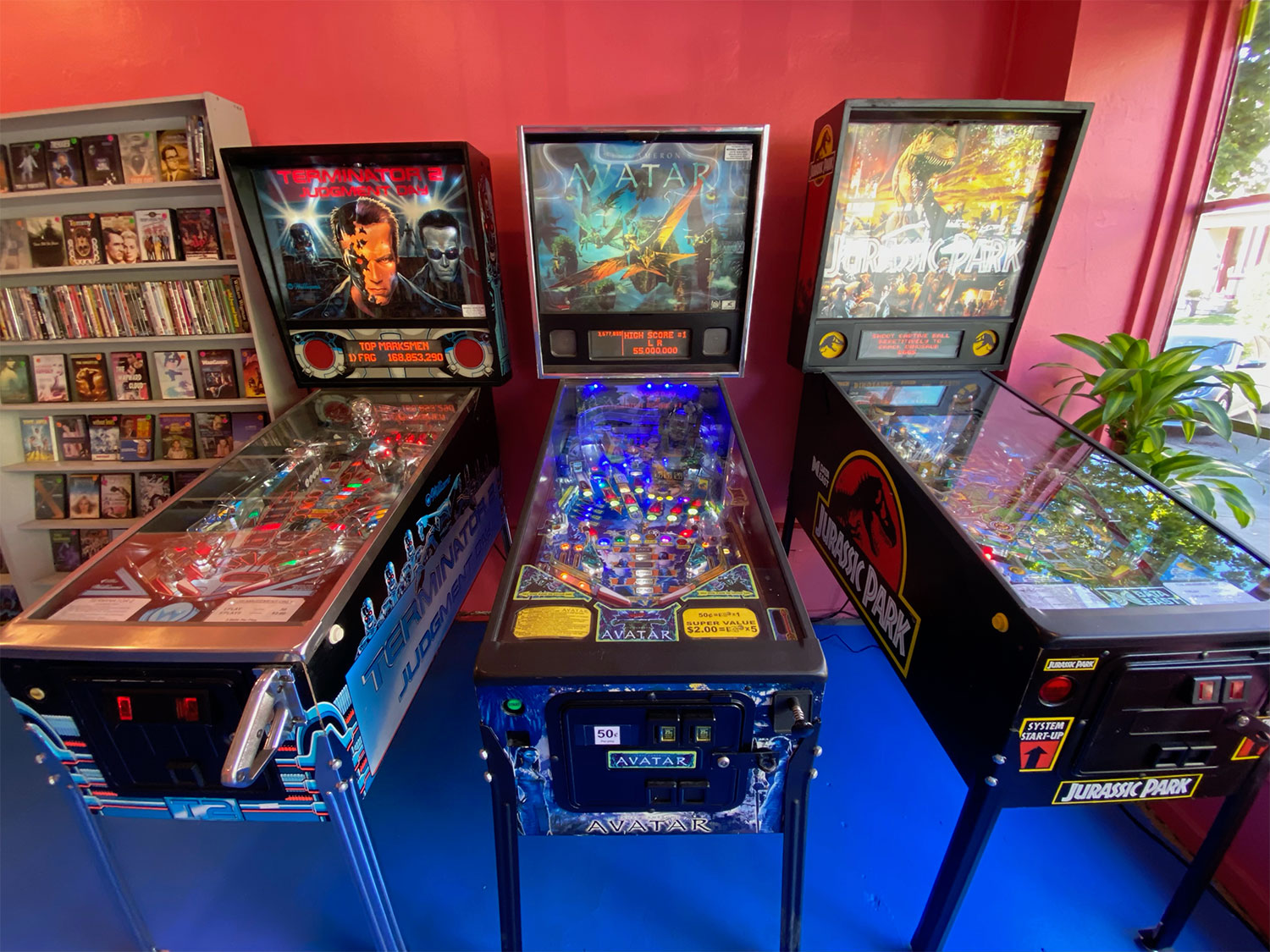 There is a magic in places like these, run by people who truly speak to their tribe, where people can gawk and be amazed and pick up a copy of something and say “No fucking way—they actually have this?!” There are companies like Mondo Macabro, Something Weird Video, and Blue Underground doing their best to re-release these films, to cater to all the freaks who truly thrive on the fake blood and go-go women and angles that show the barrel of a gun firing with a sweaty, mustachioed man holding the trigger.

Video Nerd has red walls and shelves filled with films like these, with Criterion releases for the classier filmgoers. Pinball machines with movie themes also lean against the walls, completing the late-’70s-through-early-’90s time warp feel, where a greasy teenager could fiddle with the buttons and mutter under their breath while their friend sipped from a Big Gulp, looking casually at the “big box” adult titles. 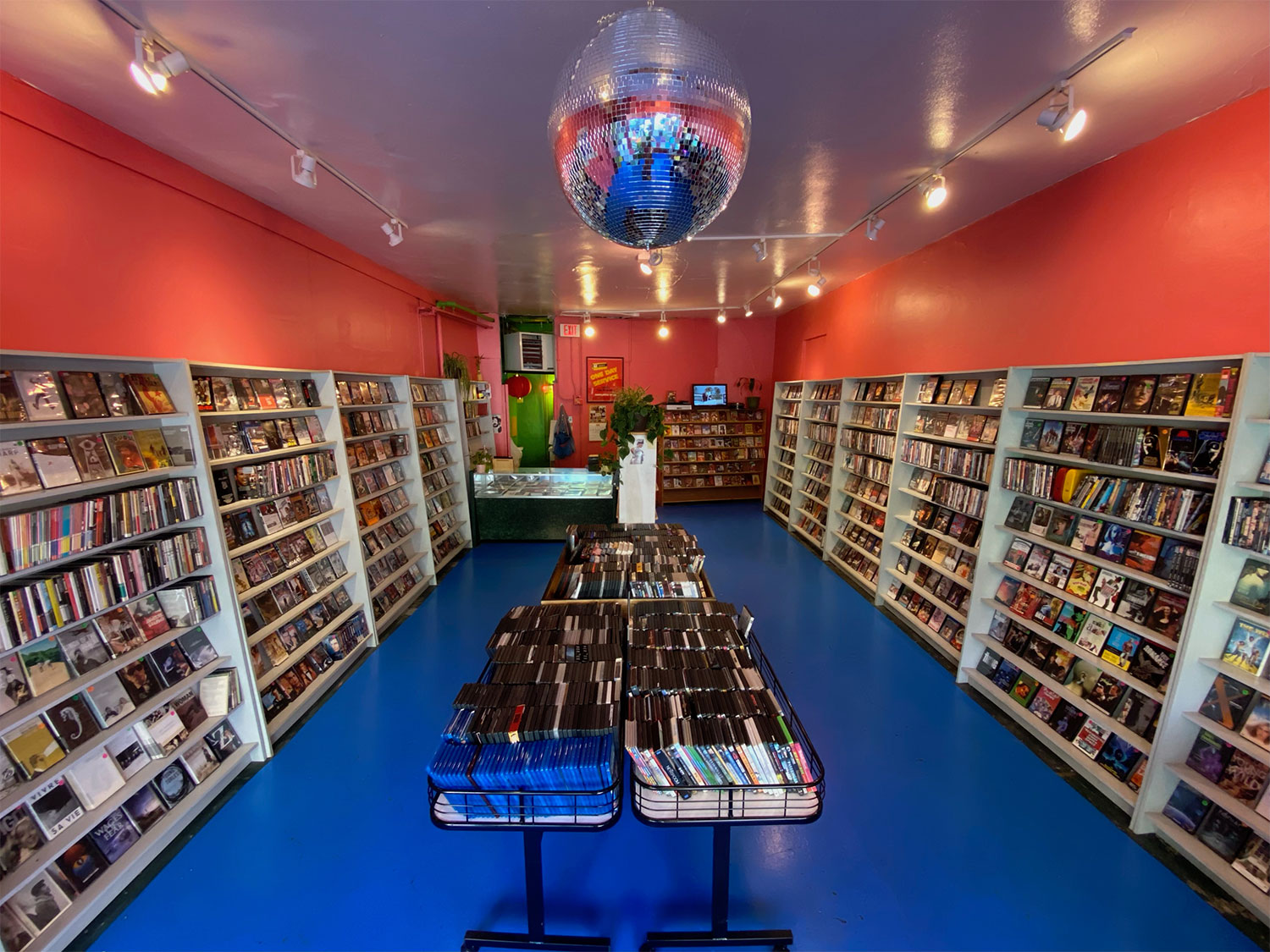