In case you missed it, Wisconsin has a big budget surplus—$3.8 billion, to be exact. Combined with a $1.7 billion “rainy day fund,” the state is sitting on a cool $5.5 billion.

So what to do with that money? At a press conference Wednesday morning at Milwaukee’s Riverside Theater, a coalition of area education and business leaders called on the state to invest some of the budget surplus in children and schools, specifically in Wisconsin’s K-12 education.

“K-12 education is directly linked to one of the most important roles the state has, developing its citizens as lifelong learners, capable of adapting to the changing needs or our economy and our communities,” reads a letter addressed to Gov. Tony Evers, Speaker Robin Vos, and Majority Leader Devin LeMahieu. “As such, the state’s budget surplus creates a historic opportunity to invest in our children and schools.”

The letter, signed by more than 300 education and business leaders, asks for some specifics: an inflationary adjustment of $343 per pupil, and a 50% reimbursement rate to support students with disabilities. (The current reimbursement rate is 28%, the lowest in the country.)

“The estimated investment for these initiatives would be less than $700 million,” reads the letter.

Speakers at Wednesday’s press conference included everyone from Director of Business Services of the School District of South Milwaukee Blaise Paul and Executive Director of Hmong American Peace Academy Chris Her-Xiong, to President of the World Champion Milwaukee Bucks Peter Feigin and Chairman of the Board of Palermo’s Pizza Giacomo Fallucca.

“If there is ever a time to invest in the future of our scholars, the time is now,” said Her-Xiong, noting that the requested $700 million was a “small, small investment.”

Feigin echoed those comments, saying “this is the time, when the funds are available” and “we need basic funding, period.” He concluded with “this is a moment we can pivot and go in the right direction.”

Other speakers reiterated the perfect timing of the investment.

“We’re in a very enviable spot,” said Joel Brennan, president of the Greater Milwaukee Committee and former secretary of the Wisconsin Department of Administration. “The state has the money. Don’t let anyone tell you the state doesn’t have the money.”

Among those telling you the state doesn’t have the money—or at least the money to invest—are Vos, LeMahieu, and other Republicans in the Wisconsin Legislature. When Evers proposed spending half of the surplus on a host of measures including education funding and sending every Wisconsin resident a $150 check, Republicans reflexively killed the proposal. Instead, they intend to leave the funds untouched for another year, and use them for tax cuts in the next budget.

“With a surplus this size, we are committed to permanent, generational tax reform, as also seen in every Republican budget over the last decade,” Vos said in a statement back in January. “To quote Democrat leader Gordon Hintz in 2018, ‘This is an election year bribe. The governor might as well save money on postage and just hand these checks out at polling places in November.'”

“We will not be foolish with these tax dollars by spending them into the future,” LeMahieu said in his own statement. “Rather, we will focus on further tax relief in the next budget.”

So there you go. That’s who’s refusing to spend money on education—or do anything, for that matter. Just so we’re crystal clear on that. You can sign the letter for yourself HERE. 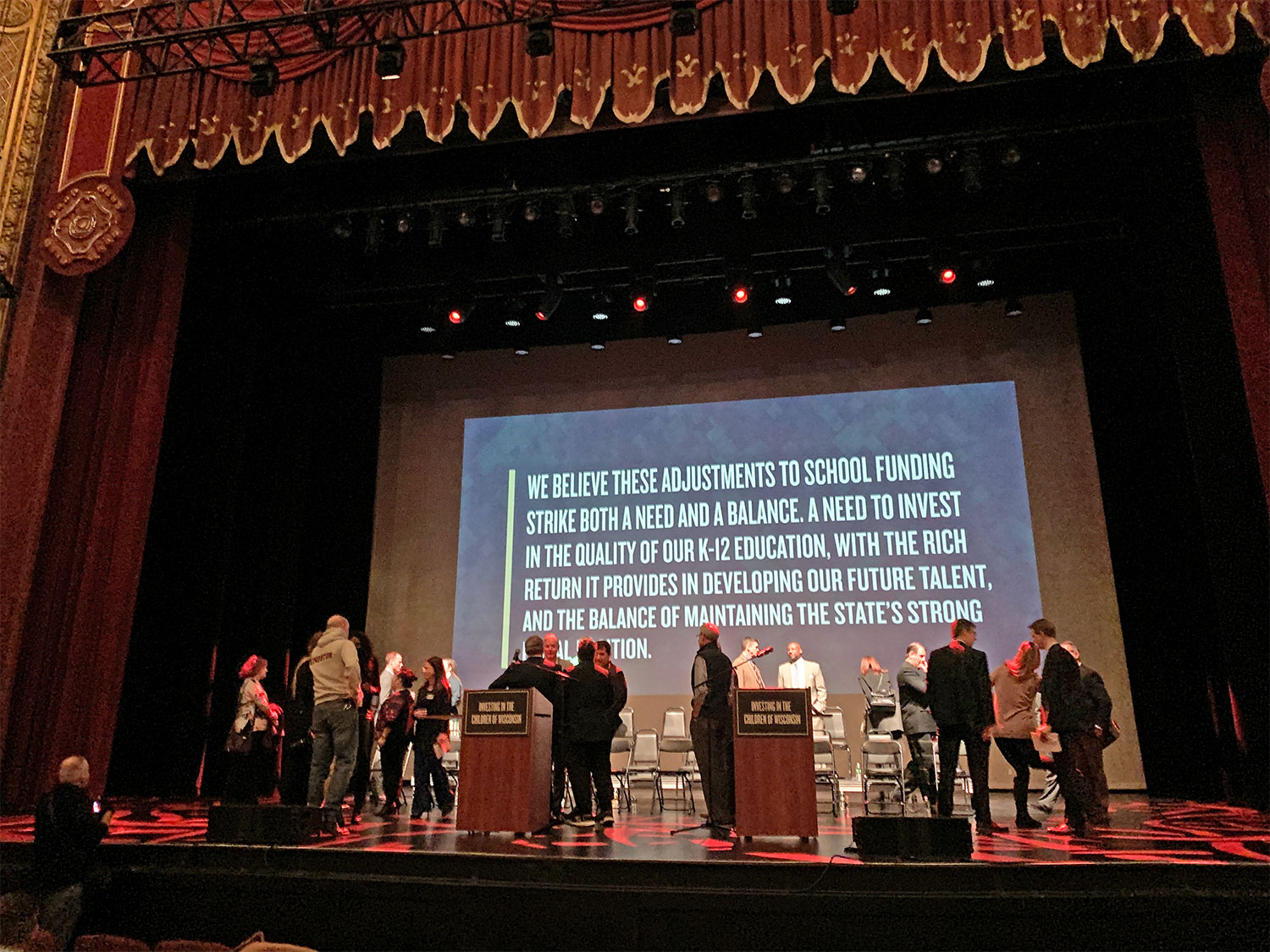