The following article originally appeared in the May edition of Colectivo Coffee‘s “Off The Record” print-only periodical/crossword puzzle. You can pick up “Off The Record” free of charge at all 13 Milwaukee-area locations.

Out in nearby Jefferson County sits Ixonia. The quiet Wisconsin town of approximately 2,000 people is probably best-known for, well, being a place you pass by when traveling between Milwaukee and Madison. However, Ixonia stands out because of the unorthodox way the small township got its name.

Way back in 1846, a town in the Rock River valley—then called “Union”—was divided into two separate municipalities. One half would be called Concord, but residents of the other town had trouble agreeing on a name. Legend has it this unnamed locale solved its issue of identification by having a young woman select letters written on slips of paper from a hat at random. Based purely on chance, “Ixonia” was drawn from the hat and the rest was history.

This strange fact got us thinking about the probability of repeating this phenomenon. To help us in our calculation, we recruited Milwaukee Record contributor Corey Baumann, who holds a degree in mathematics and education, and taught high school math for eight years before taking a position as GED Coordinator. Using the tile distribution in a Scrabble bag as his basis, Baumann figured out a formula to accurately narrow the odds of picking “IXONIA” within a millionth of a decimal point.

According to his findings, there’s a 1 in 1,029,335 chance of drawing the letters needed to spell Ixonia, and astoundingly unlikely 1 in 54,790,000 odds of letters being selected in that exact order. This got us thinking about some of the other six-letter name combinations this method could’ve yielded, and how likely each were to occur. Here are some locally-relevant possibilities we came up with (such as Wisconsin athletes, Milwaukee celebrities, renowned area musicians, and other items of regional note), along with our resident mathematician’s findings. 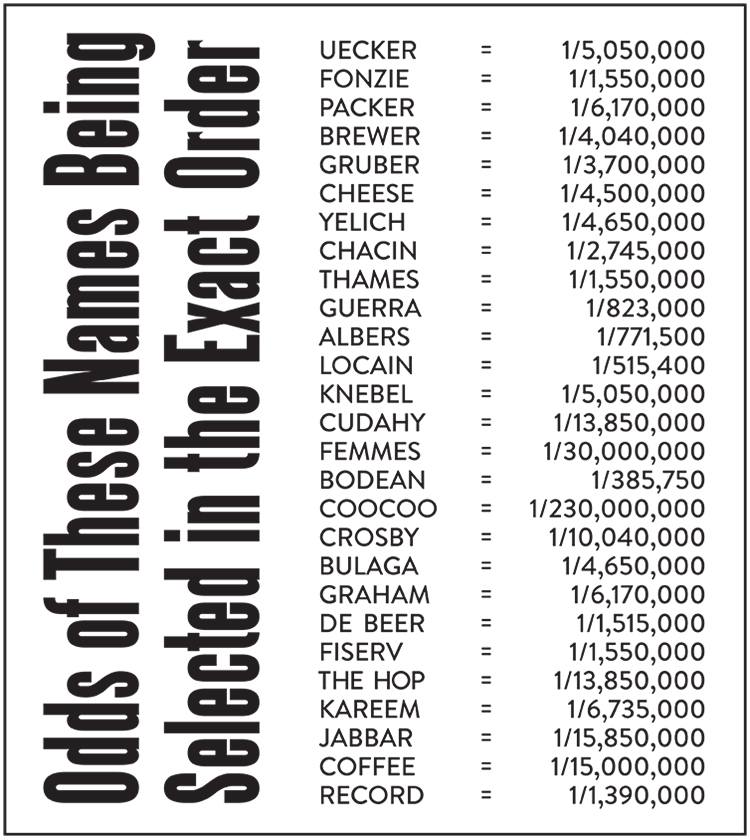 So next time you spot the Ixonia sign on the interstate, just think about a few of the literally infinite number of other outcomes that pulling letters at random could have possibly produced. Who knows, maybe this tiny Jefferson County town could’ve wound up being called something like “BoDean” or “Lo-Cain” or even “Fonzie” had the selection gone just a little bit differently. Even if it was the result of sheer chance, Ixonia actually kind of has a ring to it.

Here’s the answer key for the American Values Club Crossword Puzzle from the May edition of “Off The Record.” 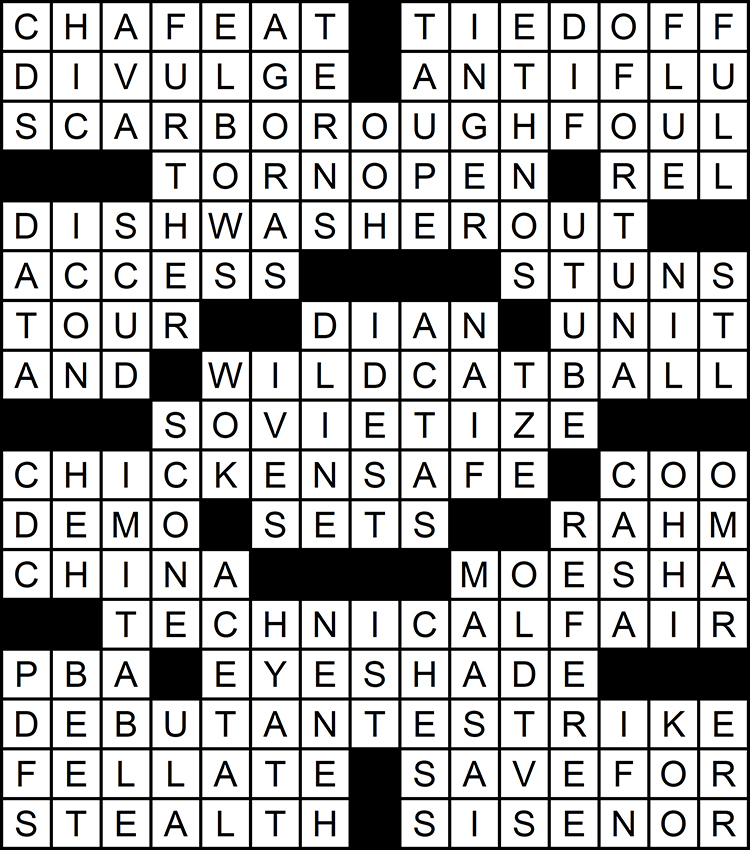