Last month, I spent the first half of my 21st birthday seeing a psychic. As a self-proclaimed superfreak, getting my cards read by Mary Ellen Pride seemed like the perfect way to spend my early hours as an adult who can legally drink (you know, instead of day drinking on a Thursday).

I would never lie in print, so I will confess that I’ve been to a psychic before. Twice. When I was 18, I was a lot less jaded, and I kinda sorta believed in life’s magical mysteries—astrology, witchcraft, karma, whatever. Now that I am three years older and wiser, that time is far behind me. Regardless of my better judgement, I decided to take a chance and splurge on one of Pride’s readings. Her online reviews were decent, and as hokey as they are, psychic readings are generally a good time. After all, Pride is the most renowned psychic in the city of Milwaukee (not that she has much competition). What’s the worst that could happen? 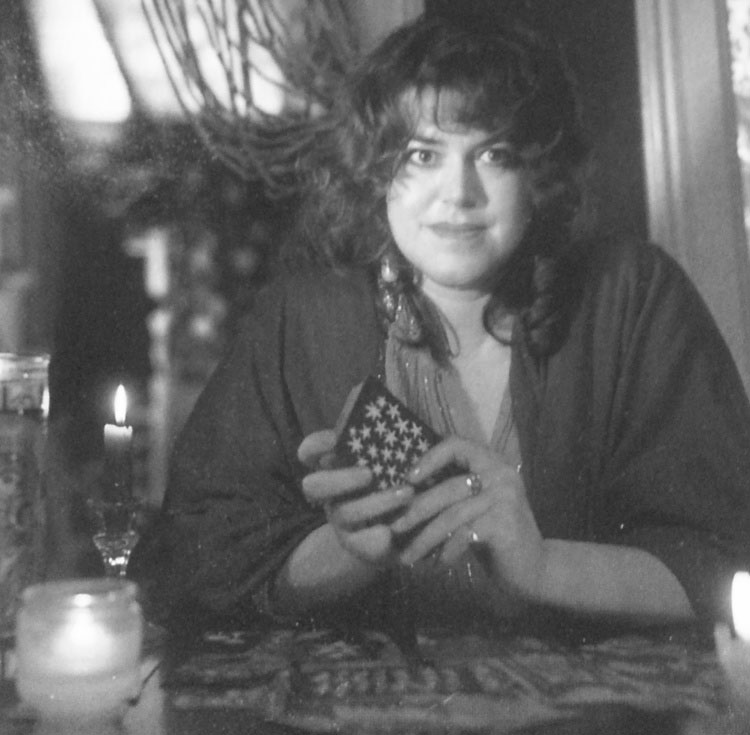 Mary Ellen Pride’s office is located inside the clocktower building on North Avenue, boasting a scenic view overlooking Whole Foods and Ian’s Pizza. I wondered if everyone in the lobby could tell my friend and I were about to shell out big bucks ($55 for a half-hour reading) to talk to a psychic. Did we look naïve? Probably.

We arrived at her door and gave it a light tap. “Just a minute…” she cooed. Spooky.

Upon entering her office, my eyes were drawn to various kitschy, magical goodies like tarot cards and crystal balls. Before the reading, she asked me a few basic questions about where I live and what I go to school for. Right off the bat, I couldn’t help but think: “You’re the psychic…shouldn’t you know these things?”

Pride cracked open a laptop that looked at least 20 years old and began my session. I gave her my name, birthday, place of birth, and time of birth. She then pulled up my natal chart, which can be accessed online for free. Did I seriously just spend money on something I can get on the internet for free? Maybe I am a sucker, after all.

She began explaining my natal chart after asking a personal question: “Does your family get to you a lot?” Uh, sure, a select few of them do. She continued, saying that my “career” as a “writer” is a wise choice because Jupiter is in my tenth house. She said she saw my life becoming extra stressful next May, and asked if I’d be graduating college around that time. No, unfortunately due to lack of sufficient funds I had to drop out for a year. I was warned that I would have an awful lot of things on my plate. Well, let’s see here: I have two jobs, freelance write, and go to college… I didn’t need a psychic to tell me this. Whatever.

She said September would be an ideal time to meet people and make new friends. How convenient…the same time that school starts again. In the event I was interested in anyone romantically, she encouraged me to make my move in September, too. Hmmm, I’ll pass on both. No (boy)friends, no masters!

The entire reading was nearly 45 minutes long, and for your sake, dear reader, I will spare all the dirty details. Mystical magical mumbo-jumbo aside, she did make a few accurate predictions. During my tarot card reading, she told me that she sees some fallings out with friends and that I would finally realize we were different people. Hey, I HAVE been arguing with my friends lately! She also told me to watch out for health problems with my stomach and warned me about elevated levels of anxiety in the future. To my dismay, both things are pre-existing conditions that I have, so either she really is psychic, or great at making assumptions based on peoples’ appearances. She also warned me of a work-related death, and unfortunately, that prediction came true, too.

Another accurate prediction was that I would struggle with a college class involving numbers. I’ve already failed math twice, so what’s a third time, right? She then warned me that I would struggle paying tuition more than I would like. Heh. “Overall, this isn’t bad,” she said near the end of my tarot card reading. “You’re gonna be fine.” Thank you so much for the reassurance.

The final part of my three-part session was a palm reading. She said I have a long lifeline and will hit my stride during the second half of my (long) life. I will have two major relationships that could possibly be marriages, and she told me to make sure I do deep research on anyone I am romantically interested in. What do I look like, an idiot? She also predicted a lot of traveling with a number of overseas trips. This sounds just fine and dandy, but with what money? I don’t have very much of that.

Even though I left feeling like I didn’t learn very much, my reading with Pride was still an enjoyable, spooky experience. It’s only been about six weeks since my reading, and a few of her predictions actually came true. Pride is funny, charming, and certainly has an air of mystery to her, just like the psychics in movies. I’d probably go back…but only if she sees reduced-priced readings in her future.