Some places come and go, while some signs become icons. Mandatory Milwaukee is all about the latter. Join us as we revisit beloved and well-worn local staples with fresh eyes, and explore how they might figure in the city’s future. This week: TURKEYS!

Wherever you go, there they are.

Enjoying a lovely stroll through a lovely park? Hey! There they are! Skipping down the sidewalk on the East Side, Riverwest, Bronzeville, Downtown, the Third Ward, Walker’s Point, Bay View, or literally any Milwaukee or Milwaukee-adjacent neighborhood? Hey! There they go! Driving on the goddamn interstate? Yep, not even an endless ocean of concrete and traffic can keep these things at bay. GET OFF THE ROAD!

We’re speaking, of course, about Milwaukee’s famous (infamous?) wild turkeys. Once thought to only haunt the thick brush of fancy East Side parks (shout-out to the old Eastside Turkey Facebook page), these hefty feathered beasts are seemingly everywhere these days—especially during the spring and summer. Their presence never fails to unnerve: It’s weird that birds this big are just randomly roaming through the city, right? Where do they come from? Are my children and/or pets safe? 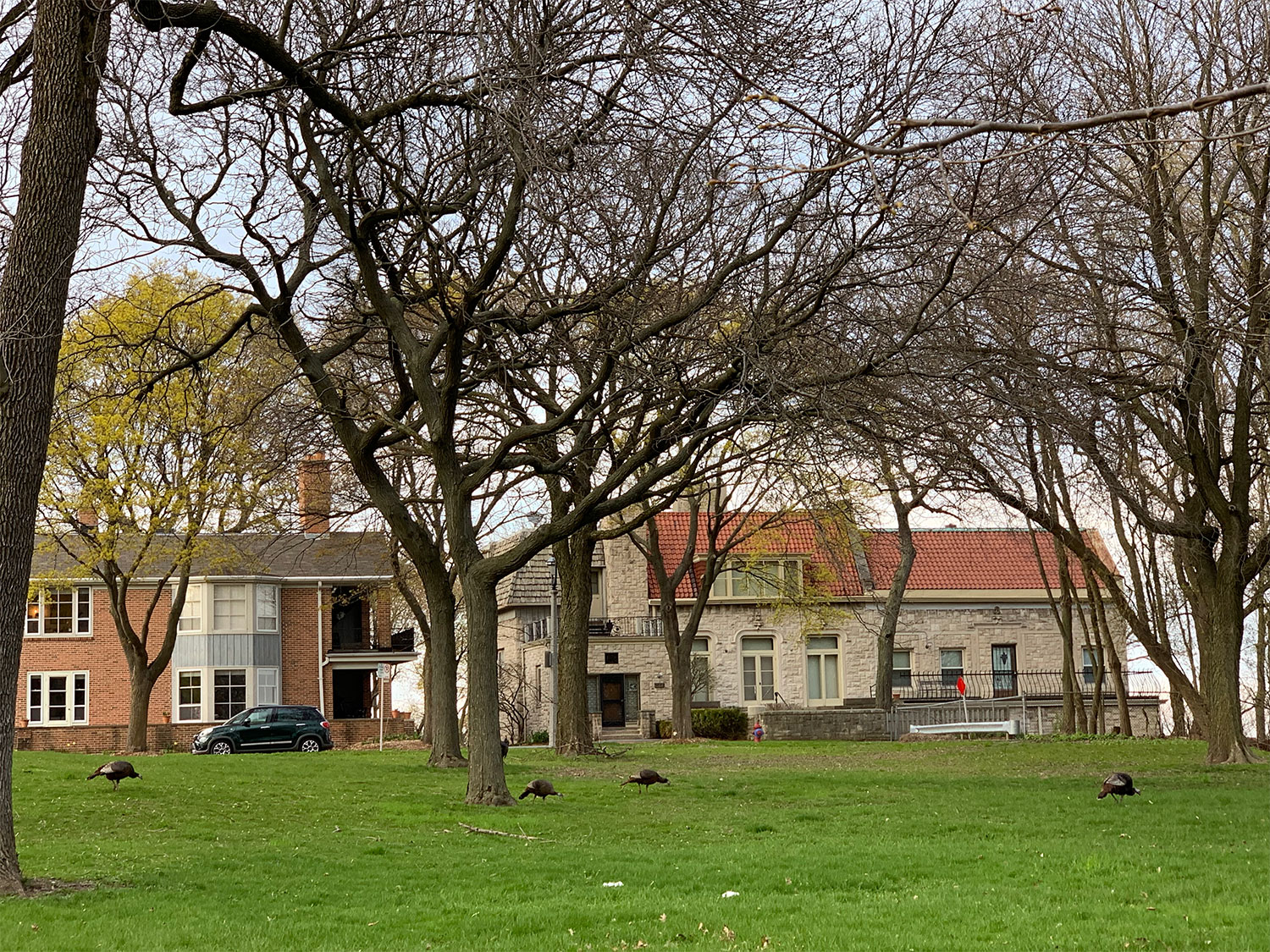 Let’s answer the second question first: Where do they come from? Turkeys, it turns out, are relative newcomers to Wisconsin. “The restoration of turkeys in Wisconsin ranks as one of the greatest wildlife management success stories in the state,” says the Wisconsin Department of Natural Resources website. “Absent from Wisconsin as recently as the 1970s, turkeys are now so abundant that Wisconsin spring turkey harvests rank among the largest in the nation. They have also proven surprisingly tolerant of harsh winter weather, with populations established throughout the northern part of the state.”

But, as we all know, these lumbering loafs have populations established throughout the urban, southeastern part of the state, too. This is likely due to a combination of A.) loss of habitat, B.) a search for food following the winter thaw, C.) city residents feeding the things, and D.) a feisty breeding season that stretches from February to early June.

“Wild things are running out of space, due to neverending paving, building and expansion,” a local animal activist told OnMilwaukee in 2014. “I imagine the turkeys, geese, foxes, deer would prefer wild and secluded spaces, but it’s possible the more territorial animals are claiming what little is left. I find the whole thing very troubling.” 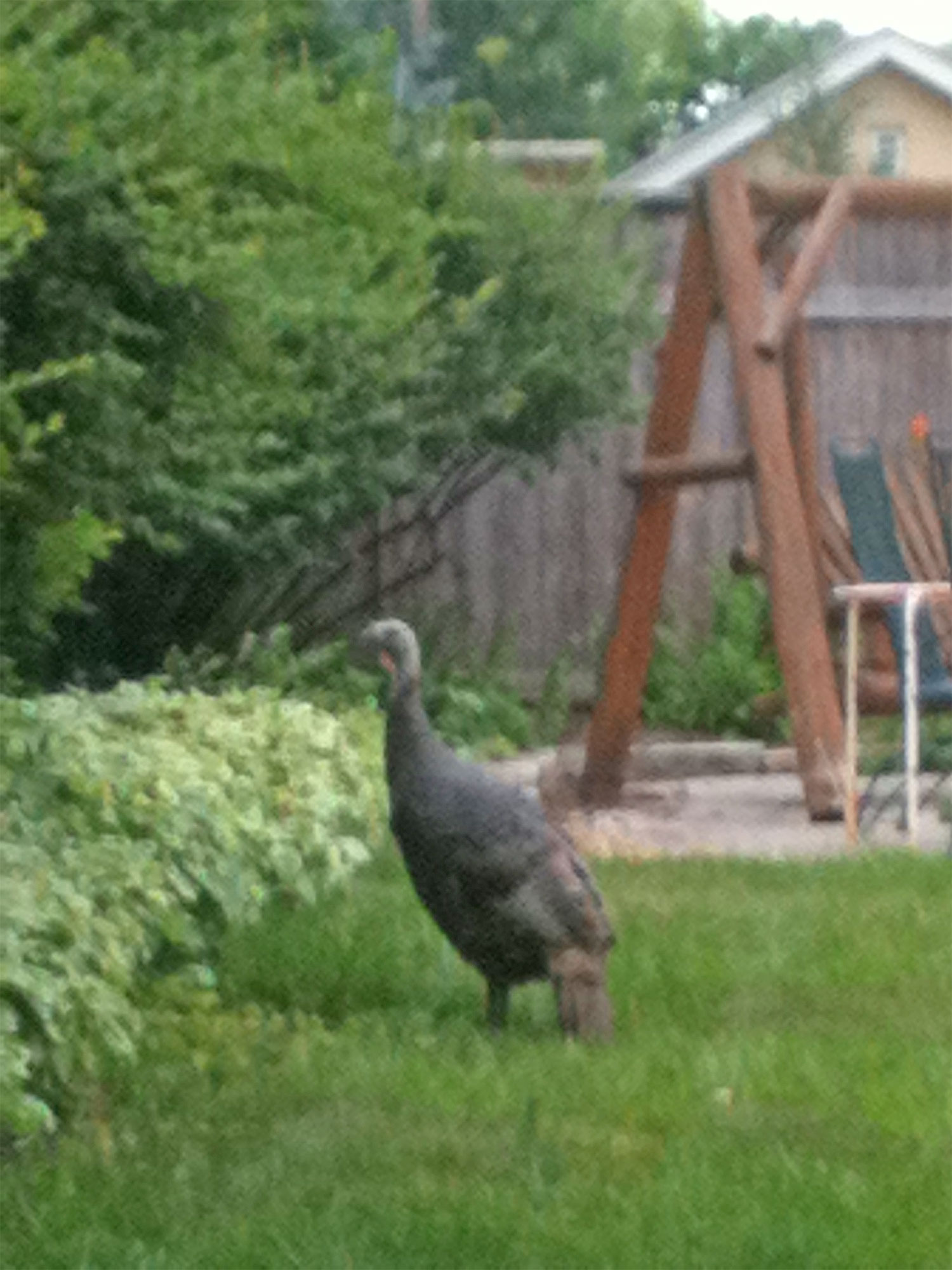 Speaking of troubling, let’s get to the second question: Are urban turkeys dangerous? Most experts don’t think so (“They’re not going to hurt you,” a DNR ecologist told the Milwaukee Journal Sentinel), though some recent headlines out of Wauwatosa tell a different story:

It gets zanier. In February, Wisconsin Wildlife Services not only captured three particularly nasty Tosa Turkeys, but they killed them, too. (“After they were captured, the birds were provided to a processor and given to local food pantries,” reports the Journal Sentinel.) Did someone create a petition calling the capture/processing “unjust”? You bet they did.

“Use caution, and if the bird approaches you, typically you can scare it away if you yell at it or wave your arms or something like that,” the DNR ecologist told the Journal Sentinel. “That’s typically going to be enough to deter the birds.”

And yeah, don’t feed them. They come to expect food from humans, and they may get aggressive when that food doesn’t appear. Oh, and definitely don’t pose your infant child next to flock of them. That would be dumb. 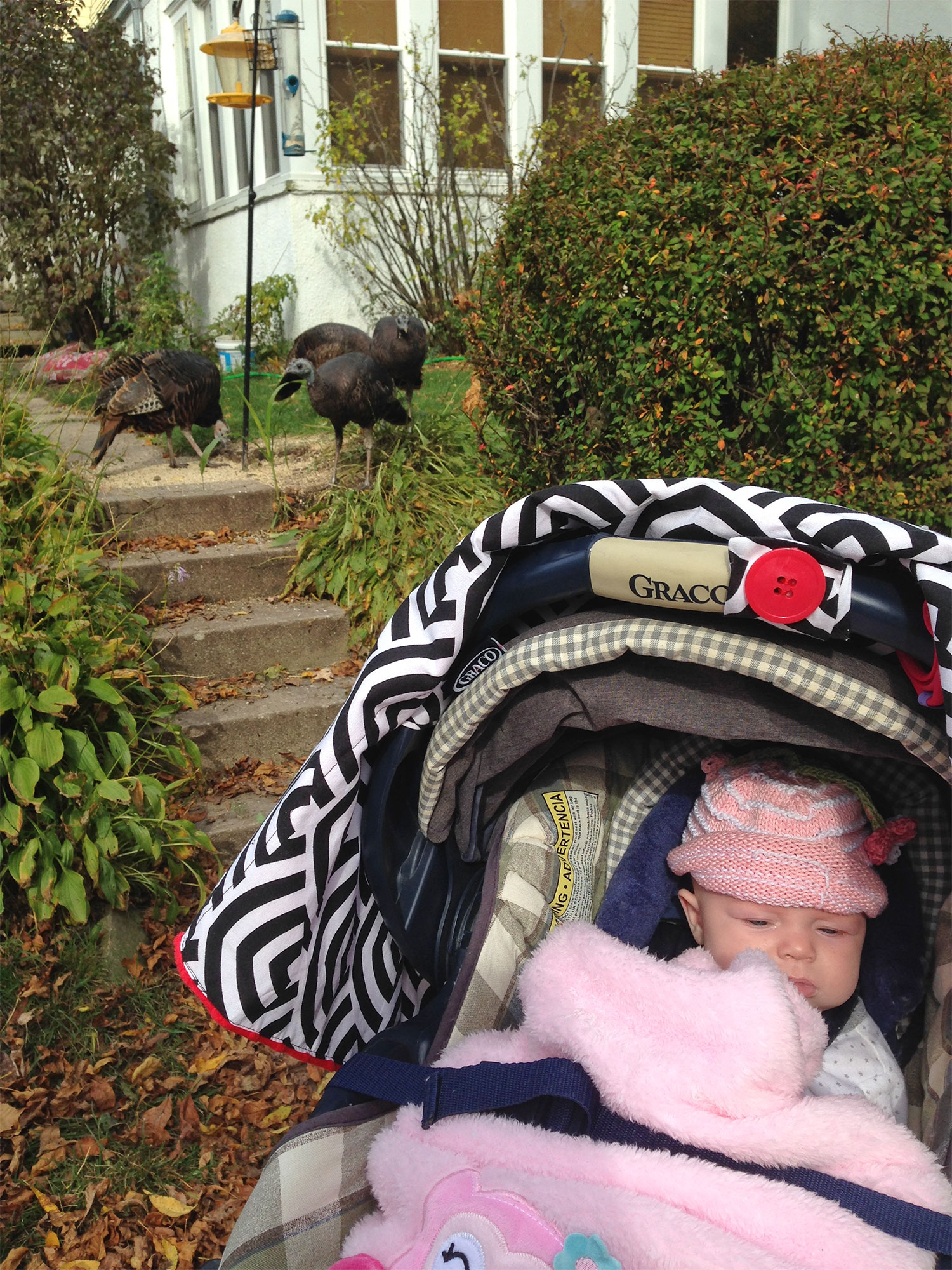 And now for the first question: It’s weird that birds this big are just randomly roaming through the city, right? Well, yeah, it kind of is. But, unless they’re blocking traffic or getting kind of pushy in Tosa, it’s also kind of great. Urban wildlife can be dull. How often do you stop and admire a random squirrel or a dirty, dirty goose? Foxes are okay, but raccoons and possums are just gross. Turkeys, on the other hand, are just the right combination of unlikely and majestic, weird and wonderful. May they roam, flock, gobble, and do whatever else they do in the city for years to come.